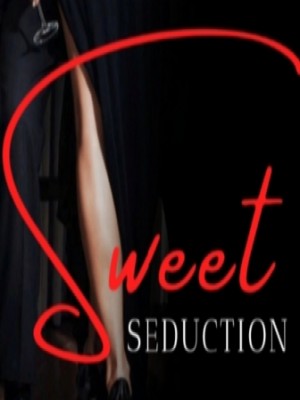 Kamille never thought that she would fall in love to their gardener. Even though she was used to getting everything she wanted but it seemed that she would have a hard time when it comes to this man. He was too elusive for her, and even though she almost exposed her own body to him still it has no effect for this man. Could she make him fall in love with her? Or will she fail for the first when it comes to a man? Is it possible for him love her? What if she doesn't only want to just get his attention? What if her heart was already captured by him too?

Kamille get up in the bed when she heard the voice of her Nanny Hilda. It was eight o'clock and she was late for school again.

She got up quickly and took the towel hanging from the hanger. Her room is still messy because she has not been able to face it to fix it.

She is 21 years old and graduating from the Tourism Management course. This was really her dream since she was a child, and now she will almost reach it. She study hard because she want her family to be proud of her.

"Kamille! What's the used of the alarm clock in your room? If I hadn't woken you up, you would still be making a map," Yaya Hilda preached to her.

She scratched her hair and went downstairs to eat breakfast first.

"Nanny, don't preach me. Let's just eat," she said to her Nanny with a smile. Her Nanny just shooked her head.

Her Nanny Hilda has been working with them for 15 years and she was the one who raised her. Yaya Hilda is like a second mother to her because her parents are not in the Philippines. They are busy running the company left by his grandfather.

"Hurry up Kamille, you will be late for school again," she reminded her.

She just nodded to her Nanny Hilda, she was used to her sermons everyday. She just smiled at her while biting the sandwich in her mouth.

She hurried to eat and went straight to the bathroom to take a bath, she also hastened to dress up so that she could not waste the rest of the time. Even if she is just arranging things that need to be fixed for her upcoming graduation, she should not just be petting.

"Nanny Hilda, I'm leaving!" She said goodbye and ran out the door.

Nanny Hilda just followed her with her gaze, she almost tripped in a hurry. The heel of her shoe is a bit high.

She even heard the last thing that Nanny Hilda said, she just smiled.

She is really happy with her Nanny, despite her parents' busyness at work, Nanny Hilda is the one that fills in the gaps just so she doesn't feel alone.

When she came out the door she caught their driver talking with someone in the garden, it was not familiar to him. The man is a new face, maybe its their new gardener because their gardener Mang Isko recently passed away.

She approached to call the driver because she had to be delivered to school.

They were talking and seemed disturbed by her arrival.

The man didn't even approach her with a single glance, he wouldn't even greet her.

It seems strange for her. In their place, she is always noticed by men, but this man in front of her now is the opposite. She could feel his loss of interest for her.

"Franco, this is Senyorita Kamille, the only child of Sir Ricky and Madam Verna," the driver introduced her to him.

Because of that their gardener finally looked at her but only quickly and turned his back to her after. She must say that he is handsome and had a sharp nose, he look like a Mexican.

The man only bowed slightly after removing the wide-brimmed hat he was wearing.

"Hello Franco. Nice to meet you. Do your job well okay? I hope we can be a good friends" She smiled to him but their gardener didn't say a word, he avoided looking at her.

What is this man's problem?

"Come on Ma'am I'll take you to your school," their driver said and caught her attention.

She walked to the car while she was confused with their new gardener.

Well that gardener is freaking handsome but look crazy too because he don't even look at her.

She feel embarassed. She felt mad. Why she seems to be affected by their gardener's actions? Maybe it's because she's just not used to it. She felt ashamed for herself.

For the last time she looked at the man before turning around, she could not read the emotion reflected on his face.

Even while she's already in the car she can't get their new gardener out of her mind. There is a part of her personality that is disgusted because she is not used to being acted like that, especially by men.

She don't think he understood it.

"Oh Ma'am, I'm sorry if you're not used to that. But Franco is really quiet," he explained.

"Where did Daddy get him? You've known him for a long time?" She suddenly seemed interested.

"He is Mang Isko's grandson, and yes I have known him for a long time, that's why he is always in town because he is a mechanic there," he said.

Hmm that's why. He was the grandson of Mang Isko, their former gardener who passed away.

She just nodded to the driver, but her mood was still angry because she was a little disappointed earlier.

She looked at herself in the mirror. She feel ugly because of what Franco did but she don't think she will allow a man to act like that to her. She is not used to it and she will not accept it.

She raised an eyebrow, and then sighed,

What if she seduce that man? She make sure that he will never reject her when she seduce him.

Gradually a smile flashed on her lips because of the plans that suddenly entered her brain.

"Let's just see if my charm can't get your attention Franco," she whispered to herself.