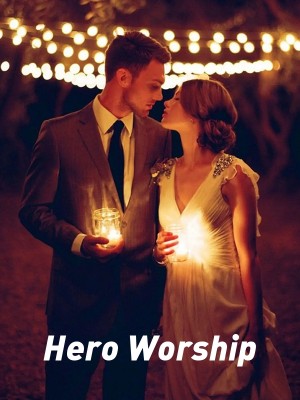 Paramedic Alex Sullivan has always thought Matthew Carter was attractive. But there are reasons why Alex knows he shouldn't get involved with the younger man. Taking Matt in as a housemate seems like a recipe for disaster.<br><br>To Alex’s surprise, Matt not only proves to be the perfect roommate, he also makes no effort to hide his attraction to Alex. Matt knows what he wants. Can Alex be the hero Matt already thinks he is?

It all started at the wedding.

My best friend Carrie was getting married, and she insisted not only that I be there but that I put on a tuxedo and be part of the wedding party. I’d tried to protest, but she wasn’t having it. And really, she was the only family I had, so I couldn’t say no.

I stood out among the rest of the tuxedo-bedecked groomsmen, and not just because I was Carrie’s man of honor. My Irish pale skin, dark-brown hair, and brown eyes were in stark contrast to the groom’s brothers, who all looked like they had stepped straight off the beach after spending the day surfing in the sun. Carrie had teared up a little, in the way brides often did, and I cupped her face in my hands.

“Don’t. You’ll ruin your makeup,” I teased, because she hardly had any on in the first place. She gave a little chuckle.

“You’re the most handsome man here,” she said with a sniffle, her eyes tender. Then she gave a mock grimace and added, “Except for my husband-to-be, of course.”

“Well, that’s the truth if I ever heard it,” I agreed emphatically because I knew it would make her laugh.

We’d met in college. Well, she’d been in college, and I’d been getting drunk in a bar and trying to pick her up. She told me I was the cutest puppy she’d ever seen. We sat in a dark corner and ended up talking the whole night. We just clicked instantly and bonded over soggy nachos and our lack of family. Carrie only had her dad, after her mother had run out on them when she was still little. I never knew my father, and my beautiful, strong, amazing mother had lost her battle with breast cancer the year before.

When the night ended and I was walking her to her car, I gave her a critical look and said, “We don’t have it, do we?”

She was right on my wavelength, the way she had been all night. “Sexual chemistry? Not even a little bit. But I’m pretty sure you’re the best friend I’ve ever had. Wanna live together?”

She’d been teasing when she said it. But the truth was, we got along very well, and over the next few months, we had gotten together a lot. When her roommate suddenly moved out and she couldn’t make the rent on her own, she’d given up her apartment and moved in with me. And we’d been basically inseparable ever since.

And that was the reason I was sweating my balls off in a double-breasted tux in the heat of summer, trying my damnedest not to look like I would kill for a little air-conditioning. Why Carrie had to have an outdoor reception in the middle of June was beyond anyone’s guess. The workings of my best friend’s mind were best left alone.

I was on my feet and running before it even registered that Carrie had screamed my nickname, the one only she called me. After ten years, I was well trained. I made it to her in record time, saw the panic and fear on her face, and automatically reached for her. But she shoved me away and pointed.

I turned fast, and adrenaline burst through my veins. The groom’s brother, sweet little Matt, was tugging at his collar, gasping for air. He was gripping the back of a chair like he was dizzy. He couldn’t stand up straight. His face was blotchy, pale patches standing out starkly against red, angry hives. I was at his side in seconds.

I was a paramedic. I knew anaphylaxis when I saw it.

“Call 9-1-1!” I barked at the crowd that was gathering even as I eased Matt to sit on the ground. I tore open the bow tie at his neck and popped the buttons on his shirt in an attempt to make it easier for him to breathe. But the wheezing was getting worse, he was gulping air like a landed fish, and his eyes were filled with panic.

“Do you have an EpiPen?” I asked, going into work mode. My voice was low, soft, and reassuring. I wanted him to calm down. But Matt couldn’t answer. He was grasping at my shoulder, and his eyes begged me to fix it.

I kept a firm hold of Matt even as I turned to his brother. “Does he have an EpiPen?” I repeated. There was no comprehension, no answer. It didn’t seem like the man even heard me. “Luke!”

The groom shook himself and gulped. “No, he’s not…He doesn’t have any allergies—”

He might have kept speaking, but I tuned him out. My focus was on my patient. I had my fingers on his neck and was counting out his pulse—it was high but not scary yet—desperately trying to figure out what I could use to intubate Matt if his throat closed up before the bus arrived. There was no way I was going to let this kid die.