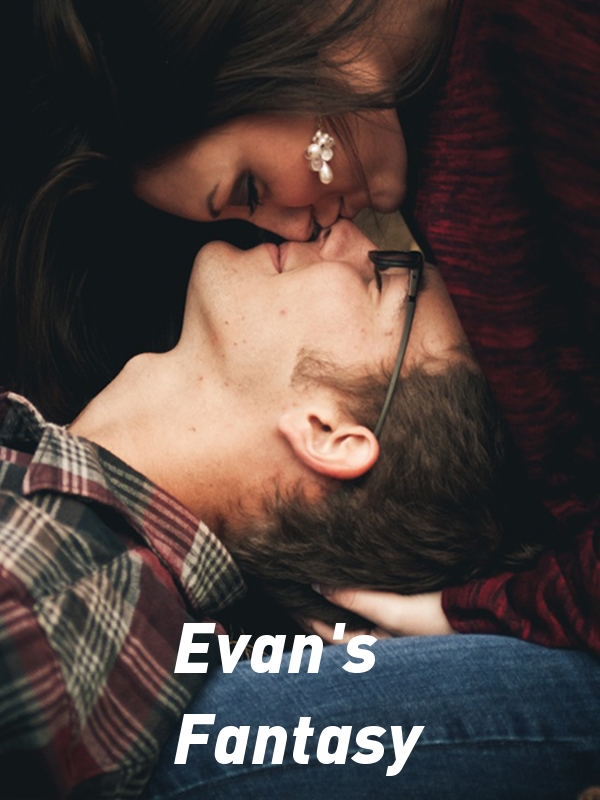 Evan is crazy about his roommate’s best friend, Nick, but has kept it secret for months. When Nick catches him in a compromising position, moaning his name, the cat’s out of the bag.<br><br>Surprisingly, it turns out Nick feels the same way about Evan, and he wants to play. With the house to themselves for the evening, will Evan’s fantasy become reality?

I groaned out loud when I pulled into the drive and saw the shiny new black Ram pickup. Nick’s vehicle. Shit. Nick was my roommate’s best friend and, putting it simply, he was a walking wet dream. He featured heavily in my nightly jerk-off fantasies. Standing at 6’2”, with thick and wavy dark mahogany hair, twinkling green eyes framed by dark, thick lashes, and full pink lips I liked to imagine wrapped around my cock, I was pretty sure he starred in a lot of people’s fantasies.

Nick always had a shadow of a beard—dark stubble I ached to feel against my own clean-shaven cheeks. Inaddition to all that beauty, he was muscular, too. Like a football player. I knew he was hairy because I had been lucky enough to see him at the pool several times. He dripped masculinity.

So what’s the problem, you ask? The same problem I always ran into. He was straight. Straighter than anarrow. Straighter than the crow flies. Isn’t that a saying or something? He was so straight, it was almost stereotypical. He played football in college. He dated the hottest blonde cheerleader with huge tits all four years at the university. When he graduated, he joined the military. The Navy. A sailor. I once saw a picture of him in his dress uniform and blood rushed down to my cock so fast, I almost fainted.

He got out of the Navy when he turned twenty-eight and moved back to town for good, so I’d had quite a few opportunities to ogle him from afar as he and my roommate, Jack, got reacquainted.

I didn’t even meet Nick until he moved back here, but over the years Jack had regaled me with stories from their college days. By the time I finally met him, I’d already developed a little crush on the legendary Nick. Meeting him in person only solidified that crush.

Of course, over time, my crush grew into something more real. More emotional. I’d fallen pretty damn hard and, even though I knew I had no chance with him, I hung around him as often as possible.

Because that’s what I did—I always fall for the impossible ones. The straight ones. The guys who don’t even know I exist. I swear I have some kind of death wish.

Who was I kidding? Lately? Hell, it’d been more than five months since I’d been with a man.

I wasn’t even sure why I was having so much trouble finding someone. To be perfectly honest, I’d kind of given up looking at this point, because nobody compared to Nick. Until I could get over my feelings for him, I really just needed to find a fuck buddy. Someone who could rock my world when I needed it, butno strings attached. Since I was too hung up on Nick to really give a relationship a try, it wouldn’t befair to any other guy.

So no strings was what I was looking for. Unfortunately, no takers lately. I’m not a sex god like Nick, but I’m not awful looking. I try to keep fit. I guess some people would call me a twink, but I don’t really like that term. I stand at just under 5’8” and have light blond hair that feathers over my forehead, pale blue eyes, and what some would probably call delicate features. I am definitely not a big guy.

I like wearing trendy clothes and looking good, though. Who doesn’t, right? Tonight I wore a pair of dark, slim fit jeans with a tight teal V-neck. A pair of new sneakers completed the outfit. Yes, I was a skater in my high school and college days, and now that I was twenty-four, I still liked the same style of clothes. The board had long been relegated to the garage, though.

I stared at Nick’s car and sighed deeply, resigned to not having the house alone tonight as I’d planned. Grabbing the six-pack I’d just purchased at the liquor store around the corner, I climbed out, slammed the door a little harder than necessary, and headed inside.

The lights were off, so I flipped on the living room lamp and glanced around. Hmm. No sign of anyone here. Maybe I was wrong. Hope began to bloom as I strode down the hall and saw Jack’s bedroom door was closed.

“Jack?” I called out tentatively.