Home/ Super Powerful Son-In-Law Ongoing
I used to be a loser, now I have money, women and fame. 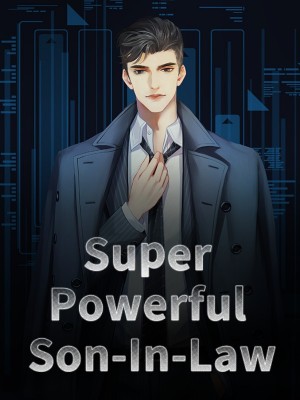 Tang Guang's so called wife spent all his money, the problem was that this money was left by him for his grandfather's surgery! The worse thing was that his wife didn't love him at all, all she cared about was his money. That's why when he ran out of money, his wife left him without hesitation. Tang Guang lost everything, but he was not defeated. He was abandoned by everyone overnight, but he started from the beginning and built his empire once again, step by step. His conquest would not stop, and he would make those who had betrayed him repent. A great journey has just begun...

"Ten days ago, I still had two million in my card, but now I only have five hundred left. Ye Wan, where is my money?" Tang Guang frowned and looked at his wife who had just been married to him for ten days.

Ye Wan was tall and slim. Her skin was fair and her figure was slender. Her curves were exquisite and clear too. At this moment, she lowered her head and did not dare to look directly into Tang Guang's eyes. Around her were her parents, brother and brother's girlfriend.

It was supposed to be his wedding night, but his grandfather, who had raised him for many years, had a sudden stroke of the brain and was sent to the hospital overnight by him.

After ten days of treatment, it was confirmed to be a brain tumor, and the operation cost was six hundred thousand!

Originally, for Tang Guang, although it was difficult to pay six hundred thousand, he could still pay it out. However, after a check, he found that there were only five hundred left in his card! The operation would be carried out tomorrow. If he didn't pay all the money, the operation would be stopped!

In any case, Tang Guang did not expect that his two million balance which he saved in these five years of hard work would only leave five hundred!

"Where is the money?" Tang Guang stared at Ye Wan's eyes.

Ye Wan lowered her head and didn't dare to look directly into Tang Guang's eyes. "My brother needs to get married. He can't live without a wedding house. I lent him the money."

Before Tang Guang could speak, his brother-in-law, Ye Kun, said, "Hey, sister, what did you say? Didn't you say that these two million is for me before? I'm going to marry Hong Xin soon. I can't live without a house."

His girlfriend, Hong Xin, said, "Yes, I definitely want a house. You are our sister and brother-in-law, so you should help us."

His father-in-law knocked on the table. "That's right. Ye Wan has only one younger brother. It's natural to give money to her only brother."

"We haven't bought a house ourselves yet, have we? My grandfather needs six hundred thousand for his surgery now, and he needs money urgently." Tang Guang suppressed his anger.

His mother-in-law suddenly said, "How can we do that? The hotel in which Ye Kun and Hong Xin will have their wedding has already been booked. Now if you are going to take away the six hundred thousand, how supposedly can they buy a house and get married? Besides, your grandfather is old. He can only wait to die after he caught that disease."

Tang Guang's face suddenly darkened. "That's my money. I worked hard to earn it. It's also my premarital property!"

"What your money my money? You and Ye Wan are already married and were a family now. Why do you still want to separate your money from hers?" His mother-in-law said in an unhappy look. She was about 50 years old. Her cheeks were bare and her cheekbones were very high. She seemed like the ones that were not easy to deal with, but her daughter Ye Wan was very beautiful.

Her younger brother, Ye Kun, looked like a rogue. "Anyway, I'm going to buy a house and a car using this money. I've already looked at the house and I'll pay the down payment tomorrow. I've also already booked a new BMW 5 series, which was very beautiful."

Speaking of this, his eyes were full of yearning.

"Ye Wan, my grandfather is going to have an operation tomorrow. If it is delayed for even a day, it will have a great impact on his condition. I hope you can understand." Tang Guang suppressed the coldness in his heart and looked at his new wife.

She was a perfectionist and said that she would stay the best until the wedding night, so Tang Guang had not touched her yet.

Ye Wan looked embarrassed, and then she said, "Tang Guang, can you consider it for me? I only have one younger brother."

This kind of look was so strange and terrible. She had known him for around five years, but she had never seen such a look.

After a moment of silence, Tang Guang finally said, "Then sell the house tomorrow morning."

As long as he could save his grandfather, the house could still be bought afterward. But Ye Wan's next sentence almost made Tang Guang want to kill them.

Ye Wan said, "The house... I mortgaged it a few days ago. My brother owes eight hundred thousand before, and he could not think of a way anymore."

The house was under Ye Wan which Tang Guang bought for her before marriage.

"Ye Wan!" Tang Guang clenched his fists and couldn't help it anymore. He had known Ye Wan for more than five years, and his brother-in-law, Ye Kun, had never worked before and had only been supported by Ye Wan! Ye Wan's salary of more than a hundred thousand a year was all compensated to Ye Kun.

His brother-in-law slammed the table and stood up. He pointed at Tang Guang and said, "Tang Guang, how dare you scold my sister? Believe it or not, I'll call several people to kill you now."

His father-in-law also shouted, "Tang Guang, what do you want to do?"

His mother-in-law said, "At worst, you can get divorced!"

Tang Guang walked up to his brother-in-law and looked down at him coldly. "Give me two million now!"

Ye Kun's scalp was numb under his gaze. "I don't have money to give you, take my life then!"

Tears appeared in Ye Wan's eyes. She hurried over and stood in front of Tang Guang. "Honey, I only have one brother. Why can't I help him?"

Tang Guang suddenly turned his head. "What about my grandfather? My grandfather is still lying in the hospital, and his life is in danger at any time. Are you going to watch him die like this?"

"Are you sure you don't want to give back my money?" Tang Guang looked at Ye Wan.

Tang Guang opened the door and saw a tall young man in a white suit standing outside. The suit looked very noble, and there was a Patek Philippe watch on his wrist.

"Who are you looking for?" Tang Guang frowned.

The young and handsome man ignored Tang Guang and fixed his eyes on Ye Wan. "Ye Wan, I'm back."

Qin Hao went straight into the room and said, "I didn't tell you before because I wanted to go to London to study. I came to you as soon as I returned to Penoi today. By the way, I'm going to take over Penoi's Pharmaceutical Business."

Qin Hao said, "I know, but I don't care. You didn't promise me back then, so can you give me a chance now?"

The eyes of his in-laws and Hong Xin suddenly lit up.

This Qin Hao should be the heir of Penoi Pharmaceutical Business!

He was a super rich man then.

What did he mean?

Trying to pry his wife in front of him?

Qin Hao turned his head and took a deep look at Tang Guang. "I won't give up on Ye Wan."

Qin Hao shrugged his shoulders indifferently and laughed. "Uncle, auntie, call me if you need anything."

Then he swaggered out of the room.

Looking at Qin Hao leaving, his in-laws were lost in thought. When Tang Guang saw their expressions, the coldness in his heart became even more terrible.

Compared with Qin Hao, Tang Guang was too ordinary.

If they knew that there was a person like Qin Hao, his father-in-law and mother-in-law would never agree to let Ye Wan marry Tang Guang. However, Ye Wan was determined to marry him, so they could do nothing about it. Moreover, it was Ye Wan's grandfather who made the decision before his death.

He said that Tang Guang was good was the hope to revitalize the Ye family. Anyways, the father-in-law would never believe it.

How could Tang Guang, a loser, revitalize the Ye family? What a joke?

Tang Guang contemplated for a while. What should he do to save his grandfather if he had only 500? Did his wife cheat on him?