Home/ Love of Hindsight Ongoing
On the day I got married, my husband threw a divorce agreement to me. 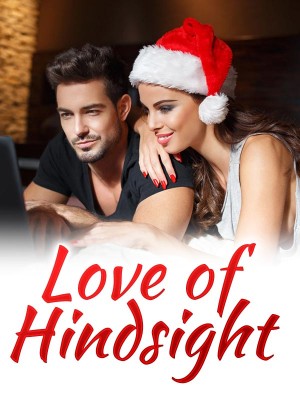 "Sign the divorce agreement." On the day Abigail got married, her husband threw a divorce agreement towards her. Long ago, Abigail's father lost his own life while trying to save a man named Barrett Cooper. To repay the kindness of Abigail's father, Barrett betrothed his grandson, Nathan, to her. Now, Nathan Cooper was an arrogant man, but he married Abigail under his grandfather's pressure. There were rumors that she took advantage of her father's death by pressuring Barrett into having Nathan marry her. Hence, in Nathan's eyes, she was likely a vain, greedy, and scheming woman. Unexpectedly, Nathan couldn't help defending Abigail while she was bullied by his family. Gradually, Nathan realized that he has fallen for Abigail. But at this time, Abigail took out the divorce agreement and said she wanted to leave him...

With a voice as frigid as a thousand winters and as emotionless as a machine, the man standing in front of Abigail Gray threw a document onto her desk.

As she lifted her eyes, the title of the document imprinted itself into her gaze.

Long ago, while trying to save a man named Barrett Cooper, Abigail's father lost his own life. Perhaps because he felt bad, Barrett betrothed his own grandson, Nathan, to her.

Now, Nathan Cooper was an arrogant man, but he married Abigail under his grandfather's pressure.

As a result, Nathan was now giving her a divorce agreement right on the day they married.

It was no secret to Abigail that he didn't like her.

There were even rumors that she took advantage of her father's death by pressuring Barrett into having Nathan marry her. Hence, in Nathan's eyes, she was likely a vain, greedy, and scheming woman.

When she first heard the news of the betrothal, she rejected it.

Like Nathan, however, she was powerless in the face of Barrett's threats.

And while she was attracted to Nathan, she knew love couldn't be forced. Who was she to ask for reciprocation if he didn't have feelings for her?

Thus, she now withdrew a pen from her desk drawer and speedily signed her name on the divorce agreement without saying anything. Following that, she looked up and him and asked, "Satisfied?"

In response, he stared at her, a hint of inquiry in his deep eyes.

No doubt, he didn't expect that she would sign the document so directly and decisively.

"If you have nothing else to talk about, I'm going out."

After all, she had done what he wanted her to do. Not wishing to stay a moment longer, she got up and headed toward the door without waiting for a response.

However, as soon as the door slid open a crack, a hand flew past her head, slammed against it, and shut it heavily. Following that, someone towered over her.

It made her startle, but a low, husky, and magnetic voice spoke up before she could do anything else.

"What are you playing at, Abigail Gray?"

As her eyes fluttered nervously, she turned back and replied, "I'm not playing at anything. You don't like me, and I don't wish to be an eyesore. That's all."

"I wasn't aware you knew your place so well."

Nathan sneered, fixing his unfathomable gaze on her.

Blinking her eyes and trying to appear as sincere as possible, she nodded hard.

There was a cleverness behind her large, bright eyes, almost as if they could speak on their own. Despite that, he could not see a hint of insincerity in them.

It made him frown.

Could it be she was speaking the truth?

But if she was, why would she have pestered his grandfather into marrying them to each other?

Narrowing his eyes, he leaned in closer and pinched her chin, murmuring, "Playing hard to get, are you? You spent so much time and energy finding a way to get married to me. And now you're trying to act all well-behaved to gain my attention."

The malicious speculation made a lump rise in her throat, but she forced a smile and replied, "Time will prove whether I am or not."

An idea came into her head as she spoke, and she leaned in close to him, purring into his ear, "Or are you keeping me here because you're attracted to me?"

In the next second, he was shaking her off with disgust and stepping away from her.

Just as she had hoped.

In the blink of an eye, she disappeared without a trace.

Seeing how quickly she left made his face darken.

As his gaze fell upon the divorce agreement, he saw the scrawl of her name across it. Abigail Gray.

Strange feelings arose in him at that moment. It should make him happy that she knew her place, but when he thought of how she avoided him left and right, he felt inexplicably thrown off and irritated instead.

What on earth was she up to?