Home/ Dance For Me Ongoing
Crystal's ex-boyfriend didn't know the reason why she dumped him and took revenge on poor Crystal... 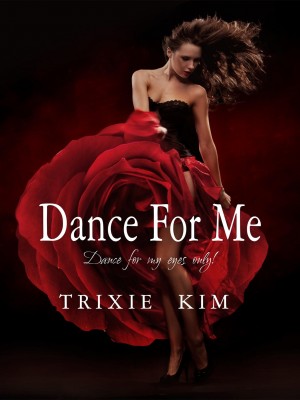 The Story of Crystal and Allan (The Bullies in My Sweet Hyacinth) . They had an unresolved past. She was once the belle and the cheer captain but also an atrocious bully in the university. . She was his first love. The woman he visioned to have a future with him. But it turned out their relationship was just a sham. She just used him to fill the hole in her heart to forget about someone. . Out of rage, he went overseas and returned when he was now the only qualified person to sit on the CEO chair of one of the most successful cosmetic businesses in their country. . At his homecoming party, his classmates asked why his ex-girlfriend wasn't invited. He just gave them a sneer and a loud chuckle while saying, &quot;I don't know that woman!&quot; . However, he had no idea while he was having a good time, she was also busy making money at a famous nightclub. . Tagged with the name 'The Moonlight Flower', she was a popular pole dancer with a mask. . What would happen if Allan Newly found out that Crystal Hills was that woman when he saw the tattoo on her upper thigh? . That 'A' tattoo she once requested to have when they're still in a relationship.

About
Table of Contents
Comments (95)

"Crystal, your number is about to start in twenty minutes. Are you ready?" Farra, the club owner and served as her older sister was striding to the dressing room while talking again.

She was always like this. Especially when she was nervous or scared. But that night, she was only nervous. The number of customers in her famous nightclub doubled again.

Since Crystal joined her ship about five months ago, her profit skyrocketed like crazy. Now, aside from the other ten dancers, Crystal had become the apple of her eye.

Crystal glanced at her reflection on the full body-length mirror once again then smiled.

"I'm ready!" she told Farra who at that time was holding her breath while she clasped her hands.

"You are so beautiful. But hey, stick to your rules, okay? No touching and oh!"

She took a black party mask that covered her identity aside from her club name and reached it to her.

"Don't forget this!" she smilingly whispered.

"Thanks!" Crystal smiled back before they left the dressing room.

She was wearing a two-piece black sexy outfit. Mixed with lace and cotton to cover her sensitive parts and at the same time a very light fabric easy for her to move or to swing her body every time she would do an acrobat.

"Alright, dear lovely guests. The one you've been waiting for!" the host said on a microphone.

"Good luck!" Farra uttered before Crystal took her post in the middle of the stage.

"The Moonlight Flower!" the host screamed as the spotlight flashed onto her while she was holding a pole in a sexy post.

Crystal was the famous pole dancer in Moonlight Nightclub.

"Yow! Our dear heartthrob at the university and our second most handsome man tonight, welcome back to earth!" Edward teased Allan who was sitting beside his friends and classmates in the university while holding a glass of brandy.

Her face was red and her glassy eyes squinted at him asking what he meant.

"Yeah! Coz I am the first!" Edward proudly uttered as he stood straight and tapped his chest.

Their classmates booed on him and shook their heads while laughing. But Edward just shrugged his friends' tease off.

"Yow, Allan! For sure you are staying here for good, right? Unlike before, you said you would only have a summer vacation but you didn't come back!" Edward suddenly became serious as he sat opposite to him.

Allan who was sitting comfortably on the couch beside Genie and Melissa just gave him a light smile. He reached out for the bottle of brandy on the center table and pour himself a glass.

"Since I'm going to start leading dad's business, then I guess that's a yes!" he winked as he gave them a shallow smile.

The Newly garden had a lap pool and two gazebos. Some of his friends were grilling barbeques while drinking beers and wines.

Others were having a wild party in the water. The garden was illuminated with lamp posts beside its benches and lantern lights hanging over the pool

"Oh yeah! My bestfriend is back!" Edward exclaimed while he and Allan made a high five.

Allan just chuckled at Edward's reaction. When suddenly, his phone rang. He glanced at his friends for a while then got up. He excused himself while his friends nodded and followed him with their confused gaze.

"Hello, babe! You are at the gate? Okay, wait there. I'm coming!" his voice was gentle like speaking to a baby.

His strides were fast like he was running out of time. When he saw a beautiful woman in a sexy red one-piece with wavy blonde hair, he hugged her tight and gave her a throbbing kiss.

"Hmm, babe! Your place is a bit hard to find. Maybe next time just pick me up. Please!" the woman's surreal voice mixed with her hot hug was making Allan melt on his spot.

"Okay, next time I will just pick you up. Come here, I will introduce you to my friends!" Allan smiled.

His love and care towards the woman were head over heels. He wrapped his hand immediately around her shoulders shouting his ownership.

When his friends shifted their glances at them approaching towards their seats, they all gawked.

"Guys, I would like to introduce my babe to you. This is Sherry. Babe, they are my classmates and my fellow cheerleaders before!" Allan's face was blushing while Sherry gave them a light smile and a simple wave.

But the three remained rooted in their spots. Till it was Edward who released a fake cough to nudge Genie and Melissa.

"Nice to meet you, Sherry!" Edward started as he also waved back.

"Hello!" both Genie and Melissa uttered while giving her a wry smile.

Allan stepped aside and held Sherry's waist as he gestured her to sit beside Genie before he sat beside her.

When they settled down to their seats, Edward started asking.

Both Melissa and Genie moved their heads closer. They were all agog to hear their answer. Sherry glanced sweetly at Allan first before she replied.

"Well, at the bar. He was drinking alone at the counter at that time and I was alone, too. We glanced at each other then that's it. We became this. Who would have thought our relationship would last for a year now!"

"A year?" both Genie and Melissa exclaimed.

Sherry glanced beside her and nodded at Genie and Melissa.

When Edward noticed that Sherry's smile was turning to a baffled look, he immediately shut the two down.

"Forgive them. During our cheerleading days, they're the so-called twins. They rhymed when they spoke!"

Both Genie and Melissa frowned at him in an instant. Twins your a*s they thought.

"All right!" Allan who was just quietly listening sat straight and stared at Sherry who was becoming uncomfortable.

"Babe, do you wanna go for a swim?" he asked sweetly.

"I would love to but I didn't bring any swimsuit with me!" she replied in a kittenish voice.

It made Melissa coughed while Genie nudged her.

When Sherry gave them a puzzled look, Allan gently took her hand and guided her to get up.

"Don't worry! I bought you your swimsuit. Come. Your gift is in my room. Happy Anniversary, babe!" Allan uttered as he gave Sherry a deep kiss.

Before they could come back to their senses, the two already went inside the villa.

"I can't believe it. How could Allan do that?" Genie shook her head with annoyance.

"He met that woman~"

"Melissa, her name is Sherry!" Edward cut her out.

"Shut up!" Melissa scowled at him.

"What I'm saying is, he met that woman at the bar at this date?"

"So, what if he met her at this date?" Edward couldn't still get what the two meant.

"Edward, you are hopeless! Are you still our friend?" Genie was also getting annoyed at him as she splashed the remaining liquid of brandy to him.

Edward was too late to dodge it. His shirt was soaked and he smelled brandy all over. He had no choice but to take his shirt off while giving Genie a sharp stare.

"Why did you that?" he annoyingly asked.

"Coz you are forgetting what's the special date tonight, st*pid!" it was Melissa who replied.

"What?" Edward asked back.

The two took a deep sigh of frustration before they immediately dropped their shoulders and frowned at him more.

Edward who was about to drink his beer halted and finally got their point.

"What's the matter?" when Allan's voice almost made them jump to their seats.

They had no idea that he was already behind them but where was his girlfriend?

"Ahm Allan, where is Sherry?" Genie anxiously asked as she glanced behind him. Hopefully, he didn't hear what they were talking about.

Edward who was always the brave and really chatty one couldn't control himself to ask.

"Yow, man! Why didn't you invite our cheer captain?"

"Who's cheer captain?" Allan's face turned dim like he suddenly remembered something.

"Crystal, man! Your ex-girlfriend?" Edward was now anxious and so were Genie and Melissa.

Allan didn't just give them a deep stare but also a glare.

"I don't know that woman. Don't ever mention her again!"

He had been in the pool kissing Sherry for quite a while but the three were still dumbstruck with his answer.

"Does he even know what Crystal's life these days?" Edward whispered and his annoyance towards the situation was screaming loud.

"Just remember what she told us when she attended our graduation. Don't ever mention anything to him!" Melissa also shook her head.

What a waste of relationship they had they thought.