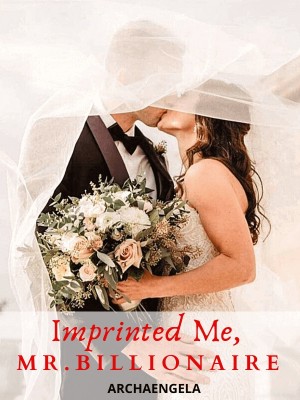 “Jessica? Come here, please?” “Oh? What’s up?” Jessica sat on the bed near Robert. “Come nearer, please?” Jessica scooted and stared at Robert. “Do you feel any pain in your chest? You must lie down and have a lot of rest.” That’s when Robert pulled Jessica’s hand, and she fell onto Robert’s body. “What are you doing?” Robert said nothing but stared at Jessica. Afterward, he touched her cheek, covered with a mask, with his thumb. “You're beautiful.” Jessica’s voice was strangled when she said, “W-what are you doing?” How is their love story next?

About
Table of Contents
Comments (49)

A beautiful woman entered The Best Food office on Monday morning. Her dress was asymmetrical black with low cleavage, perfectly showing her hourglass shape and plump figure. Belinda Heriawan was assigned by her father, the Healthy Nugget company owner, to manage a cooperation contract between the two companies. Healthy Nugget is a large company in Jakarta, as well as in Indonesia. The branches are in all major cities in Indonesia. Likewise, distribution channels to various suburbs in Indonesia are also available.

Meanwhile, The Best Food company is an international company with one of its branches in Indonesia. The Best Food center is in Texas, America, and the CEO’s hometown. Belinda came to DBS Tower, the central office of The Best Food in Jakarta.

Anton, the assistant of The Best Food CEO, asked Belinda to wait in the waiting room. While waiting, several male staff deliberately went back and forth to steal a glance at her. The room was full of glasses, so everyone who passed by could see anyone inside the room.

Belinda had been used to that and also the envious gazes of women. She deliberately dressed like that since she hoped it would be easier for her to apply for the contract with her sensual look. No man had ever resisted her charms before. If the CEO were a perverted man, it would be even better and help her succeed in her job.

The purchasing department should be the one who handled the cooperation contract offer. However, because the number of products offered by Healthy Nugget was up to thousands of tons, Robert, the CEO, dealt with the negotiation himself.

Belinda and Anton walked until they reached the front door of the CEO’s office. Anton opened the door and let Belinda come to the office. “Mr. Robert, Ms. Belinda, from Healthy Nugget, has come for the eight a.m. appointment.”

Anton immediately left his boss’s office. As soon as the CEO’s chair turned, Belinda could see the figure of the great CEO. Robert Morrison, the CEO, was an American. He had received a lot of coverage in the mass media for his prowess to make The Best Food into the top international food company in just three years.

As soon as Belinda saw Robert, she was amazed. Robert was far more handsome than the photo she had seen in a glance at the mass media. She should raise her head to stare at Robert’s grey eyes since their height difference.

Belinda flashed the sweetest smile she had, then immediately reached out her hand to Robert. “Good afternoon, Mr. Robert. I am Belinda Heriawan, representing Healthy Nugget. We want to ask for your time to negotiate our companies’ cooperation contract.” Belinda deliberately leaned forward in a provocative motion to reveal the tops of her breasts more clearly.

Robert stood up, looked at Belinda’s face for two or three seconds, shook her hand briefly, then sat down again. “Please have a seat.”

Belinda submitted a cooperation proposal to Robert. Clearing her throat, she explained, “Healthy Nugget has been in production since 1975. We have a significant market for frozen food products with a distribution network in big cities and suburbs. However, we are very interested in exploring cooperation with The Best Food considering your company’s export network and covering areas we have not yet reached. I believe it will be beneficial for both sides.”

Belinda tossed her dyed blonde hair to the back to reveal her long neck. After that, she continued, “You can see our company profile on page one to page five. We offer a direct selling system, with 25% profit-sharing offers for The Best Food.” She stopped for a while, then continued, “Our product prices are very competitive, which you can see on page six in the product price table. Our production line can handle orders of up to five thousand tons a month for each product type. There are fifty product types. We hope we will collaborate with The Best Food.”

Belinda gasped. “I’m sorry, sir, but we offer a direct selling system, not a consignment. Also, 40% profit sharing is too much.”

“Take it or leave it. With a 60% profit sharing for Healthy Nugget, that’s a quite profitable cooperation scheme. Moreover, it is a very reasonable percentage, considering Healthy Nugget is going to use our resources and distribution network to handle tons of your products in our system,” Robert replied.

Belinda was silent for a while, and then she used her seldom failed tactic. “I will discuss this first with my father. Then, after that, I will see you again.”

“Please do so. I will give you a week. But, more than that, I will consider that the Healthy Nugget rejects the offer from The Best Food.”

Belinda nodded while sighing. “Thank you for the time. Oh, Mr. Robert, may I have your cell phone number?”

Robert stared at Belinda, still with the same flat expression. “For all cooperative matters, you can directly contact my assistant, Anton. Just ask for his cellphone number. Anything else?”

Belinda was even more astonished. Usually, men would be happy to provide their cell phone numbers. But, even before she asked, they were the ones who usually asked for Belinda’s cell phone number. Though it was unusual for her to accept rejection, Belinda flashed a sweet smile. “Not for cooperation, Mr. Robert. I want to invite you to have dinner this Saturday night at my place.” She deliberately rested her hands on the table so that her body leaned forward, which gave Robert better access to view her cleavage.

Then Belinda added, “Oh, I also want to clarify something in the proposal, sir.” Belinda stood up and approached Robert, still sitting at his desk. Then, she pretended to stumble and grabbed Robert’s shoulder. Later, she even stroked his shoulder. “Mr. Robert....”

“I don’t understand what you mean.” Belinda continued her seduction by tracing Robert’s shirt collar with her finger. “I’m so amazed that you’re still young since I think the CEO of The Best Food should be old enough. You’re also very handsome.” After that, Belinda made her left dress sag, exposing her chest. Then, she pushed her left chest into Robert’s right hand shamelessly. “If you are interested, it will delight me to close our cooperation contract tonight at your place or mine. What do you say?”

As soon as Anton saw the situation in front of him, he immediately suspected what had happened. “Yes, sir?”

“Show our guest out.”