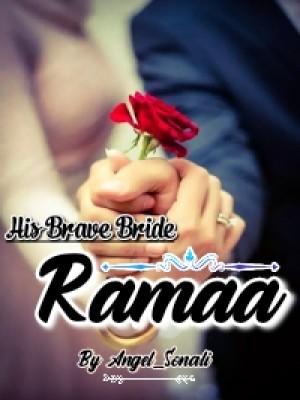 Sonakshi, a daughter of a grocery shopkeeper and a University student, lives with her parents in a village name Konkan. She is naive, sweet, beloved of everyone, an ideal daughter, a studious and hard-working girl. She falls in love with a guy named Sagar on a chatting website and he expresses his desire to meet her. He comes into her village and asks her to meet him near a haunted house where he tries to molest her. After his apology, she decides to give him another chance to maintain her deteriorating relationship and love. But a new face of Sagar comes in front of her. After watching her dreams shattering like glass, utterly devastated Sonakshi thinks she will never get true love in her life. And that's when He enters her life like a prince charming and a guide to change her perspective towards life and love and her career...

It was one of the hot summer days in April. Two shadows were returning from the river with two buckets full of washed clothes.

One was a woman in her mid-thirties and the other was a girl of sixteen. The woman was wearing a green cotton saree while the girl was in a simple salwar suit.

As the mother walked faster, her daughter remained behind while surveying the forest and the field, the deserted area out of their village- Konkan.

She was beautiful and slightly chubby, with short hair reaching up to her shoulders.

“Mom, the village has changed a lot in these five years while I was in boarding school!” The girl shouted from behind.

Suman, the girl's mother stopped and turned to look at her daughter who looked like a flower about to blossom.

“Sonakshi! How many times I have to ask you to pick up your pace and walk faster?” Suman shouted at her daughter while slightly panting. She then wiped the bead of perspiration on her forehead with the loose end of her saree.

Sonakshi pouted unhappily and started to walk faster towards her mother with the bucket in her hand.

“Hurry up. Your father must be waiting for lunch.” Suman started to walk again.

As they walked a few distances, Sonakshi stopped again. Her gaze fell on the enormous haunted house not long away from the dirt road they were walking on.

The house looked like an abandoned old mansion and it had lost its former glory and virtue. It was giving out a creepy feeling, making one's heart skip a beat at the first glance.

The roof on its left side had been collapsed and the front gate of the mansion was closed and secured with a big lock and several spellbound threads of different colors around it.

The mansion was surrounded by hay grass and through the gate, an old well could be seen on the right side of the house.

After walking a few steps ahead, Suman realized that her daughter has left behind again. She turned to look at Sonakshi and found her staring at the haunted house with an intriguing look on her face.

Suman's heart skipped a beat. “Sona!” She put down the bucket in her hand and walked back towards her daughter.

She held Sonakshi's arm tightly and started to drag her away from the haunted house.

Sonakshi looked at her mother in confusion.

“Mom, I am seeing this house since my childhood and have asked you many times,” Sonakshi started to speak in curiosity as she looked back at the haunted house. “Whose house is this?”

“Nobody!” Suman replied curtly and picked up the bucket in the way before starting to walk faster than before.

“Nobody? Then was it built for fun?” Sonakshi asked in sarcasm and tried to pull her arm back from her mother's grasp.

“It had some architectural fault. That’s why it was locked up forever. That’s it!” Suman replied while walking and maintaining her tight grip on her curious daughter's arm.

“Do you mean to say… this house is... haunted?” Sonakshi asked Suman in suspicion.

Suman didn’t reply to Sonakshi's questions. Sonakshi realized it was worthless to ask anything since the entire village was under the shadow of superstitions.

One day, she will uncover the mystery and truth behind this haunted house!

As they walked half a mile, the pair stopped in front of a dashing bungalow, which was a stark contrast to the haunted house Sonakshi had seen earlier.

“Whose house is this, Mom? It wasn’t here last year.” Sonakshi asked with her mouth agape.

Suddenly, a small and fluffy Siberian Husky ran out of the main door to the open gate from where Sonakshi and her mother were passing by. A girl around Sonakshi's age came out as well, running behind the puppy.

The girl was slender and she had long straight hair. She was wearing a gorgeous baby pink-colored one piece up to her knees.

She stopped at the gate and waved her hand at Sonakshi's mother. “Auntie!”

Suman halted to look at the girl and smiled at her affectionately. “Asmita, how are you?”

The girl named Asmita smiled widely. “I am fine, auntie Suman.” She then turned to look at the girl with Suman. “This is… Your elder daughter?”

Suman nodded and turned to look at Sonakshi who was looking at the puppy with sparkling eyes.

Sonakshi looked at Asmita. “Your puppy is so adorable!”

Asmita gave her a cheeky smile while nodding her head. “It is a Siberian Husky. My uncle gave it to me when we had gone to Pune. His name is Charlie.”

Sonakshi didn’t know much about dogs' breeds. She made an ‘Oh’ sound and remained silent, feeling slightly envious for not having a dog like Charlie.

Asmita's mother- Chhaya came out of the bungalow when she saw Sonakshi and her mother standing at the gate.

“Sister Suman, it’s noontime. Where did you go at this hour?” Chhaya asked Suman as she walked towards them.

Suman gave a smile to Chhaya. “Our Sona has returned from the hostel yesterday. We had gone to the river to wash her dirty laundry and bedsheets.”

“Oh.” Chhaya nodded her head in understanding. “River is the best option to wash the extremely dirty clothes.” She then glanced at Sonakshi who was frowning after hearing her mother talking to an outsider about her dirty clothes.

“Sonakshi, our Asmita is also in your class but not talented and studious like you. You will go together to college from now on. So help each other in studies.”

Sonakshi nodded her and smiled. “Sure, Auntie.” She then looked at Asmita. “Can I come here to play with your dog?”

Asmita nodded with a smile and picked up the little husky. “You are always welcome.” She then extended her hands towards Sonakshi. “I am new here. Will you be my friend?”

The smile on Sonakshi's face widened. She immediately extended her hand for a handshake. “Friends!”

And like this, the two girls became friends because of Charlie. It wasn’t a mere friendship that would end after completing school or college. It was the beginning of their journey from becoming best friends to sisters until eternity and their final breath.