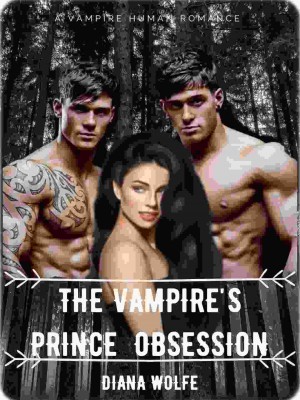 One day while walking home from her job, innocent beauty Rosaliyah Thomas finds a wounded young man bleeding and hiding from his enemy. When Rosa tries to save his life, the handsome pale eyes Adonis with a body to die for bit her neck and fed on her blood. Next thing she knows, Rosa’s been kidnapped from her broken home and is on a private jet with that man heading to the Carpathian Mountain. He introduces himself as Armand Makkari and it turns out that she had save the life of a vampire prince. Not to mention he wants her to become his bride? Warning: Obsessive blood sucking vampire royalty who will do everything and anything to claim his lady love in every sense of the word. Contain strong language and 18 rated scene. Read at your own discretion

A/N: This chapter is currently unedited. Rate and please do comment. Your thoughts are very much appreciated. Updates will be done everyday but if I miss one day, know that I probably have some personal stuff going on.  Minimum updates is 20 chapters per month. Thank you and God bless

PS English is not my first language so I might do grammatical error from time to time so please be patient with me and I'll do my best to fix it asap.

Plus, don't forget to check my book The Billionaire Broken Wife ;

A dark figure sat on a throne within a run down castle. His eyes, pale blue glows in the dark room with only the light of the moon giving life to the balcony across the throne. It reveals a cracked wall and marbled floors that has not been cleaned and few cracks robbed the historical drawings of its beauty.

The hair of the pale eyes man was short and barely visible in the shadow. Only the end of his hair that was expose to the light of the moon which is the only proof he has black hair that greatly contrated his his eyes.

He curled his lips and his fangs glisten at his visitors. Both man followed by dozens of followers and all has darker hair but piercing red eyes. A simple distinction and difference of their status and power.

All man bows down and only the two man in front, bigger, burlier and adorned in a uniform similar to the ones worn by a general raised their head. Both tries to look brave and put on a poker face for fear and anger was not an option when facing their superior but a roll of sweat running down the man in goatee made the pale eyes man snarled.

Ugly sounds echo in the room and the lowly soldier lowers their body even further for fear of his rage.

“Where is he?” Like a lion, he spoke with a growl that brings shivers down everybody’s spine.

“Where is his head?” He repeated and his voice was louder.

“My lord, we have send an assassin to him. He is in Vacherie, a place in America and badly wounded from the last time we saw him. He…”

The small table made out of pure rock hurled against the man’s head but he was quick enough to dodge it and ended up hitting one of the poor soldier behind him. Blood splattered everywhere.

“I asked, where is his head? Where is Armand’s head? Have I not made myself clear?”

The man beside him, smooth skin with no hair but long black locks move forward and face void of any emotion spoke.

“Forgive us for not having his head now, my lord. My brother, Malik is closer to him and had assured me that you will have his head… and even his heart by tomorrow. We even found out that Armand has find refuge in a home of a human woman.You will be king in no time, my lord.”

“A human? A woman at that? He can heal can he? How can you assure me he wouldn’t survive after your so called attack?” Pale eyes man chest heaving and his hands rested one either side of the throne arm.

The same man replied. “The royalty is bound by an oath, my lord. In his situation, there is no blood for him to drink from. The only way he could live is through sacred kiss. He is no fool to ruin his engagement with Lady Olivia and suffer the wrath of Sir Abram. He would choose the noble way.”

“Death. You better be right about this. And if he in fact desperate enough to perform the sacred kiss…”

He was silent as an idea blooms in his thoughts. A grin stretched out to his cheeks and he said to his men.

“You know what… if he did survive in which probably will, bring him and his bride to me. Beat some sense into him if you like but her… make sure she is unscathed. I am dreadfully curious about how she would look like…”

Both men tilted their head frowning. They look at each other and turn their gaze at their lord.

“But why? How would you know if he may fall victim to the sacred kiss that soon and why would you would want his…?”

“We are brothers. I would know what he would do and her, if he became desperate enough to perform the sacred kiss, I would like to know who is my sister in law. It’s normal for brother to share, is it not?”

His teeth glisten once more when he grinned once more.

“Marco, how long has it been since we have bedded a human woman?”