Home/ The Dragon's Magic Code Ongoing
After his wife slept with his best bro, he became the richest mystery guy, to seduce his dirty wife. 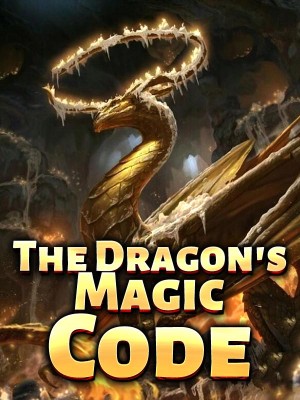 Lin Yan was poisoned by his wife on their wedding night. His wife said he was a loser and that she had slept with his best buddy a long time ago. The marriage was organized to murder him. After the poison, Lin Yan lost all his martial arts powers and he was abandoned by his family and friends and became a vagabond. However, a dragon with mysterious powers found him and claimed him as his master. This dragon re-empowered him, and from that moment on, he was determined to take revenge on all those who had abandoned him! He would make those who had despised him regret it, and he would get all he wanted! His great journey has just begun!

In Sun Country, people filled the Lin Mansion's courtyard. They seemed to be all in a joyous mood, making it a lively scene.

It was the day of Lin Yan's and Lin Qiaoer's wedding. One of the yards in the mansion was decorated just for this event, and bright red cloth and lanterns were hanging around the yard.

"The auspicious hour has arrived. The bride and groom may enter. Cue the music!"

All sorts of instruments started to play.

Under the adoring gaze of the crowd, a man and a woman in red wedding attire walked in.

The fifteen-year-old Lin Yan was handsome, talented, and presented himself as a gallant, upright gentleman. He gave off a heroic aura.

Even without intentionally circulating his vigorous Yuan Qi, one could feel it emitting from his body.

Lin Yan turned around. He looked at his wife, Lin Qiaoer, who was beside him with an adoring gaze. He smiled and lifted the red veil over her head.

As the red veil lifted, a beautiful face entered everyone's line of sight; her skin was fair, smooth, and delicate to the touch.

Her watery eyes were alluring, and her features were delicate, making her seem as perfect as a porcelain doll.

"Qiaoer, you look so beautiful today. It is my honor to marry you."

"Rest assured that I will always be by your side, and I will never let anything harm you."

Lin Qiaoer blushed a pinkish red as she nodded shyly. She then took two cups of wine from the servant beside her and handed one to Lin Yan, saying,

"Yan, this is to our marriage. From today on, we are husband and wife!"

Lin Yan received the wine and nodded joyously. He did not hesitate to down it in one go.

But she held her glass and did not drink it.

When she saw that his cup was empty, her face fell.

"Qiaoer, why aren't you drinking? I know. You want me to feed you, don't you?"

Just as he thought that she was being mischievous, he felt a sharp pain in his chest. It was as if thousands of sharp blades were stirring in him.

At that moment, Lin Qiaoer let out a snort. She looked at Lin Yan expressionlessly. The loving expression on her face disappeared as she spoke in a calm voice.

"Did you think that I would drink poisonous wine and end up like you?"

His face fell as he looked at her in disbelief.

A numbness spread towards his limbs, gathering in his Elixier Field and slowing his Yuan Qi. Even his strength gradually diminished.

His lips trembled as he struggled to speak.

"You poisoned the wine! I have always treated you well, so why did you do this?"

"Humph! Do you think a mere Middle-grade Spiritual Body like you is worthy of me?"

"Since there's nothing to hide now, I'll be honest. I have long been with your mortal enemy, Lin Tianyou!"

"It was Tianyou who asked me to teach you a lesson. He said that he is the only one who could practice the Heavenly Sword Finger Technique."

"And did you think that you stood a chance? In your dreams!"

"I'll take the Heavenly Pill as compensation for my mental and physical loss."

A smirk appeared on her face. She raised her hand, revealing a yellow medicinal pill.

It was the Heavenly Pill that his father, Lin Yue, had left behind before he disappeared.

At that moment, a middle-aged man stepped forward with a sharp blade in his hand and a fierce look in his eyes.

He stabbed Lin Yan's Elixir Field with the blade, saying, "Lin Yan, your Middle-grade Spiritual Body has outlived its purpose!"

Lin Yan shrieked from the pain.

A wrenching pain surged through his heart, tearing him apart and filling him with hatred and despair.

Slowly, he closed his eyes, entering a dark abyss that resembled hell.

"Lin Qiaoer, why do this to me? Why render me powerless?"

Lin Yan roared and sprang up from the bed. His face was pale and colorless.

He felt persistent sharp pain coming from all parts of his body.

He had initially thought that it was just a dream, but he soon realized it was reality.

"My Spirit Body, my cultivation, they're all gone!"

Lin Yan was miserable. His eyes were red as his entire body trembled uncontrollably in anger and grief.

Now that he was rendered useless from having his Spiritual Body destroyed, his cultivation dropped from the Seventh Stage to the Second Stage.

Moreover, having his Elixir Field destroyed meant that he wouldn't be able to cultivate for the rest of his life.

Just then, a creak could be heard.

The door opened, and a pretty girl who looked around seventeen of age, walked in.

It was Zhu Xiang. She was like a sister to him and she had accompanied him for many years.

After putting Lin Yan through that torture, Lin Qiaoer had snatched all the properties under his name.

They had to make do with a simple, remote house.

"Young Master Lin, please have a good rest. We can talk about it later after you recover. I believe that you'll teach that b*tch a lesson!

"Old Master Lin has instructed me to take care of this before he left. Now that it's returned to its owner, I have fulfilled my obligation."

Zhu Xiang felt sorry for Lin Yan. There was a pained expression on her face as she handed over a bright yellow, square-shaped jade pendant with the word Dragon written on it.

Just to put her at ease, Lin Yan squeezed out a smile. As he took the jade pendant, it flickered ever so slightly.

After she left, he tightened his grip on the yellow jade plate. His entire body began to tremble.

He knew that Lin Qiaoer must have achieved a High-grade Spiritual Body after eating the Heavenly Pill that she had stolen from him.

She had attracted the attention of the higher-ups of the Lin family thereafter, and the speed of her cultivation must have increased by leaps and bounds.

Meanwhile, he was dishearted and weak as he could only lie on the bed in this dark, shabby house, devoid of all dignity.

Lin Yan and Lin Tianyou were heirs to the Lin Family, both possessing exceptional talent.

They were known as the ultimate duo of the Lin family, but he was more powerful than Lin Tianyou.

Now that his Elixir Field had been destroyed, was it possible for him to cultivate?

Lin Yan felt hopeless. When he thought about how happy Lin Qiaoer and Lin Tianyou were, he got so angry that his entire body trembled.

His grip on the yellow jade pendant on his palm grew tighter. With a click, he broke the jade pendant into half.

Lin Yan was startled. He hurriedly looked at the jade pendant.

He noticed a small yellow flame emanating from the jade pendant, rising quickly into the air and turning larger.

It expanded several times of its original size, flew toward him, and devoured him.

Before he could react, he could feel his vision spinning as he grew dizzier.

When he finally regained his senses, he found himself in chaos.

Looking up, he saw himself surrounded by shining stars of all sorts of colors, painted within the endless Milky Way.

Beneath his feet was scorched soil, and he could feel the heat. The sky was filled with flying sparks, and there was a pungent burning smell.

Lin Yan lifted his head and saw a towering sign before him. It looked ancient as if it had withstood time.

The red and black streams continued to flicker, and he saw three words engraved on it.