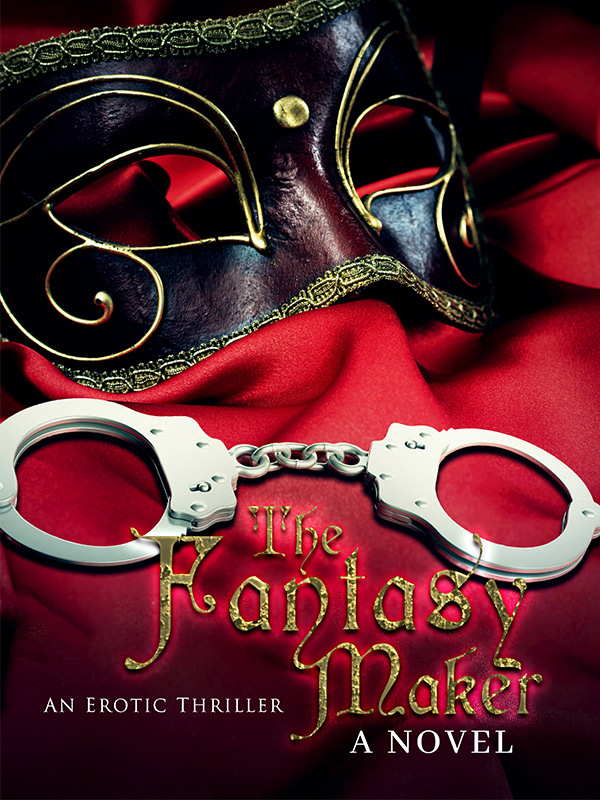 An erotic thriller that is part Fifty Shades of Grey and part Sweet Little Lies, with a character driven exploration of pleasure, sensuality, infinite eroticism and political repercussions. Thirty-four year old Emma Hamilton’s life is comfortable and predictable, right up to the moment she reluctantly enters “The Ranch”, an exclusive club where the wives of the ultra-rich and powerful surrender all inhibitions to meet every tantalizing desire. Far outside her element, Emma is initially swept away by the secret society that promises community, infinite eroticism and the fulfillment of every sexual desire limited only by the imagination. However, she soon discovers that her afternoon of pleasure comes at a shockingly high price. The more she learns about the “members only” club, the more she realizes the dangers lurking just behind the façade of sexual indulgence. With her family, life and the career of one of the most promising politicians in the country on the line, Emma goes up against a cadre of powerful players hell bent on silencing her before she destroys them all. The Fantasy Maker is created by Emily Kendricks, an EGlobal Creative Publishing signed author.

"Boys, if you don't settle down, I'm going to turn this car around and take you back home." Emma glanced in the rearview mirror at her two sons. "And then you'll have to sit in your bedrooms until your father gets home."

"But he won't be home until Friday," Justin moaned.

The boys immediately sat back, clutched their hands in their laps, and stared straight ahead as they had been told to do too many times to count. Emma slowed the car for a stop sign, glancing into the rearview mirror with a stern, warning look one last time before jabbing the power button on the radio.

Exchange one noise for another.

Her thoughts were a million miles away. As a popular pop song infused the car with its deep bass beat, she found herself thinking about recent trips she had made to the Pilot Point Spa and Resort. Or the Ranch, as it was called by its customers. She knew she should feel guilty, especially in light of the places those trips had taken her, both metaphorically as well as literally, but somehow the guilt lessened the more often she went.

Was that how it was when he cheated on her?

She had known about Steve's infidelity for what felt like forever, and yet, it seemed to color everything she did. Even now, as she went about her normal, Tuesday afternoon routine, she found herself wondering what he was doing while attending this software convention in New Mexico. Was he sharing his bed with a woman? Was she prettier than Emma? Did she do things Steve had never asked Emma to do?

It drove her crazy, her mind spinning in circles as she thought about it.

Maybe that was why she didn't feel so guilty about the time she'd spent at the spa.

Emma eased the car around a corner, the park where the boys' soccer practice was about to be held just two blocks ahead. She eased to a stop at a red light. The pop song had ended and the monotonous voice of a newscaster was talking about the state senate campaigns, an upcoming carnival, and other, trivial things she didn't want to think about right now. Emma reached over to change the station when she heard a familiar name.

"-found dead today inside his Pilot Point home of what appears to be a suicide. Thomas Morgan was only twenty-five."

The color drained from Emma's face. She could feel it, feel the tingle of her nerves reacting to the sudden lack of blood flow. Her hands tightened on the steering wheel, her foot pressing so hard on the brake that she was nearly standing. She stared at the radio as though she could see the newscaster's face, as though she could somehow convince him that what he had just said was a lie.

Tommy could not be dead.

Emma grabbed the spatula where she had dropped it on the floor, quickly shoving it under the faucet to clean it off before the pancakes burned.

"I did not," Emma said, biting her lip to keep from dropping an F-bomb as she flipped the black pancakes into the trash.

"She did," Justin chimed in, pancake syrup dripping from his chin onto the front of his clean shirt. "I heard her, too."

"Heck is not a bad word," Emma informed him as she dropped another batch of batter onto the griddle. "Use your napkin."

Justin rubbed the syrup from his chin with the back of his hand.

"Justin," Steve said, tossing a napkin at him, "your hand is not a napkin."

"Sorry," Justin said, wiping his chin with the napkin, tearing it and leaving little pieces stuck to his chin.

"Did you sign my permission slip, Mom?" Seth asked as he brought his dirty plate to the sink.

"The one for the field trip next week. I have to have it today."

Emma groaned as she dropped a plate of pancakes in front of Steve. "Did you tell me about it?"

"Yeah, I think so. Mrs. Anderson gave it to us on Monday."

Emma turned back to the counter, jumping at the spark that burned the tip of her finger as she yanked the griddle's cord out of the outlet. "Dammit, Steve," she cried, shoving her finger into her mouth.

"What?" he asked, moving up behind her.

"You said you would have that fixed."

She glared at him. "You're always busy."

"It takes a lot of my time to run a business and a city."

"Yeah, well, you were too busy before you became mayor." Emma yanked the front of her bathrobe around her body and pushed past him, gathering lunch bags out of the refrigerator.

"Let's go, boys," Steve said in that tight voice Emma recognized as his attempt to thwart a fight.

It only made her angrier.

"Here," Emma snatched the paper out of his hand and quickly signed it, not even looking to see what it said. She could have been signing away her parental rights for all she knew.

Emma ducked into the laundry room and grabbed a fresh shirt for Justin before she followed her husband and two children to the front door. She tossed it to Justin as the boys ran out the door with the enthusiasm only a nine and seven year old could have, Emma grabbed Steve's arm.

"The contractor," she said, finding it impossible to keep the irritation from her voice.

"Steve," Emma grunted. "For my darkroom."

Steve looked down at her, his eyes narrowed. "What are you talking about?"

She stepped back slightly. "We talked about this. You said that when things settled down after the election, I could build a darkroom."

"That was nearly a year ago, Steve. You owe me this."

His jaw stiffened, a thin muscle just under his right ear dancing under the skin. "I don't owe you anything." He jerked away from her touch, glancing to where the kids were pushing and teasing each other in the back of his Cadillac XTS. "Besides, who uses a darkroom anymore?"

"I do. And I'm tired of having to make do in the bathroom."

She crossed her arms over her chest, angrier with herself for the tears that suddenly flooded her eyes than she was with him. "Fine," she gritted out. "I'll deal with it on my own."

"You do that," he said, flicking his chin at her before stepping off the porch steps.

He paused, his hand on the wrought iron rail. But he didn't turn. Instead, he continued down the steps, calling out to the boys before climbing behind the wheel.

Emma watched them drive away, lifting her hand in a final farewell to the children before going back into the house. She leaned back against the front door, closed her eyes, and tried to push down the bubble of emotion that was making her heart pound and her breath come in short, useless puffs. This was not what she had signed on for. This was not the fairytale ending she had seen for herself when she accepted his marriage proposal all those years ago.

It felt like twelve years of confinement in her own, personal hell.