Home/ Reborn: He Can't Get Enough of Me Ongoing
After being reborn, I saw my own sister trying to seduce my husband. 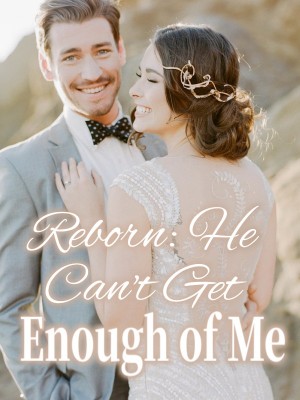 Reborn: He Can't Get Enough of Me

In the last life, in prison, Wen Ya watched her husband Gu Chengze and her own sister appear on TV together. Her eyes darkened and died. But how did she open her eyes and go back to nine years ago? Oh, so she's reborn! In this life, she would definitely not be at the mercy of others like in the previous life. She knew all the thoughts in everyone's heart. Especially her hypocritical sister, who framed Wen Ya to get a divorce and finally let her die in prison! Wen Ya would never let this happen again! Divorce? Impossible! How stupid she was in her previous life to give up her good husband Gu Chengze!

As the cell door slammed shut, Wen Ya was hurriedly shoved inside. She became unsteady on her feet and eventually fell to the ground.

The jail cell was dim, cramp, and stinky. A dish of rotten food was on the floor. Because there were so many flying insects above it, it smelled like a fly-infested area. Its stench was revolting.

Was this her first year behind bars? She couldn't think of it. Anyway, every day was horrible, and she wondered nearly everyday why she wasn't dead yet.

"Just starve if you don't want to eat!" said the prison guard sarcastically. "You deserve to starve to death!"

He then covered his nose and left, not wanting to stay for another second.

Rumor has it that the woman behind bars murdered the daughter of Cloud City's most prominent Ming family. She was imprisoned because of this.

The Ming family made special arrangements for her treatment in jail!

As a result, she had no one to blame but herself for her current predicament.

At this point, the TV in the monitoring room abruptly reported, "The president of DW Industries Trading, Gu Chengze, returned today and has already arrived in Cloud City."

"DW Industries Trading rose to become the world's fifth-largest financial company after a decade. What amazing achievements will Gu Chengze achieve now that he has returned?"

Wen Ya, who was emotionless, sat up straight and looked excitedly at the TV when she heard the words "Gu Chengze."

When the guards saw her like this, they burst out laughing at her earnest expression.

"What's there to look at? You don't even deserve to lick the feet of these big shots on TV with your dreadful appearance! You're like a toad lusting after a swan!"

Although the prison guard's words were unsavory, they were accurate.

Wen Ya lowered her head, her eyes reddening uncontrollably.

After years of being treated badly in prison, she looked like a ghost.

In addition to the burns and bruises covering her body, her voice was raspy.

Her once proudly beautiful face, in particular, was now riddled with scars, leaving only a pair of unfocused eyes that looked vaguely familiar.

But who would have guessed that the head of DW Industries Trading, Gu Chengze, was formerly her legal spouse? The one who had her in his palm?

Unfortunately, she was too haughty and pompous. She hurt him, the man who treated her best in the world. He had never appeared in front of her again.

He recently returned, according to the news?

On TV, a reporter questioned, "Mr. Gu, I heard you secretly married in the United States three months ago. Is this true? Did you bring your wife this time?"

Countless spotlights shined on Gu Chengze's face, but he remained as frigid as before and did not respond.

That's correct. He must enjoy a pleasant life now that she was not with him.

The reporter persisted, asking, "Mr. Gu, you haven't remarried since you divorced ten years ago. Will you still be sentimental about your previous marriage now that you have a new wife?"

Gu Chengze didn't even glance at the reporter on the camera.

The reporter was really persistent. Despite being ignored, she still followed him with zeal, like glue that wouldn't come off.

An extraordinarily pleasant female voice sounded from behind at this point.

"Sorry, everyone. Mr. Gu is not available for interviews, so please go back."

Only then did the reporters present see the woman standing behind Gu Chengze. Wen Ya recognized the woman's face with a single shot.

It was none other than her sister, Wen Yufu.

When the Wen family was framed, their capital chain was broken and they faced bankruptcy. Wen Yufu abruptly disappeared at that point, as if she had vanished from the earth.

How did she end up with Gu Chengze?

"Since Mr. Gu declined the interview, might Mrs. Gu say a few words to us?" questioned the TV reporter.

Wen Yufu's smile was proud in front of the camera.

"She is not Mrs. Gu," Gu Chengze said coldly as she was ready to say anything.

There was only one Mrs. Gu in the world.

Wen Yufu wasn't expecting him to reject it outright. Her bright smile stiffened suddenly, and she coughed to hide her shame.

She wasn't right now, but that didn't mean she wouldn't be in the future...

Gu Chengze looked at the camera and was ready to say something...

Far away on the other side of the country, in a dark and smelly cell, Wen Ya suddenly felt a nasty stomachache. She collapsed to the ground, curled up in agony, and called out for aid from time to time, but no one heard her.

Was she going to die in this dingy cell?

She was not giving up!

Gu Chengze on the television screen gradually became an illusion. Wen Ya eventually closed her eyes, died in the cell.

When Wen Ya awoke, she felt pain throughout her body. Her lower body, in particular, was excruciating.

She slowly opened her eyes and found herself on a beautiful velvet bed. Her body was draped in an exquisite silk blanket with a pleasant touch.

The scene in front of her was both familiar and foreign.

Wen Ya's eyes widely opened, and she sat up to take in her surroundings.

It was decorated in pleasant colors and featured a 270° wide floor-to-ceiling window through which she could see the beach and sea vaguely. Only her and Gu Chengze's wedding chamber from nine years ago equaled this beautiful and lovely sea view room in her memories! And this house had a name "Fengju".

Why was she here?

All of this seemed like a dream, but the aching sensation in her body informed her that it wasn't...

She really returned to nine years ago!

She was transported back to their first night as a 'real' couple, and there was only one month left before their divorce!

Wen Ya pulled the blanket to see her fair skin covered with hickeys. Gu Chengze left these the night before.

She pushed through the discomfort and dashed into the restroom. She was stunned when she looked at the woman in the mirror, who was still young and gorgeous!

"Am I truly reborn?"