Home/ Rebirth: The Cultivation King Is Back Ongoing
After I was reincarnated, I scared every one who knew martial arts! 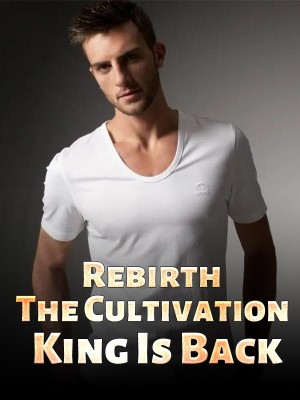 Rebirth: The Cultivation King Is Back

The King was in a fierce battle with the Four Great Masters from inferno, but he was hit accidentally. Then he was reincarnated into a new guy called Samuel Ling. Samuel was supposed to be a talent in martial arts, but he was framed by bad people and lost all the martial arts, turning into a nobody. All people even the servants would bully him. However, since Samuel was reborn, he got incredibly powerful skills and energy. The first day he arrived, he hit the servants badly. And his biggest enemy was approaching him...

About
Table of Contents
Comments (18)

"F*ck, it hurts. Am I not dead?" cursed Samuel Ling as he opened his eyes.

"Sam, you're awake. I was so worried about you," said a middle-aged woman as she wiped away her tears. Although she was in plain clothes, it could not hide the fact that she was a beauty.

Seeing that Samuel was in a daze, the woman inched closer to him and took his hand, asking, "Sam, are you alright? Are you feeling unwell? Don't scare mom, please."

How did this happen? Did he really reincarnate into a different realm?

Only then did he realize he was no longer on earth but in a realm called The Divine Land.

Before, he was in a fierce battle with the Four Great Masters from the Hell and decided to explode his own Dantian.

He thought that would be the end for him, but he was lucky to gain another chance at life.

Right then, this woman in front of him was the mother of his new life, Jodie Meng.

Jodie was looking at him with a tender gaze, saying, "I'm glad you're alright. Perhaps you should stop practicing martial arts.

Look at how much the others are bullying you for it. Your dad and I are worried about you. And it saddens me to see you hurt."

"Okay. Don't worry. I know what to do. Can you leave me to myself? I am feeling tired, and I would like to rest a bit more," Samuel said to her with a forced smile on his face.

"I understand. Get as much rest as you need. I'll be outside brewing some medicine soup for you if you need me." After drying her tears, Jodie nodded, tucked him in, and left with the door closed.

Samuel made out an excuse to make her leave, because he needed some space to sort out his hazy memories.

He came to realize why he had reincarnated to this "Samuel" in The Divine Land. It seemed it was fate that brought him here.

The "Samuel Ling" from this world was one of the eighteenth generation of the Ling Family. He was a brilliant martial artist.

On his fifteenth birthday, he had broken through the second level of cultivation, Martial Warrior, and into the lower third level of Martial Master. With that accomplishment, he became the most promising young martial artist in Mbourya.

Unfortunately, with fame came the jealousy of others.

Not long after that, someone launched a surprise attack on him and destroyed all his meridians. From then on, gone were his glory days as a Martial Master.

Not only did he not revert to the lowest cultivation level, Martial Disciple, but he was now a commoner, with zero cultivation at all.

Since then, the top of the city had fallen to a nobody.

In the Divine Land, martial arts meant everything. As a member of the top martial arts Family in Mbourya, Samuel was fated to be an ordinary person if he couldn't practice martial arts.

However, he was never a man to yield without putting up a fight.

Stubborn as he was, he poured his heart and soul into practicing martial arts.

However, two years of work was to no avail. He had suffered many jeers and remarks from those of the same generation of his family.

But none of them made him want to give up.

Just two days ago, the grandchild of the fifth elder of the family, Darren Ling, picked a quarrel with him and insulted his parents.

Although he did not mind others picking on him, he could not tolerate the insults of his parents.

Mad, he challenged Darren to a one-on-one fight.

In the end, he almost lost his life since his opponent was a Martial Warrior, while he was an ordinary man.

"So this is a world made for the strongest, huh? Just to my liking." Samuel said to himself under his breath. His eyes were sparkling from self-confidence as he touched his weak-looking body.

Soon, he found the swelling on the back of his head that had yet to subdue.

"I'll avenge you," he sighed before observing the room.

Although the room was simple, it was spacious. Other than the half-meter-long bed, there were some chairs and a table situated beside. There was a wooden pillar that seemed like one of the original Samuel's practice tools.

Just then, the door creaked, and a middle-aged man in a gray robe came in with a bottle of wine in his hand.

He looked about forty. He had a prominent jawline, a tall nose, and a pair of bright eyes. If this man appeared in his past life, some might even call him a lady killer.

However, this man was nothing but an average middle-aged man right then.

He was Roger Ling, Samuel's father in this world, who had his meridians destroyed too.

They were known as the good-for-nothing father and son duo.

More than ten years ago, Roger was also a well-known martial artist in Mbourya. Although he wasn't as great as Samuel, he had broken through the second cultivation level at eighteen.

By twenty-five, he was at the peak of the third cultivation level, on his way to becoming a Martial Grandmaster. Similar to Samuel, Roger encountered a sneak attack and fell to the same state as him.

The destiny makes fool of these two, one might say.

Roger glanced at his son. He downed a mouthful of wine before asking, "How do you feel?"

Looking at his father, Samuel replied, "Still alive. The fight was nowhere near enough to kill me."

"Good to know." After a pause, Roger sat down on Samuel's bed, asking, "Do you want some?"

"Why not?" Samuel reached out, took the bottle of wine, and gulped down a few mouthfuls of it.

He felt his body warming up, and the stinging sensation spread throughout his whole body. Satisfied, he downed more wine into his system.

He had tasted all kinds of liquor in his previous life, including Vodka, whiskey, and many more, so he enjoyed this very much.

Meanwhile, Roger took a sidelong glance at his son before averting his gaze to the wooden pillar in the room.

His tone was flat as he said, "They say God will reward you if you work hard, but it doesn't seem to apply to us."

"Dad," Samuel called out to him stiffly. He understood how his father felt as he recalled all the pain and rejection he had felt in the past two years.

He could imagine how it was like for his father back then.

"This is all in God's will. Sam, you don't have to force yourself. I know how hard you have been trying, and I wouldn't blame you if you give up now." Roger sounded so depressed and powerless.

Back then, he had almost become the next head of the Ling family before that sudden incident wrecked him.

So when he found Samuel's talents. He was proud to see his son's progress. He could even see his younger self in Samuel.

But same tragedy happened. To have history repeat itself on his son almost broke his heart.