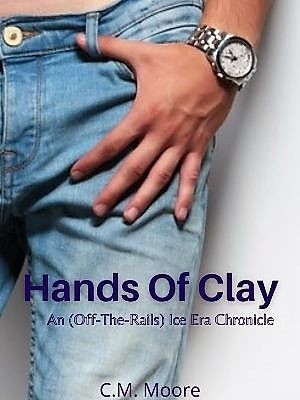 In a snow-covered dilapidated hut, beaten and bloody, Brice and Claymore try to survive. The two men hug each other as they share body heat, gifts, and a bond neither has ever felt before. After Brice is forced away by their captors, Clay believes Brice is dead… Brice is now the lead instructor at H.S.P.C. Headquarters in the old Dallas area. He has given up on life as an H.S.P.C. agent and relationships. Love has made him a fool one too many times. Ever since his capture, he blames his blind devotion to a boyfriend as the reason he got tortured. When he meets the man with whom he shared the most memorable night of his life, he pushes the connection away. After all, he’s learned that love only causes stupidity and heartbreak. It’s not worth it. Claymore has never forgotten the night he held Brice. At the time, he didn’t know the other man’s name, but now that he has met his match, Clay plans never to let go. Even though Clay is confident they’d be great together, too many obstacles are in the way. The harder Clay holds, the more Brice slips through his fingers.

Place: A ramshackle hut in the snowy areas of the Confederate Territories of North America

Brice licked the gash on his arm like a dog licking his wounds. When the bleeding stopped, he tightened the knot on his shirt wrapped around his crushed foot. The Originals had broken his toes while trying to glean information from him. The cloth looked like a psychiatrist’s ink blob test.

Struggling, he couldn’t bend forward with his broken ribs to tend to the injury. At this point, Brice simply prayed that the appendage would be fine. At least fine in the sense that he didn’t get gangrene. Whether he would be able to walk or run again was too big a question to face right now.

As Brice picked a new jagged cut to close using his saliva, his gaze popped to Agent Toby’s still form. Toby was faced away from him. The agent slumped on the other side of the enormous boulder in the middle of the sagging hut. The chains attached to the agent were also wrapped around the massive rock and locked in place. Both Toby and Brice had been secured to the five-foot squat stone probably because the little hut would be easy to escape. With the heavy shackles around both Brice’s wrists and ankles, escape was out even if the walls were nothing more than bundles of sticks.

The other man didn’t move. In fact, Brice’s ex-boyfriend hadn’t moved for the last two days. Brice tried to remember when he last saw Toby do anything. On some level, Brice knew the agent was dead. It was only that he couldn’t tackle that reality without losing hope.

Before Brice could whisper again, the door to the run-down shack was tossed open with a bang. The wood struggled to stay on its hinges. Two Original members dragged a mangled stranger into the tiny space. The guy was dumped next to the rock and secured like Toby and Brice. The new person’s face was nothing but blood, bruises, and swelling. One eye didn’t even open. For a second, Brice met the stare of one of his captors. Not wanting to get beat again, he dropped his glare to the dirt and huddled into a ball.

The two men finished hooking the beat-up man to the boulder and then unlocked Toby. They hauled his ex-boyfriend out of the shanty. The door slammed shut. An ice sickle hanging from the hole in the roof fell and broke in half.

Brice wasn’t sure how long he stayed curled on the dirt floor, but the sound of thunder brought him out of his pain and cold limbs. Raising to a sitting position, Brice eyed the hole in the roof. He pushed the cracked plastic bowl under the opening and prayed for rain instead of sleet or hail or… God-forbid snow.

As the first drops hit the pathetic container, the stranger moaned. Brice turned in time to watch the man roll toward him and try to rise. The manacles rattled as if cackling at the guy's effort. He collapsed on his second attempt.

“The chains aren’t long enough for you to stand.” Brice leaned his head against the stone. “Save your energy.”

The man scooted toward the rock. Their eyes met. This man’s one open eye was a green-blue-like a picture of the ocean. The color Brice would’ve described as clear aquamarine. The agony in their depth stole Brice’s breathe long enough to distract him from his aching limbs.

“I think The Originals must shit out chains. I don’t know how they always have so many.”

Brice cracked a smile, and the stranger returned his grin before he crept closer.

The Originals had beat Brice too, but this person was covered in more blood than anything else. His shirt was nothing more than two shredded scraps hanging on his biceps. His gray underwear clearly offered no protection from the elements, and he had no pants or shoes. His brown hair was shaved short. It appeared like not even that part of his body could be warm. One grimy sock held on valiantly to his right foot.

As a rain-sleet mixture pelted the flimsy walls, the temperature continued to drop. The air that puffed from Brice’s lips was a white mist hanging between them.

“I know,” Brice whispered. “I guess we can talk about the weather.”

“Yeah, the weather or whatever polite conversation you want.” Once more, the new guy crawled closer to Brice’s shoulder. “You were here first. Prisoner’s choice.” He made a sound that was a cross between a laugh and a groan. He tried to hug his arms around his middle for warmth. “Are we outside Dallas?”

“I don’t think we’re in Dallas anymore. It’s too cold here. I think we’re further into the C.T.O.N.A.” Brice wrapped an arm around the stranger and pulled him into his arms. Since his shirt was on his foot, the other man’s cheek met with Brice’s naked chest. The bitter chill ate at Brice as well, but a deep part of him told him to help the brunette, no matter the cost. “North.”

“I don’t remember the journey here and….” The half-sentence ended with teeth chattering as the stranger hugged Brice’s chest. “Thank you.”

“We’ll be fine. Close your eyes. Or at least close the open one,” Brice directed. “I’m going to use my gift.”

The man did as Brice dictated. As soon as he was no longer looking at him, Brice summoned his added ability. Using his tongue, Brice began to lick at any open cuts on the stranger’s face. There were many. Although Brice hated the taste of blood and knew that ingesting body fluids carried health risks, he couldn’t seem to stop himself. Gently, he licked and let his saliva stop as much of the flow as he could. The small action was what he could offer other than his body heat.

Moving down the man’s neck, Brice licked at a long wound across the stranger’s chest. When he glanced up, the brunette stared at him.

“My saliva stops bleeding and helps natural clotting and healing for the epidermis. It’s my gift,” Brice murmured in hopes The Originals wouldn’t hear him. His captors had been known to keep people for their extra abilities. “I told you to keep your eye closed.”

“It’s hard when a stranger is licking me.” The man tried to smile, but his expression ended in a grimace.

“I will give you a C plus for effort.”

“Only a C plus? Fuck that noise. I deserve an A for keeping my eyes closed while you licked my face.”

“My turn.” The stranger said.