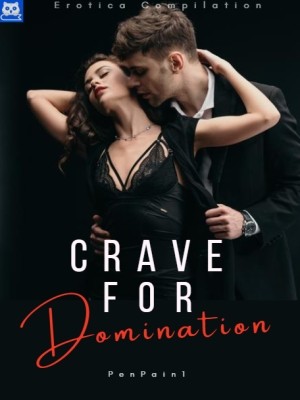 They have no idea what it's like to have a horrible body. They have no idea how hard it is to scrub your skin until it gets red with agony in order to get rid of your disgust in your body. They will not understand that every caress you receive is nothing more than body heat.

"Hey whore, your pussy is so juicy it won't stop flowing," said a man as his tongue delved into my clitoris while keeping my foot from moving as one of his friends tied my wrist behind me. I'm now seated in a room with a variety of males. Because of the drugs that had been put into me, my head was floundering. I can't remember how I got here, and I can't remember whose body I was in. Instead of rejecting what these monsters were doing, I seemed to be enjoying what they were doing to me.

"You don't know how to use your mouth?" mockery of the man who had my hand tied. He forced his dick into my mouth, and all I could do was play with it with my tongue. "Let me try that tight throat of yours," he giggled, pushing my head closer to him till his dick reached my neck.

I'm completely engrossed in what they're doing. My eyes wanted to cry, but they couldn't. The temptation they provide for me is even more tremendous.

"Look how she swallowed my whole dick!" the man laughed, pressing my head further closer to him, his dick scratching even more from my throat.

The man who was earlier toying with my clitoris is now standing on the bed next to the man who is still laughing. My eyes longed to close, but I couldn't because their diabolical laughter filled my ears. When I moved my head to the front, I noticed three other guys staring at me, and it crushed my heart to see my lover sitting on the single-seated sofa, beaming like a king as he gladly observed me.

Two of the three males who had been observing me earlier had already approached me. My boyfriend was the only one remaining in that position. The 23-year-old man most likely walked behind me to untie the rope that was tied to my hand behind me. The second one stepped in front of my vagina once again, opening my legs as if they were about to be torn apart by the enormous magnitude of his entrance.

I felt like a ravenous beast when I took the two dicks that were hitting my lips and cheeks when the leash was unfastened. I licked it backwards after devouring it like a lollipop. I'm currently being held by four men.

I assumed we'd just keep doing it till they ejaculated, but I was mistaken. The man who had earlier bound my hand laid down, and I was seated on his stomach in an instant. It's like I'm a cowgirl. The person who had previously unfastened me, knelt down behind me and caressed my waist. He lifted my hips, and the dick of the man lying entered my pussy. The man behind me took a position to push his "weapon" into my butthole.

"Aahh…!" I couldn't stop the loud growl as the two cocks inside me almost met. It's like it's rubbing all over my internal organs. I lower my free hand and rub my clitoris to ease the pain and make the temptation even stronger. While I was doing that, someone pulled my hair. I could no longer recognize the hands and body holding me.

A dick pushed in my mouth while someone yanked my hair. I'm not sure where to direct my attention. Because of the mingled body heat, the saliva on the side of my lip is already dripping.

When those two guys who had double penetrated me came to rest, the two men who looked to be waiting for the finish of the prior already had lusty eyes. Their dicks were perhaps as hard as rocks. The first two men walked away. I couldn't see what they looked like since my eyes were unfocused, so one man sat behind me, leaned on the headboard, and pressed me against his body.

All my body hair stood on end. My neck is already red with humiliation. He picked me up and sat me on his lap. The next thing I knew, his cock was inside my butthole while we were in the position of cowgirl backwards.

“Nghh ...! S-stop ... Please.” I said that while watching his dick move inside me. When I lost my energy because of the orgasm, I felt. I almost wanted to just take a rope and hang myself when I saw the camera facing me while my boyfriend was holding it.

I couldn't hear anything till I gently drew my eyes away, exhausted from what they'd done to me. If it hadn't been for the scent of cigarettes that mixed in with the filthiness, I was in. Last but not least, the taste of sperm on my cheeks.

The next morning, they were gone. They were not responsible for what they did to me. They made my body “abnormal”. Because of what they did ... they turned me into—