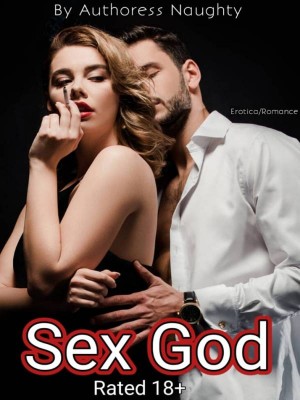 Suck my nipples now. You can't resist me, can you?" Said Mr. Evidence. His name was Mr. Evidence but he was popularly known as the condom CEO because he owned a condom company that only employed women. Something happened! Which changed his lifestyle completely.

He was a CEO, Evidence was his name. His company was popularly known as 'The Women Company' but its original name was Evidence Condom Limited. The workers there were just female, it was said by people that women were the only ones favored in his company in terms of job opportunity.

Few ladies saw that company as a lifetime opportunity that might never cross their path again, so they decided to do anything with their power to make sure they work in the Condom company not because of there was no other opportunities out there waiting for them, but because that Mr. Billionaire was irresistible and also, he pays all his staff well.

The smaller branch of Evidence Condoms Limited was the branch that had less staff with just 50 staffs, and they were all female aside from the gate man who was a man but will be fired soon if any little mistake from him.

The company was a 2-storey building, painted with pure white, and with a milk colored gate. The compound was beautified with different kinds of breathtaking flowers that welcomes whoever that comes to patronize them. The compound was also well beautified that anyone could think the whole building was someone's house.

The entrance of the building was opposite the gate with another beautiful flowers by the left and right side of the giant, welcoming door welcoming whoever wishes to go in to buy or to see their boss.

There is a big room used and seen as a reception. And it was well decorated and well beautifully painted with dark pink. There were beautiful couch well arranged by one side of the reception. The receptionist was at the other side of the building, sitting comfortably. It was said by gossips that he normally uses the reception to do the imaginable with his staffs and of course, his staffs were all aware that he normally goes to bed with each and every one of them. They never complained because they thought it worth it. Imagine being paid 6 million for just 1 month salary, even if you weren't a graduate. His company accommodates any girl who was able and willing to work for them even if they had no qualification and that was the part that got girls so desperate to work for him and also get early morning exercise on that very reception irrespective of the vacant rooms that were left in the building.

The building was filled with working staffs, it was Monday morning so all the workers were busy. Some were inside the production house, making Condom, some were busy attending to customers while the ones who were ob sexed with the Billionaire was busy doing nothing. Just waiting for their boss arrival.

"Boss is here." Said one of the staffs.

Immediately she said it, the few ones that were long awaiting to see their boss started dressing up themselves. Trying to put the breast in position and the skirt too which barely reached their knees just to welcome him.

Here he comes, the one and only youngest billionaire of their time, the man that every woman would wish to have as a lifetime partner or even a sex partner because he was perfect in bed. He gives it to them the way they wanted it. The dude who does not do love and don't think he would, The young billionaire who was too young to be a billionaire, the dude who does not tolerate nonsense from his staffs when it comes to his business but not when it comes to love making. The dude who always have any women he wanted, the dude that his staffs sometimes fight each other over him, dragging who would satisfy him first.

He saw women as nothing, he was like a child who got tired of breast milk constantly.

He drove in and parked his car, walking majestically towards the building with his white and royal blue suit, a black tie and shoe and his guards walking beside him. Furthermore, he walked and passed some of his staffs, who greeted him and admired how handsome he was. Besides, he looked like a god in human form. It could be possible that he was or is a god. His lovely lashes, his curly hair and his figure inside the suite was something no woman would want to resist when he come asking for a night. He was just too handsome.

He got to the door, he didn't have to push it open because he didn't pay his bodyguards such a huge amount of money for nothing.

Immediately, One of the guards rushed to open the door, which he did, paving the way for his boss to come in.

Immediately the workers inside gazed at his breathtaking look, they just couldn't take their eyes off him. He didn't care to notice the movement one of the staff was making, still trying to look attractive for her boss. He was used to all of them, so nothing was new to him, not even their nakedness.

Likewise, he stood there for some minutes as they greeted him but without responding to them, he walked towards his office with his guards still following him.

"Have you delivered the goods? The voice on the phone replied yes.

"Okay, just do a clean job and if any police disturbs You, or if any of them suspects You, get in touch with me and I will make sure he or she loses their job."

The call ended as he dropped his phone on his table.

It was Monday morning, and he needed to have his early morning exercise, and he felt like having it in his office.

He took his phone and dialed the office line.

"See me in my office." He ordered and gave his guard to end his call, which the guard obeyed.