Home/ Time Travel to Be the Super Lady Ongoing 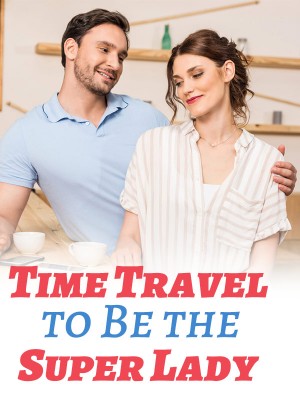 Time Travel to Be the Super Lady

The question was that the girl, Ruan Xiaoli, committed suicide and inexplicably bound something that claimed to be a system. It said, "It's so boring to die. I'll take you to the Three Thousand World as a villain. You'll destroy the world and start a bloody storm." Ruan Xiaoli found it interesting and agreed, but... Hey hey hey! Didn't the system say that I was just a villain? I would be fine if I got tired of being killed by the world's male lead in the end. Why did the world's male leaders all come to like me, a villain? "Well, you are the hero. Why do you follow me to do bad things? Who, am I the villain, or are you the villain?" Ruan Xiao Li: I just want to turn against you and kill you. I don't want to be in a relationship. I just want to be killed by the world's male lead. I only want to die!

"Has Dr. Baili gone to the Three Thousand Worlds?"

A doctor with a test tube raised his head and said, "Doctor Baili went to the Three Thousand World in the morning. His soul has gone. I put his body in the empty space to protect him."

"Hey, I'm really envious that Dr. Baili can go on vacation. We need to continue developing the research and development system."

She was a lunatic with a strange personality. There were flaws in her personality. She was a girl, all of which were used to label Ruan Xiaoli.

In a luxurious seaside villa, a girl stood in front of the French window on the second floor.

The girl was none other than the girl in the eyes of others. She was wearing pajamas and looking at the sea outside the villa.

This kind of life was too dull and boring.

Ruan Xiaoli was holding a glowing knife in her hand. She was expressionless as she used the knife to cut the artery of her other hand.

The white carpet immediately turned red with blood on the ground. Ruan Xiaoli fell down. She was dead. She had committed suicide.

"Ding-dong, the reversed system has locked on to the host. Do you want to choose the host?"

In a boundless black space, Ruan Xiaoli stood there and looked around blankly. Was the world after death so dark?

"It's so boring to die. Ruan Xiaoli, do you want to live an interesting life?"

"Of course I can. Let me introduce myself. I'm the villain of the system. As long as you sign a contract with me, I'll take you to the Three Thousand World to be the villain. It'll destroy the world and start a bloody storm. It's so small that it'll cause trouble for you. Is it interesting?"

Speaking of destroying the world, Little Evil was obviously very excited. It was a rebellious system, and its favorite thing was to take its host to do bad things and be a villain!

Ruan Xiaoli was not easy to deal with. "It sounds interesting."

Seeing that he had taken the bait, the villain introduced, "It's absolutely interesting to follow me. All kinds of worlds in the three thousand world are the villains, and one world is tired of it. After completing the story-line task, you will be killed by the male lead of the world. Let's go to the next world to continue our fun. You can do whatever you want with all kinds of villains."

"What's the story-line task?" Ruan Xiaoli was not so easily fooled. He immediately grasped the key point of Little Evil's words.

It was interesting to kill people and set fire.

It was one thing to like excitement, but it was another to really do bad things. Ruan Xiaoli had received formal education since she was a child.

Little Evil raised his eyebrows and said, "Not bad, your view of the world is quite good. Although I'm called the rebellious system, it's not as simple as just taking the host as the villain, and there's also the white-faced villain."

The little evil concluded, "You just need to follow the story-line task. At the same time, when you leave this world, your villain will be washed clean. No matter how much I say, you can't understand it now. Let's go. Let's sign a contract and start the task."

Ruan Xiaoli nodded faintly in agreement. At the same time, a contract appeared in front of her: sign a contract with the system. From today onwards, the host must obey the system's instructions for all actions. There were also those who were not allowed to fall in love with anyone from the Three Thousand Worlds. If they were not allowed to do so, the system had the right to take away your feelings.

"This contract is really illegal. Do I have to listen to you?"

The little evil said, "If you don't listen to me, I can kill you."

Ruan Xiaoli was indifferent. Was he that arrogant?

The hundreds of owners in front of it were all thinking about something they shouldn't have. They even begged it not to take them to the next world, to not take their feelings away...

Little evil was not a charity system. Its character was just like its name. Little evil immediately killed its host.

Ruan Xiaoli said, "Don't worry. I'm not interested in love, but can I play with it?"

Life was boring and lonely. Why not be a villain and have fun?

Ruan Xiaoli reached out and signed the deed. The moment her fingers pressed down, her body was suddenly sucked into a black hole.

The lush green immortal mountain towered into the clouds. The immortal crane flew over the mountain and bypassed the white palace.

The Cloud Immortal Sect, the number one sect in the world, was located on the peak of the mountain. It was rich in spiritual energy, and all cultivators in the world wanted to enter it.

In the courtyard of an immortal, a white-robed female immortal was sleeping on a rock. She opened her eyes and looked around blankly.

"The clouds and mist are lingering. I am still wearing a white dress. Ha, little evil, are you sure this is the makeup of the villain?"

In her mind, the little evil's cold voice came.

"The youngest junior sister of the master of the Cloud Immortal Sect, Ruan Li, was a genius in cultivation since she was a child. Suddenly, she suffered Qi-deviancy Derangement and lost her immortal body. In order to maintain her beauty, Ruan Li had secretly killed disciples and absorbed their immortal power for many years. In the end, she was ambitious enough to kill her senior brother and was finally killed by the world's male lead."

The hidden villain seemed to be a fairy, but in fact, she was a woman who had secretly killed countless people and killed her senior brother.

Little Evil said, "You have three main tasks. One is to kill your disciples, the other is to kill the master of the Cloud Immortal Sect, and the third is to retreat and be killed by the world's male lead. You will be washed clean after death."

Ruan Xiaoli frowned. "I can understand the first two, but why did I have to take the initiative to kill them?"

Little Evil despised, "A qualified villain will certainly die in the hands of the protagonist."

"You only do bad things and don't die in the hands of the main character. How dare you say that you are the villain?"

This... seemed to make a lot of sense. Ruan Xiaoli was speechless.

"By the way, let me tell you, the world's male lead is your senior brother's favorite disciple, your martial nephew."

The little evil was a little interested. "When the time comes, you will kill the male lead's master who exists like a father. Tsk, tsk. I'm looking forward to how the male lead will kill you, your martial uncle!"

Ruan Xiaoli was speechless. "Damn it, who does this system favor? Can you cover up your excited tone?"