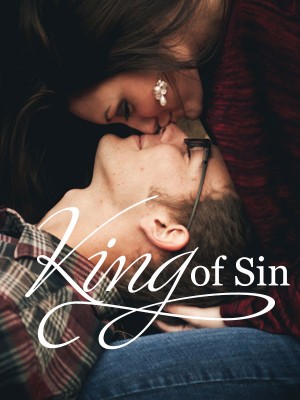 Handsome, fearless Lathe Bronson is New York City’s weapon against crime. He works and lives alone, fighting a war in the back streets where gangs operate in the dark. Pretty soon, they start fearing him, and give the cop a fitting name. They call him Lucifer.<br><br>Dissatisfied with his pampered, sheltered life, gorgeous Anjelo decides to escape by getting acquainted with life on the streets. Innocent and na?ve, he feels drawn to the city’s dark side. But he’s an easy target in an underworld with no rules.<br><br>When his path crosses Lathe’s, sparks fly. Can he overcome his own dark side and save Anjelo? Or will Anjelo’s wings get singed, trying to find love?

After being on the road for hours, the traveler, tired to the bone, glanced up at his rear-view mirror and frowned at what he saw. His face looked as though it had been taken apart and put back together again by a child with only a vague knowledge of the human form. All right, so maybe he was a little rough looking, but it was late and he’d been on the road since early morning.

After a while the dark and foreboding landscape began to bleed together, his head began to nod, and his eyes fluttered to a close as he slowly lost consciousness. In only seconds he began to float comfortably in a warm netherworld. He didn’t realize the car had begun fishtailing until he was brutally thrown against the door. Upon his rude awakening, he realized what was happening and quickly stomped on the brakes causing them to scream with distress. The tires began to skid crazily, and the car continued to swing from side to side erratically until he hit a tree, and was thrown from the car.

After the shock wore off, his eyes opened, and their electric blue color sharply pierced the black night like two flashlight beams. He moved to get up, but he winced when he felt a sharp, piercing pain digging into his ribs. That’s when he discovered he was covered with cuts and bruises. Every sense in his body urged him to claw his way to a standing position, but because of the pain, he had to go slow and move very carefully. When he finally got to his feet, he saw his car smashed against a tree with the engine smoking in the early morning mist.

The sky above looked angry, as if the elements were preparing for an attack. The biting, harsh, chill-to-the-bone wind rustled impatiently through ghostly black trees that grew on either side of the road—a road that seemed to stretch into infinity. While looking around he noticed a half-rotten sign post standing at a jaunty angle that read—this way to hell

Feeling dazed, he shook his head, but when he looked again the sign was gone. Maybe it was the stupor he was in, or nothing more than the power of suggestion from the stinging odor of burning oil from his car that he mistook for sulfur and brimstone. In spite of it he looked around fearfully, almost expecting the fires of hell to overcome him at any moment—until he saw something in the distance. Feeling a twinge of hope, he desperately moved his feet forward. One step, and then another brought him closer and closer to what he thought was a white, gleaming mirage that took his breath away. He felt drawn to it. Pulled. Was it real, or like the sign, an illusion? With his head swimming and his body aching, he stumbled painfully until he got nearer and saw another road sign, and his eyes widened.

The Night has a thousand eyes…

Later, as he wandered into the urban metropolis, the inner city began to slowly surround him. Was it a loving embrace, or a fist that wanted to squeeze the life right out of him? The piercing eyes of this bizarre city watched the stranger as he continued down the street. It slithered beside him, crawled along the ground at his feet inhaling his scent, and getting to know him.

The stranger’s disbelieving eyes glanced at the cracked sidewalks, graphitized walls, and what seemed like miles of suffering and desolation. He saw white steam spewing out of sidewalk grates that floated like ghosts along the ragged concrete walks in front of abandoned skyscrapers and over garbage bins that were surrounded by homeless rejects and hungry animals.

Misery was etched in every gaunt and dejected face he saw, ragged individuals that made their beds in back alleyways, recessed doorways or in the darkened hallways of poorly-protected buildings. Some would even make their beds in a dark and haunting graveyard rather than take the bed bugs in the shelters.

The deceitful pious types would cling to their holy books that had been hollowed out to hide their brass knuckles, switchblades, improvised weapons such as guns, knives, acid bombs, and of course the most potent snakebitethey could find when they needed the courage to face another day, another night—another enemy.

This ragged collection of damaged bodies hid damaged minds. Minds that think nothing of hovering in the darkness for the chance to block your path, their thick fingers closed over a shiv that glimmers in the blinking neon lights. The man will speak steady and sure since this isn’t his first dance in a New York City alleyway. If you’re smart you won’t try to fight because footfalls in the dry brush behind you will tell you that you’re surrounded. Your hands might shake as you surrender your most valuable assets, but almost as soon as they have it in their eager hands, like ghosts these phantoms will be gone. So, if you find you have to be in this part of town, don’t go on foot, but surround yourself in the safety of your car with your windows up, your doors locked, and your music loud enough to drown out any cries of suffering on the streets.