Home/ Doted By The Alpha Completed 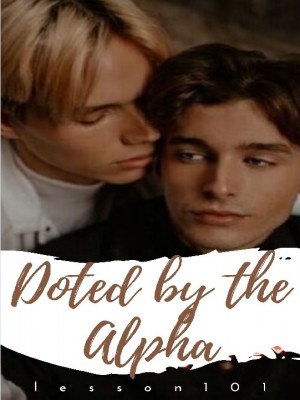 Doted By The Alpha

Turning out pregnant after a one-night stand, Daniel Sullen had no clue that what awaits him was a simp baby daddy that dotes on him. His once lonely life will soon become like no other. “I won’t let anyone hurt you ever again,” Mo Laotian whispered and swore revenge to those people who had previously hurt his beloved.

About
Table of Contents
Comments (19)

Omegaverse is an alternate world where evolution has given the male species the ability to get pregnant. In this book's Omegaverse world, additional sexes exist aside from the traditional "male" and "female". At birth, children are first identified as Male, Female, or Omega. Male and Female are subjected to the additional test when they grow older, and then are classified as Alphas or Betas based on the result. All Omegas are homogamous. Meaning they all have both the male and female organs. Males that are classified as Omegas have the ability to conceive.

'I want to make it up to you. I want to apologize for what I did back then. We were young and I did reckless things.'

Helpless cries and moans could be heard from a certain private room. A few minutes ago, a God-like man was silently taking a rest, his body had become dangerously hot from a drug he had previously taken. His desire to dominate had become so stronger than ever, he was slightly shaking.

He took off his suit feeling the heat. He lay motionless on the bed, stubbornly refusing to fall into the temptation of touching himself.

His body had taken more than the normal dose of a heat-inducing pill and his mind was currently going mad. He was battling against his desires when he noticed someone, a small shadow, had suddenly intruded into his private room.

"H-help me." The intruder begged helplessly. The man lying on the bed wanted to kick the intruder out but when he tried to, his desires took over him. Coincidentally, the intruder too was in heat and is currently releasing a sweet intoxicating scent that made him even madder.

Without a word, he grabbed and tossed the intruder in the middle of the bed and towered over him. Both their eyes were hazy and their desires had taken over their bodies as if it wasn’t their own.

In this world, something would definitely and undeniably happen between an Alpha and Omega in heat. Like in the current situation, a Dominant Alpha with the strong desire to dominate had taken a Submissive Omega beneath him who was waiting to be dominated.

"I-It's hurts." The Omega bemoaned and curled his body, enduring the pain that he was experiencing.

Earlier, he was still okay when he was with his sister, but after she had left off somewhere, a couple of minutes passed, he had been reduced into this helpless state. Suddenly two men brought him into a dark room, the Omega knew something was wrong so while his body was aching and protesting his movements, he escaped and somehow managed to find this room instead, resulting in his current situation.

The Alpha acting on his instinct took the Omega's small build into his arms. Both of their breaths were labored and lust had driven them to start kissing. And as the kiss deepened, the Omega began to cling against the Alpha's arms as they continued to indulge their passion as if they were lovers.

Moans would escape from the Omega's mouth whenever the Alpha would suckle and nibble on his sensitive skin and later punish the nubs. The Alpha has already taken the Omega's clothes off entirely and is now settling over between the Omega's thighs, savoring the sweet nectar dripping from the wet and eager mound. It's the first time the Omega has had someone touch him like this. He could not explain what he was feeling. The only thought running through his mind is that he wanted it. He wanted to be pinned down, penetrated, and ejaculated inside his needy womb.

The Alpha soon released the Omega’s dripping honey and settled over to kiss the Omega again. He shoved his slick tongue and savored every corner of the addictive cavern.

"H-hurry!" The Omega touched the Alpha's massive erection and begged with teary eyes as soon as they separated from the heated kiss. Maybe because of the touch, the Alpha's diminishing sense of control finally snapped. He aggressively flips the Omega over, lifting his trembling hips higher. The wet and swollen entrance of the Omega made his stiff staff ache so much like it's going to burst any moment.

So without further waiting for another second, he guided his lengthly flesh into the Omega's wet organ, plunging it deep. The moment he slides inside the virginal hole, he almost reaches climax with the pleasure brought by its tightness. First thrust in and he thought the Omega was squeezing him dry.

Meanwhile, the Omega screamed in pain, the hard and long object inside him has all of a sudden stretched his narrow channel widely. He wanted to crawl away from the pain but the Alpha's strong arms prevented him from doing so by pulling his hips closer to their tight connection. The room was dark and both of them couldn't see the red liquid slowly dripping out from the deep connection, trailing the Omega's inner thighs and on to the white crumpled mattress.

Held helpless against the Alpha’s clutches, silent sobs escaped from the Omega's lips as he felt the stinging pain from the sudden penetration. The Alpha noticed this and despite being driven by desire, he forced himself to remain unmoved. He tried his best, his mind screaming for relief as the longer he resisted the bigger the droplets of sweat were released from his body. Thankfully, it was not too long when the Omega calmed down. He takes that as a signal and at last slowly pulls out with a tortured groan and thrusts back in cursing.

The pleasure quickly brought him into a frenzy. It was so tight. It had been so long since the last time Alpha had done it and now that he's doing it, he couldn't get enough. He wanted more.

Pulling back and thrusting in again. The Alpha continued the act until eventually, the pain that the Omega had felt was masked by pleasure. As the hour went long, the Alpha's movement became faster and harder, almost barbaric. It has been making the Omega scream helplessly for hours. After the Alpha released his load and knotted the Omega successfully, they would again start another round satisfying their undying desires.

"ahhh... ahhh..." the Omega grabbed onto the Alpha's arm, twisting his own in the process as the latter thrusted from the back, biting and kissing his delicate and sensitive skin. After a couple of minutes, the Alpha would knot him yet again coming deep inside, causing the Omega to whimper feeling the base of the Alpha's rod expand, stretching him wider inside but locking them together. The Alpha had never been this generous with his seed as he is at the moment, at the same time, the Omega had never felt so full. Any more than was given will definitely gush out of him.

Dry and fresh semen covered the Omega’s body and he felt like he could not come anymore. He felt exhausted, wet and sloppy. He could not move his own legs. It was evident that the man above him had completely taken over his body. He controlled him so effortlessly. He was persistent and kept on going despite his plea. His body was no longer his.

Meanwhile, after generously filling the Omega's needy womb, the Alpha finally pulls out, flipping the exhausted body over. The Omega lay on his back, heaving for air as his body continued to shiver. He thought it had finally ended, and the Omega opened his eyes to view the man that had given him so much pleasure. Unfortunately, he couldn't see him clearly.

At the same time, aroused at how he had made such a mess of the Omega, the Alpha spread the Omega’s thighs apart to expose the erotic view to him. The only light that slightly lit up the room was coming from the city lights outside the building but in spite of it, the Alpha clearly saw how widely stretched the Omega's entrance had become because of him. He subconsciously licked his lips in a daze, he felt somewhat irritated that his semen kept dripping out of the Omega that he had the urge to push it back in, to keep it in.

Normally, if he was in his right mind, he would have punched himself out of these dreadful thoughts but because he was currently out of his mind, he once again pulled the Omega close and soon plunged his still firm rod into the wet and widely stretched swollen organ. Not wanting any of his seeds to drip out.

The Omega squeaked in surprise, he had no strength to resist. As for the Alpha, nothing was running in his mind except for the intent to impregnate the person underneath him.