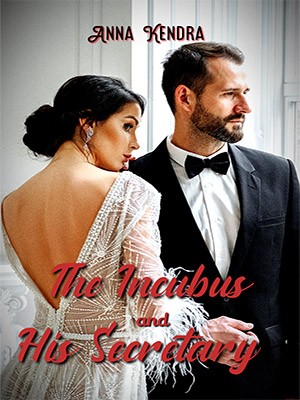 When Anaya Johnson joined Reefwood Inc. as the CEO's personal secretary, little did she know that she would be facing the biggest man in all history, Lancelot Eustis. She hates him and his whorish ways with all her heart, but the six feet five, on legs, brute of a man attracts attention wherever he goes, no gender bars. And she soon starts to fight an internal battle to either join his conquests and enjoy a few nights of unbound passion and desire or keep her feelings hidden and endure the torture of watching him take yet another beautiful woman to his . Lancelot Eustis has it all. Wealth, power, the looks of a Greek God and beautiful woman falling at his feet by the dozen. But what he doesn't understand is why his stubborn and full of life secretary hasn't fallen for his charm yet. But what started out as a game for him to get under her skin and maybe into her pants, turns out to be far more powerful than he could have imagined. For he hides a secret that can cost her life.

I pulled up my pants, buckled up and fixed the few wrinkles in my shirt that were caused when the woman had tried to discard it. Too bad, I wasn't into getting naked when it came to a quick fix.

"No." I answered curtly, running a hand through my black hair to neat it out as much as possible. I hate it when women mess it up. They think it pleases me. I hate it. As much as I hate staying the night with them. I never do.

When I was done adjusting myself, I bent down over her naked body and pulled the sheets over to cover her. Then I leaned in to whisper in her ear.

"Forget about who you slept with. You had a one—night stand with a stranger. You liked it but it wouldn't turn permanent so you sent him away. That's all you'll remember."

One thing I could never do was make a woman forget she ever slept with anyone. Some of us prefer to erase every trace of them from the donor, so it'll get easy to avoid detection, but I loathe the idea. It's humiliating for a woman to wake up naked in a hotel room, with no memory whatsoever of why they ended up there, or wore, wondering if they were raped.

The girl I was with was average looking. Light brown hair, brown eyes and a slightly chubby built. She'd been easy prey. Insecure enough to have fallen for my charm the instant I laid eyes on her. Now, I strode out of the room without a second glance.

My car was waiting for me right outside the hotel. Martin, my chauffeur, held the door open for me. He knew exactly how long I needed to finish. He was one of the few who knew about our existence. But then again, every supernatural being in every dimension needed a human

who they could trust to survive. No one survives in this world without allies, no matter how powerful.

"Where to Sir?" He asked, fixing his cap over his sandy blonde hair, starting the engine and putting the gear on reverse.

"HQ." I answered, looking out the window at a sleepless New York City. Even at 2.30 in the morning, the city was alive and breathing, people crowding the streets.

"You keep glancing back nervously. What's wrong?" I asked again, never taking my eyes off the energetic, enthusiastic people on the streets. My hunger increased at the sight of them. I wanted to devour their energy. Snuff out the candle of their lives, brighten mine.

"Your brother is waiting." He said just as we pulled into the parking lot of Reefwood HQ.

My golden eyes snapped to Martin's light blue ones in the review mirror. Held. "What!"

"I'm sorry I couldn't tell you before, I had orders." His nervousness increased. I knew something was wrong the instant he had opened the door for me.

"The only orders you take, are from me. No one else." I got out and slammed the door shut before he could react and headed inside my office.

Truth was, Martin is one of my most trusted men and he's used to every one of my moods. He'll get over it.

I winced and came to a stop a few feet from the elevator. "Antony."

"Little brother." Antony came to stand in front of me, all blonde hair and blue eyed. It was clear to everyone that we bore no resemblance to each other, since we were conceived from different fathers. I even towered a foot over him. "You're not with anyone?"

"I've had my meal." I sidestepped him and pressed the elevator button. Waited for the doors to open with teeth gritting patience.

"A meal is a meal. Doesn't matter if you have to eat it or sleep with it." Finally! I stepped into the open elevator, Antony hot on my heels.

"Didn't know there was a difference." My head was starting to throb. "Why are you here, brother? Certainly not to discriminate between Incubi and Demons?"

"No." He pinched the bridge of his nose. "It's about your new Secretary."

I turned to face him sharply. "I don't need a new secretary. I think I'd told you that specifically."

"Brother...please. At least have a look at her! She's already waiti—"

"You've called her here? At this ungodly hour?" Antony's innocent look though, told me a completely different story. I was beyond outraged. How dare he barge into my office and try to control my life! "Antony?"

"Ummm..." Ace scratched the back of his head nervously.

A light 'ping' noise indicated that we've reached the tenth floor of my HQ, and as soon as the doors parted, Antony's reasons for being nervous, became crystal clear.

He hadn't only brought a secretary to my office, he'd appointed her.

The lounge was spotless and devoid of papers, everything else was piled up and stacked into cupboards and the lights were still on. I'd kept the place disorganized on purpose!

She stood by the office door. Tall, a bit on the skinny side. Dark brown hair in a tight knot, glasses and a pantsuit. Professional from head to toe. And familiar. Very very familiar.

"What is your secretary doing here?" I snapped. Fuming.

"Her term expired at my office and you recently fired yours. So..." Antony swallowed and turned to me, determination filling his eyes. "Lancelot, give it a try. She's the best we've ever had. She'll be perfect."

I looked her over. I'd definitely seen her before, but only a couple of times when I was forced to visit Antony in Bluestar. She didn't look anything extraordinary. "At least bring someone nicer on the eyes." I muttered under my breath.

"So you choose people on the basis of their looks?" I turned towards her, surprised that she'd have the guts to speak up, especially if she knew anything about my reputation.

"No. But I like the idea of beauty with brains. Don't you?" I replied, daring her to lose her composure. But she didn't. Instead, she gave me a huge plastic smile.

"Then I can assure you, I'll work hard enough that you won't miss the former."

"And what makes you think you have the brains, Miss...?"

"Johnson. Anaya Johnson." She righted her glasses with one hand, the other behind her back. With that posture, she looked fit enough for military school. "And as far as my brain is concerned, I'm sure my portfolio will give you all the answers you need, which is laid out on top of your desk. Any other questions, Mr. Eustis?"

"Wha—" My brother seemed to be at a loss of words. He hadn't thought I'd accept so easily. Had been ready to defend his little Secretary at any cost. Watching his blue eyes widen and his mouth gape open was a treat indeed. "Office hour starts at 8 am. A second late and I'll fire you immediately. No questions asked."

"Certainly." Unfazed as usual. It'll be fun to ruffle that fur. "I'll see you tomorrow, Sir."

"Good night, Ms. Johnson." I smirked as she headed past us to the elevator.

"Good night Mr. Eustis, Antony." She bowed her head a fraction and closed the elevator door. The fact that she called Antony by his first name wasn't lost on me. Did Antony feed from her?

"Goodness brother!" I winced at his outburst, he didn't wait long to pounce on me. He started as soon as Ms. Johnson was out of sight. "She's human for God's sake! She needs rest and she's already done enough by waiting for you till 3 in the morning!"

"You wanted her to work for me so I hired her. It's not my fault she's incompetent." I shrugged and loosened my tie. I was tired and I didn't want to deal with Antony's drama right now.

"She is not incompetent! She is the best secretary we've ever had and she'll prove it to you! She'll make you eat your own words, little brother. Just you wait!" With that, he turned and stormed out of my office.

Saved me the trouble.

I entered my cabin to find it in the same pristine order as the lounge. Impressive.

I moved past my office door and down the hallway through a camouflage door, to my apartment. This is where I stay. It has a huge living area and a huge bedroom with an en suite bathroom. No guest rooms, no extra bathrooms and the kitchen is always empty. I don't like having company and I don't eat normal food.

Taking off my jacket and shirt, I threw them into the laundry basket; a maid comes two days a week to clean everything. I then went to the attached bathroom to wash off any trace of my meal from my body. If it didn't sate my hunger, I wouldn't bother with those filthy mortals.

After a steaming hot shower, I came out of the bathroom in my robe and stood by the glass wall that overlooked the city.

The best day in the world for me would be the day my family stopped interfering with my life. But that day, certainly wasn't today or tomorrow.

Tomorrow is going to be a busy day. "Let's see how long you last...Anaya."