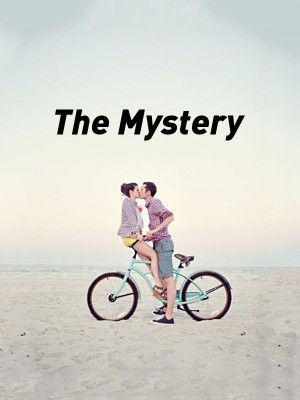 Hi everyone. This is my first work. Reason why I choose this style is because I have always loved this type of novels. It is about person that commited suicide and search to find out why. I hope you will enjoy reading just I like will writing it.

Story starts with experienced detective Sam waking up in his bed. He turns on his tv to hear about woman that commited suicide. He goes to police station to hear about this case. There they tell him that woman's name was Amanda. She shot herself multiple times in head. Sam is asking where is body. They tell him where is it located because obduction is not done yet. He goes to examine her body. When he gets there he is in absolute shock. Her house is in complete mess. Her things are over the floor , all windows are broken and all the pictures of the wall are ripped off. As he tries to find out more he notices bruises on her upper body and neck. Next to her are sleeping pills and gun with which she shot herself. As he leaves he calls police station to tell them what did he saw. They were intrigued , especially with story about bruises. He calls special agents to find out more about this. When he comes home he takes shower and goes to bed. Next morning he wakes up and his phone is full of notifications. He reads messages and he finds what he wants. Special agents contacted Amanda's mother. She told them everthying she knew. Apparently she had big fights with her husband Chris. He contacts FBI to find Chris while he wants to find out more. He goes to Amanda's house and talks with neighbors to see why did she commit suicide. Neighbors tell him that Chris had big gambling problem and this was driving Amanda insane. Every day he was losing more and more money. This didn't bother him at all as he was always claiming that luck will turn around. When one day he came home Amanda decided to confront him. They had big fight as Amanda was telling him they couldn't pay bills. Chris was threatening her. He was so angry that he broke all the windows. But neighbors couldn't tell where she got bruises. While they were saying Chris had short temper they said he never kicked her or punched her. After this Sam goes home. He hears that Chris is out of town. He imediately calls all of the police to search him. Sam finds out that pills that were founded near Amanda were her sleeping pills that she used because she couldn't cope with Chris's money loss. She decided that she can't kill him because she wouldn't stand going to jail so she took her own life instead. Chris was also very jealous person. He would always make faces and complain how Amanda interacts with other men. Sam finds out that Chris has extramarital affair. Her name is Jane. Sam interrogates Jane. She tells him she didn't know Chris was married. She tells Sam that Chris has always been nice to her. When Sam pushes little hard she tells him that he was acting suspicious from time to time. He was profusely sweating when she asked him anything. She just thought that he was hiding something. Sam and Jane exchange phone numbers and he thanks her. Amanda's mom calls police to tell them more details. She tells them that Amanda was pregnant at time of her death. Amanda never told that Chris because she was not ready yet. Sam and Jane become couple.Jane tells him that Chris left town to finish some things. When he asked her what does she mean by that, she says that she can't tell. Police find Chris and arrest him. Sam gets information about that and goes to interrogate Chris. Chris tells him everthying he knows. Sam tells him that he is now dating Jane. Chris smirks but doesn't say anything. When asked why did he leave town he couldn't answer. Sam played his old detective trick and tricked him to answering. Chris says that he was trying to escape from cops cause he thought he was first suspect. When Sam told him Amanda was pregnant , Chris started crying. He said that he wanted so much to be dad. When Chris asked him why she didn't tell him , Sam said that she wasn't ready. Sam asked him about bruises. Chris started sweating. Sam asked him same question a couple of times. Chris says that he did hit Amanda but only because she hit him first. Sam then realized. Amanda commited suicide because of all her problems with Chris . Starting with his gambling and then his jealousy which led her to commit suicide because she had trust issues. Sam then asked Chris:"Did Amanda have any addiction problems"? Chris says that he doesn't know because he never noticed. After interrogating him Sam decides that Chris should stay one night in jail and then he will see about the rest. Next morning Sam lists through some possible causes and then he finds a bag of morphine. He takes it to police station. When he confronts Chris about that , Chris admits everything. He planned to drug Amanda with Morphine to make her confess gambling isn't so bad. When Sam hears this he puts big smile on his face. He tells Chris to come with him. Chris tells cops everthying he just told Sam. They close him for 7 days until they go to court. Sam proposes to Jane and she accepts it. At court Chris is brought by two cops. After hearing all witnesses , court acussed him of 35 years of jail for aggravated assault , drug use , attempted rape and attempted murder. They also said Amanda would never kill herself it it wasn't for Chris's gambling problems . Even though he didn't physically kill her , he mentally killed her. Chris accepted his sentence without saying a word. After sentencing Sam is told he gets raise. He puts a big smile because he knows he still hasn't lost it and because he has amazing skills.

After telling Jane about raise they celebrated together and few days later they got married.

Point of the story:never try to outplay Sam Griffin , the best God damn detective in USA.