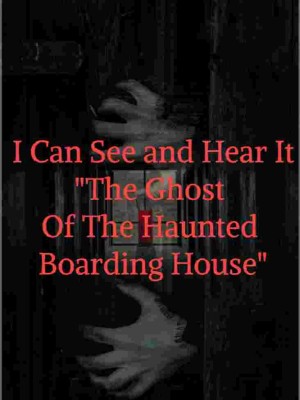 Ghost Of The Haunted Boarding House

Azzam in his Old Boarding House

There was a knock on the door and the pounding of hands about to open the bedroom door, it sounded quite loud when Azam was sleeping in the morning.

Azam, who had recently fallen asleep because he had finished doing additional tasks at night, was surprised to hear that. Then he quickly opened his eyes again and opened the door to his room.

"Who?" Azam asked while rubbing his eyes and leaning against his bedroom door

"What is it, what is it! Do you know what date it is???" Asked the landlady in a very curt and indifferent tone of voice.

"Oh yes, ma'am. I remember. I will pay for it tonight, ma'am." Azzam replied.

"Watch out if you don't pay! You have to get out of here!!!" Threatening the landlady to Azam.

After scolding him, the landlady left Azam and went downstairs. After his boarding house mother left, Azam was muttering in his heart.

"Ah, damn it! It's still early in the game, just knock and immediately charge!" Azzam muttered.

"Instead of stressing me out here. I'd better go!" Azzam muttered.

Then he rushed to take a shower and went on foot from his boarding house. Along the way he walked, he always grumbled while occasionally kicking a plastic bottle.

He felt annoyed and disappointed in the boarding house. In addition to the owner who is not friendly to him, he also often loses money in his room. The hinges of his bedroom door are often damaged as if someone deliberately tried to damage it. In fact, several times the locks that he installed himself had also been pryed and broken.

Therefore, for his further comfort and safety, he prefers and decides to look for a new boarding house, a boarding house that is safer and more comfortable than the one he is still occupying.

While smoking and walking around looking for his new boarding house, his eyes glanced to the right and left to see the boarding house sign.

He also had time to ask the residents and had several times he surveyed the boarding houses he met, but there was no boarding house that felt suitable and comfortable in his heart.

According to him, finding a comfortable place to live is like looking for a life partner. Until finally he met one of the residents who showed him a white boarding house without a boarding house sign.

"Mom, sorry to ask a question? Is there a boarding house in this area?" Azam asked one of the residents he met.

"Yes, there is a boarding house there. Try asking directly there." The resident replied to Azam while pointing at the white boarding house.

"Okay ma'am, I'll be there. Thank you very much for the information." Said Azam to the residents.

Then Azam immediately walked to the boarding house.

"Sorry ma'am, I'm just asking. Where is the owner of this boarding house? Because I've been knocking on the gate, but no one has responded." Azam asked the shop owner while pointing with his index finger at the boarding house.

“Try to knock on the gate again harder. Because, I'm sorry, the owner of the boarding house is a little deaf. Usually he is always at his house." The shop owner replied giving advice to him.

Then Azam went around the boarding house. He saw an old woman sweeping in front of her yard. Incidentally, the grandmother's house is side by side and the walls and yard of her house are still attached to the boarding house that she wants to ask about.

They just have their own gate. Without further ado he immediately called his grandmother from the front gate of his house.