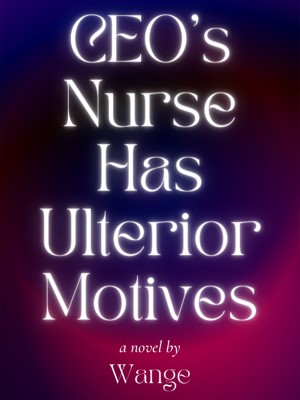 I loved a scumbag for five years and paid for him to finish college only to have him cheat on me. I found out he had been cheating on me in a relationship with another rich woman. The scumbag's girlfriend teased me that if I didn't accept it, I could go seduce her father and be their "mom". To get revenge, I vowed to be their "grandma"!

I heard me so moved to say, but he looked very relaxed natural, "I said, do all this is my willingness, you do not feel embarrassed, besides, this is not the company cooperation? Anyway, the office is the same everywhere, we sit together, it is more convenient to do things."

"But you should have a lot to deal with in your own company, right?" I continued to ask.

Next, he looked at me again, his face returned to a serious, "Although the initiative of Ming Yuan are in the hands of Tyler, but my three cousins are always not what the oil lamp, with her temperament, but also certainly will not give up, so I must be here the whole time to guard to be safer."

"Ouch, Brandon, you're really something, why do I feel like I'm just a little three-year-old doll? Why are you more worried than my parents?" Although he said so, his heart was touched to the core.

He habitually rubbed my hair, laughing out loud, "Well, I do not know why, you always give me a sense of affection, but not self-serving yo, I decided you as a sister, maybe, thanks to your blessing, I can also find my other half here, you know, I am a handsome man a shepherd, charm boundless. "

I laughed out loud at his words, "Not to mention I already have Tyler, even if I didn't, I wouldn't be attracted to you, so what if I'm handsome, I'm immune as usual."

"I'm relieved to hear you say that." Brandon smiled at me, but I could clearly feel a flash of despondency in his expression, only he quickly turned around and lifted his feet towards his office chair and sat down. Patted towards the back of the chair and nodded, "Well, it does feel good, count on this guy to have a conscience."

"Do you hardly feel that he values you?" I spoke.

"Is it the strength of my company or the ability of my father that is valued? That's not really easy to explain." Brandon looked at me and raised his eyebrows, his tone was unperturbed, but also showed that this guy really has a set.

Since Tyler came to power again, the company inside and outside have done a rectification and transfer, there are two hearts, even if they have the ability will be mercilessly invited out, more or less on the company has some influence, whether from the ability or from the economic, if looking for a partner, undoubtedly belongs to the He.

In fact, I could see it long ago, not to mention shrewd as he is Brandon.

When the door was knocked, the pretty secretary from the front desk came in and said respectfully, "Mr. He, Mr. Mu, it's time for the morning meeting."

"Okay, thank you." I politely answered, even if I have an official position here, I can not have a superior frame, this is my usual style of doing things.

Brandon stood up and adjusted himself a little, put away just a playful face, to a few steady look, really is the face of the great things, when things are not afraid.

"Mr. He, please, today I can finally get a glimpse of your style." I joked again with a smile.

When he heard my words, he showed a sunny smile again, then straightened his chest and walked out of the office.

At this time, Tyler is sitting at the highest level, with his usual cool, exclusive and strict prohibition.

I don't know why, how I feel like participating in the ancient emperor's morning court generally?

Despite being a little nervous, I straightened my back, nodded to everyone with a big smile, and found a seat with Brandon one after the other.

Perhaps because my experience is still shallow, Brandon stood up first, probably to give me a pioneer, he briefly told everyone his identity, and then said some matters about cooperation, short language, but comprehensive elaboration, after the words, caused a small restlessness.

When my turn came, I secretly took a deep breath and left my slight nervousness behind, and briefly introduced myself to everyone, although I had been in this company before, but some of the old employees were cleaned out and replaced by some new faces, who were not very familiar with me.

I was surprised by my own performance, standing on the lectern of Wakuda, but I could not say that I was calm and relaxed.

The meeting came to an end with a lot of applause, the employees were talking about it in private, especially the girls, and the topic of conversation was about the young and handsome Brandon, many of them had only heard of him but never seen him.

"Hey, I now believe what you said, you do have the capital of narcissism ah, the moment I appeared in person, it made the women can not hold." I subconsciously flirted after we discussed our cooperation plan.

"I did not expect such an effect, although I am confident, but today is not to attract the attention of bystanders, totally want to give you just an example."

Brandon said with a deep smile as he absently sipped his coffee.

"I'm just afraid that drunkenness is not the way to go." I asked, raising an eyebrow and looking at him.

Brandon was surprisingly quiet, and his eyes couldn't help but sweep in the direction of Tyler's office with confidence, which indicated that my suspicions were correct.

"It looks like I got your mind right." I continued.

He raised his lips, revealing a charming smile and said, "Still Olivia understands me best, the thoughts in my heart cannot escape your keen eyes, I just want to prove my strength, my Brandon was abroad in the early years though, now embarking on domestic business, and not losing him at all."

"Can I take this to mean that you're jealous of him?" I joked with a smile.

"What kind of person do you think I am, Olivia, so I am actually such a person in your heart?" He pretended to be sad and continued, "All along, I have been enveloped by a halo, always standing at the top, so I easily met a powerful character, of course I have to compete."

When he said this, his eyes overflowed with a different kind of color, like a killer who has not tasted bloodlust for a long time, making people shudder.