Home/ Hate To Hate You Ongoing 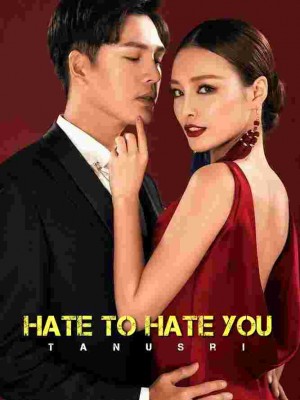 Hate To Hate You

What will happen when the walls you formed around yourself start falling? All the rules you set before start breaking? What if fate ties you to someone you never wanted? Meet Megan Gray, the dedicated female protagonist of the novel who is reaching heights with her routine hardwork and male protagonist Liam Smith who se Anne is enough to make a girl drool over him. He has been handling their family business from a younger age due to untimely death of his parents. Read how fate binds their ways in a twisted way and makes them fall head on heels in love with each other inspite of all misunderstanding.

Megan Gray: The hardworking employee of Lylac Love who earned her designation as a Creative Director recently due to her commendable hardwork and dedication towards her job.

Miss Smith: Aunt and a mother like figure to Liam after his parents passed away. She has been taking care of him since then.

Rose, Ishtar and Lucy: Best friends to Megan. They are no less than her own babies.

The day was a special one for Megan. She was going to get promoted as the Creative Director of Lylac Love. All her sleepless night and hardwork were getting paid that day.

She woke up as usual and got into her new champagne pantsuit. It made her look hell confident and gorgeous with that low v cut on the front and perfect fit of the pantsuit. To match it, she put on a layered chain, dainty pair of earrings and some makeup. After confirming her look for over five times in the mirror she finally headed out.

Liam Smith, the CEO of Smith Capital was the common heartthrob of every lady who ever noticed him once.

He was also going to attend the promotion party at Lylac Love being the CEO of the collaborating company. Though he didn’t like attending business parties, he was still going to keep his aunt Miss Smith’s request.

Anchor: And now we are going to announce the most awaited promotion of the year which belongs to…… Miss Megan Gray as the new Creative director of Lylac Love.

Megan: I Would like to thank each one of you for your support and love. Mom and dad I hope I made you proud of your daughter.

They came and started cheering for me. Three darlings of my life: Lucy, Ishtar and Rose. We’ve been together for the last 2 years.

Lucy: Meg you really bombed the stage. No doubt about your outfit choices.

Ishtar: you got their eyes hooked on you.

Rose: well there’s someone who will be our boss now.

Saying this she chuckled looking at Meg

You fools just know how to tease me. And you Rose…

she said pinching her hand

The four of them were enjoying their “we” time when suddenly the crowd around them started moving randomly.

To begin with, who won’t know him in this field. Megan though least bothered about his entry, still held a nice expression on her face as she was now a Director.

Miss Smith called Meg to her side to introduce her to Liam.

When Liam entered, he looked no less than a prince. His handsome face, perfect jawline, tall heighted perfectly muscular figure could make any girl scream his name.

As Liam approached Miss Smith, something was happening to Meg. She was irritated standing for long but still didn’t wanna get away without meeting him once.

Miss Smith I hope you are doing well. Liam said with a smile.

Uhh…son it would be better if you call me Aunt. Smith said as if teasing him.

Megan felt like a third wheel there but she had no other option than listening to her superior’s chats.

Liam forwarded his hand to congratulate Meg and she hurriedly accepted it. Seeing Liam up so close Meg had a flustered face. Feeling a light jerk she came back to her senses. Feeling utterly embarrassed, she quickly withdrew her hand and turned around to leave only to get glasses of drinks poured on her suit. The sudden glass breaking noise attracted everyone’s attention. Everyone started looking at the source of the sound and found Megan standing dumbfounded.

Rose, Lucy and Ishtar came to her help immediately. They started wiping the drink off her suit. The waiter greatly horrified by his mistake repeatedly apologized for it. Everything was pretty messed up. Meg had teary eyes as she couldn’t believe everything happening so quick. It was more than she could take. The best employee, the best night of her life and then suddenly everything falling upside down. She was feeling embarrassed. Tears started forming at her eye corners. She was strong but all this happening was too much to take in for her.

Suddenly she felt a tight grip on her waist, looking around to find the source she got pulled roughly to the restroom. She quickly tried to free her only to see the person holding her to be Liam.

“Does this really deserve your tears?” Liam asked with an annoying expression.

“And who are you to judge the situation I am in. Leave me.” She shouted.

“You girls are really something. You don’t deserve a man like me. I just thought of helping you out and here you are standing misbehaving with me. Miss your shirt is already wet and if u didn’t get the time to notice it, take a look now.” Liam said asserting a dominant voice in the last sentence.

Sobbing Meg looked down just to see the blunder. Her cleavage and nipples were pretty visible through the material. White shirt was a bad choice for the night. She was stunned. Tear drops formed now started their way down her eyes. No sound. She just kept looking down while thinking how to get out of the situation.

Liam opened his coat and wrapped it around Megan’s body asking her to get changed.

Now the problem being she didn’t have any more shirts with her. She was bold enough to tell this to Liam. Even she was surprised with her courage. In the past years she barely had any contact with guys and now she was with him in the same room alone. Though Liam was well reputed, he was not that pure and Meg's presence around him was different.

He offered his waist-coat to him. Of course he can’t offer his shirt to her. Nope and no, he can’t go out like this and neither her.

Being in fashion industry Meg was good with cloth pieces. She removed her shirt, wore the waist coat and put the overcoat on it tying it around her waist with the belt to give a shape to it.

As she came out she saw Liam on a call directing someone to keep the car ready at the back gate.

Feeling her presence he ended the call and turned around.

Not lying, he was honestly impressed with her fashion sense. No wonder she was chosen for the post.

“Sir be back to Earth.” Meg said with a confused expression .

Hearing her he realised that he was staring longer than expected. Do you even think about that? He asked her making her startled.

“It would be better if you concentrate on getting out of here asap. It won’t take them much time to notice your absence Miss Gray.” He said with a bored expression.

“Sir you must think about yourself first. I am pretty confident and ready with my answers...you better think about your leaving the party.” She said while giving a annoyed expression.

“I shouldn’t have helped you and that was my mistake..” he was cut by Meg’s words- “ I didn’t ever call anyone for the help"..

Liam grabbed her by her hand and pulled her closer touching both their chests. Her eyes grew big. Terror gripped her.

Pulling herself away from him, Meg shouted.. “Sir ….don’t cross your limits.”

“Better to leave than to be with you here.” Liam asserted.

“Same for me Sir. Hope to never see you again"…Meg shouted

“He must be one of those typical CEOs trying to dominate me but I am not the one he can.” She said with a smirk.

She finally left the place after being asked questions about her absence and her new outfit as expected. None could make out that it was actually men’s suit and she was proud of her fashion sense.

She left her friend’s questions unattended for the next day as she was tired after all the random things happening to her. After dropping drunk Ishtar to her house she left for her residence.

Getting changed into her cute comfy pjs she laid down and closed her eyes to rest. But the only thing that captured her mind was Liam.

“Is he really a jerk or a nice man?” Meg questioned herself.

The sight of him pulling her close to his hard chest and their bodies slamming to each other was repetitively coming to her mind. Suddenly her face flustered and she put her hands on her red cheeks to calm them down.

Maybe this was the first man encounter with me and so I am this uneasy. She thought to herself. Meg sleep or else the new CD will be late on her very first day. She went to sleep with a smile on her lips for the next day.

While on the other hand Liam was also going through a sleepless night. Meg had really done something to him. Her face with those pretty cat eyes, her perfect smiling lips was really pretty. Though Liam personally met better figures still Meg was different. He was never rumored with any girl till now since he knew his dignity and never wanted to stoop low to himself. This night he had a peaceful sleep rather than other nights which were disastrous.

Little did they know their walls already had cracks by each other’s presence in their lives and an unseen thread binded them.