Home/ In Love With My Leading Lady Ongoing 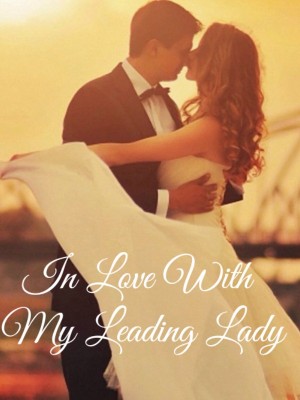 In Love With My Leading Lady

Shen Xin and Mu Xiangli had been married for two years, but she had only seen him twice. One was marriage, and the other was divorce. "Let's get divorced. It's not a big deal to recover to be single. From now on, Shen Xin will focus on her career and avenge her mother." However, a certain someone suddenly became a flower-protecting messenger, both in public and in private. Trying to get married again? Impossible! The ex-wife said, "Master Mu, I'm very busy." Besides—what did you do in the past two years?

In the splendid reception room.

When Shen Xin took the divorce agreement from the lawyer, she subconsciously looked at Mu Xiangli, who was sitting opposite her.

The man was tall and straight. Although he was wearing sunglasses to cover most of his face, it could still be seen from his well-defined facial features that he was very cold. He was dressed casually with a pair of white T-shirt and black pants, but it could not hide the coldness that came out of his bones. He was as domineering as a king.

He was Shen Xin's husband, but he was more strange than strangers.

It was hard to imagine that Shen Xin had only seen him twice in the past two years.

The first time was at the wedding.

The first time was now.

Mu Xiangli noticed that the woman was looking at him and said coldly, "Do you have any objections?"

His voice was as cold as ice, piercing into the bone marrow. Shen Xin quickly shook her head and withdrew her eyes, swallowing the words on her lips.

She just wanted to say a few polite words to him. After all, they had been married for two years. Shouldn't they exchange a few words once they were separated? However, Mu Xiangli was always cold-hearted, so she decided to forget it. She quickly put down her name in the last document and handed the agreement to the lawyer.

After the lawyer confirmed his signature, he reported to Mu Xiangli, "Master Mu, the procedures have been completed."

Mu Xiangli got up and left quickly.

Shen Xin's eyes followed the man until he disappeared at the door. Then she took a deep breath. The two-year loveless and inhuman marriage was finally over. For her, it was a relief.

"Miss Shen." At this time, the housekeeper Li Rui came over and said, "Your luggage has been packed."

"Okay, thank you." Shen Xin got up and took the suitcase with light steps. She was a virgin, so she had no other luggage except for some clothes she brought when she got married.

The housekeeper said, "Miss Shen, in fact, I can arrange a driver to send you back."

Shen Xin said, "No, I'm no longer in the big house. I can't enjoy your service anymore."

The butler smiled dryly. "Well, I wish you a happy life in the future."

Shen Xin lowered her head and thanked him. Then, she dragged her luggage and left.

Thinking back to this year, he was confused.

Two years ago, her adoptive parents failed in their business. Mu Xiangli suddenly proposed a marriage and helped the Shen family rise again. At that time, Shen Xin was 22 years old, and her younger sister was 16. Her adoptive parents moved out to raise her, so she had to marry him.

After getting married, Mu Xiangli didn't even look at her. He placed her in the villa and never asked her to do anything. He never saw her again, as if she didn't exist.

Shen Xin couldn't figure out why Mu Xiangli insisted on marrying her. He made her live an unmarried life in the name of marriage for two years. Her parents complained that she was useless and couldn't even have a child.

At the thought of her adoptive parents' complaints, Shen Xin felt very upset. Ever since her sister was born, her adoptive parents no longer loved her and only treated her as a burden. Most of the time, they should want to send her back to the orphanage.

Fortunately, this inexplicable marriage was over, and she could plan the future again.

As they walked on the road leading to the gate, they suddenly heard a scream from behind. "Xin-jie..."

Shen Xin stopped and hurriedly turned around. A little boy got out of the car in a hurry. His heart softened, and he hurriedly squatted down to take the little fellow into his arms.

His mother was unknown.

The only gain of marrying into the Mu family was to get to know this little guy. He had no mother at such a young age, and his busy father was really pitiful, so he especially wanted to protect him.

Xi Chen hugged Shen Xin's neck and cried, "Xin-jie, take me with you."

Seeing the little fellow's face full of tears, Shen Xin's heart softened. She wiped his tears and comforted him, "Can I pick you up after I settle down?"

Mu Xichen was four years old this year, and he was very mature. He knew about Shen Xin's difficulties and he also knew that his father was a cold person. He tried his best to control his tears and stretched out his little finger. "Let's make a pinky promise. When you settle down, you will pick me up to play."

Shen Xin nodded with certainty. She made a pinky promise to Mu Xichen and kissed him on the face. She comforted him, "Don't worry. I'll settle down soon. You set up the unicorn. I'll check it the next time we meet."

Mu Xichen nodded and said like a little man, "It's a deal!"

"Well, it's a deal." Shen Xin hugged Mu Xichen again and felt a little reluctant. But after all, he was someone else's child. No matter how much she liked him, she had no right to take him away...

After walking out of the gate, he stopped a taxi on the side of the road. The journey of longing for the future soon arrived at the Shen family.

With the help of the Mu family, the Shen family made a name for themselves. They changed into a big villa and entered the upper class. Their adoptive father became a well-known rich man in the local area. Their adoptive mother became a rich woman, and their younger sister became a living little princess. It was said that she also took an advertisement to enter the entertainment circle.

As long as the Shen family was well, Shen Xin felt at ease. At least she no longer owed them anything.

She pushed open the side door and walked in. The courtyard was decorated with lanterns, flowers, corridor, balloons... What was she celebrating?

"By the way, my sister is 18 years old. She should hold an adult ceremony for me."

Shen Xin dragged her suitcase in and heard cheers and laughter from a distance.

It was lunchtime, and there were many guests at home.

Shen Xin put the suitcase in the corner and tidied up her hair and clothes. Her adoptive parents didn't know about her divorce, so she had to play a role first.

Shen Xin entered with a smile. Just as she was about to speak, she saw her sister kissing a tall man.

What was going on?

Shen Xin would never be mistaken for this man's face. He was clearly her former lover, Wang Yang!

"..." Shen Xin was immediately stunned. At this time, her adoptive father Shen Hong's loud and clear voice sounded in her ear, "Let's raise our glasses to celebrate and wish this couple a happy ending."

Didn't Wang Yang say that he would wait for her?

Shen Xin and Wang Yang were classmates in high school. They studied in the same university together. At the end of their second year, they were short of lovers. After graduation, they planned to get married. Who knew that they would meet the Mu family's marriage...

The Shen family had raised her and her adoptive parents came to beg her. Shen Xin had to complete the engagement with the Mu family no matter what.

In the end, she could only break up with Wang Yang.

However, Wang Yang did not give up and kept in touch with her. It was he who comforted Shen Xin. On the one hand, he said that as a child, sometimes he had to think about his parents. On the other hand, he said that the owner of the big house was an old man who liked the new and hated the old. Maybe in a year or two, he would not let her do that. He begged Shen Xin to continue their relationship.

Even after getting married, Wang Yang would call Shen Xin every once in a while to ask about her life.

Shen Xin felt very sorry for him. Every time she wanted to break up with him, as long as Wang Yang cried, she would be softhearted.

In the past two years, she had thought of being with Wang Yang after the divorce.

It could be said that she was silently happy when Mu Xiangli proposed a divorce.

But now, she was divorced, but Wang Yang was with someone else. That person was still her sister, Shen Qian Qian, the biological daughter of the Shen family!

Shen Xin's mind was in a mess.

She didn't even know what was real and what was fake!