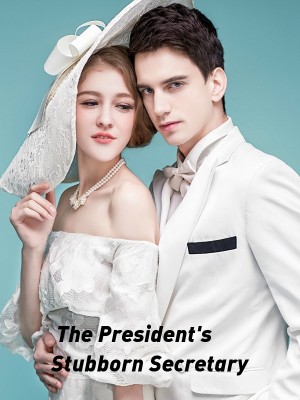 Katy and Alan started dating in their senior year of high school. However, the couple encountered the objection of Alan's mother. Not to mention the appearance of Donna, Alan's fiancée is constantly looking for ways to separate the two. In one time Katy saw Alan foul-mouthed Donna leading to misunderstanding. Plus the pressure of Alan's mother relentlessly forbade. In the end, the couple sadly parted ways. After the two broke up, Katy discovered she was pregnant. She went to Alan to talk when she heard that he had gone to study abroad. Katy decided to keep the pregnancy, quietly give birth and raise it alone. Years later, the two meet again by chance under ironic circumstances. Katy's fiancé had an affair with Alan's fiancé. Alan at that time became a talented and wealthy general. Meanwhile, Katy is just an ordinary office worker. After meeting at the hospital, Katy learned that the company where she worked had a new director. That person is none other than Alan. For a living, Katy must accept to work with him. In the process of working, from the pain of being betrayed, the two found harmony, the unfinished old feelings once again exploded. Both Katy and Alan must overcome objections from Alan's family, as well as the past secret that Katy has kept hidden for many years is revealed. Thanks to their steadfast love, after many efforts, both of them also received everyone's blessings and lived happily ever after.

It is often said that first love is the most beautiful and also the most unforgettable. The first love comes when sitting on the school chair with an even more special meaning, easy to engrave into the memory domain, it is extremely difficult to erase. Although at that young age, we are still clumsy and naive, but our emotions are very pure, true, and at the same time extremely lovable. Really? Maybe people say it wrong sometimes? Yes, there is no such thing as absolute in the world, so don't completely believe in anything, whether you see it with your own eyes or hear it through someone else's boneless tongue. Just looking at a one-sided angle you will be very easily deceived. make yourself stupid, there is nothing more foolish than that. We must cover all aspects to avoid mistakes. The most important thing is to always have the right opinion and a sustainable opinion. The story that I am about to tell, will clearly show you the statements mentioned above, true to a certain extent based on personal views.

Today is a beautiful day, there are also memorable events, certainly suitable for special things to happen.

As usual, on lunch break, Katy went to the terrace, a private place, free and free, freely expressing herself without being embarrassed when others caught her mocking and laughing at her. Most importantly, to hide from the crowd, even though today is a fun day. While the students are enthusiastic, full of energy, not afraid to collide, compete to participate in fun and eating activities organized by classes, which is common in school festivals. In stark contrast to the majority, Katy likes to be alone, sitting quietly reading a book, occasionally singing along to the tune of her favorite song. Today there is one more reason worth mentioning for Katy to soon leave the noisy and bustling place, that is because her personal locker suddenly appeared a letter. The content is to meet on the terrace.

The wind gently brushed through her long, smooth hair, Katy reached out to push the stray hair back behind her ear. Raised the frames of his glasses to the bridge of his nose, then read the letter over and over again with a thoughtful expression.

Her emotions are mixed. between familiar things mixed with many strange things that have never been found before, making her bewildered.

The first time she received a letter, was it a prank or not? Katya doesn't need to know or care, she is too used to being bullied, becoming the pastime of naughty, malicious boys. Actually, Katy is quite sensitive to the subject of receiving mail.

You mean.... If a person of the opposite sex invites me to talk in a rather private place, what's the point of not expressing love? Shivering to herself, Katy hastily dismissed the improbable thought.

Look, who is she? an ordinary girl who hangs out with normal people and comes from a normal family. Plus, she didn't know that person well. Yes, it was the guy who sent her the letter.

His name is Alan Martin.

She seemed to miss it, the man with ash gray eyes and black hair. handsome face, tall, heavy weight is not medium form, background is not ordinary. It can be said that he is the hotboy of the school, loved by most of the girls. The two have been in the same class since freshman year, though she is not close to him. Words can still be counted on the fingers. To be honest, she had never spoken intimately with men, except for her father.

Referring to her family, she suddenly felt sad and pitiful. Her father, the scariest man she had ever known in her life. Perhaps he was a little harsh with his children, especially with her. yes, compared to her sister, smart and bright, she is a dumb kid.

How do you underestimate yourself so much? It's not a joke, her sister is always first in her class. While Katy had to brainstorm and even study more to be in the top 10.

Once again it must be emphasized that the number 10 is very impressive, worthy of praise for Katy, but her father does not think so.

And yet, she knows the reason why her father loves her sister more than her because her face is very similar to her mother, the most beautiful woman in his heart. Despite her different appearance, in exchange for her personality traits inherited from her mother, she has always been gentle. Her sister has a brave and stubborn nature. And don't forget her confidence as high as space and deep as the ocean. Katy is really jealous of her sister.

Although shy and self-deprecating, she prides herself on having immense altruism. What's wrong with not wanting to get in trouble? It's better to say sorry than to have an argument that ends up only leaving your throat dry.

The masculine voice brought her out of her train of thought. She took her eyes off the book and now her eyes were 100% drawn to the most popular boy in school.

"Correct." She replied that, to be honest, Katy didn't like the awkward atmosphere. Moreover, she was having to talk to her son, the biggest problem for her.

"I like you! Will you be my girlfriend?" The guy who appeared not long ago had a very realistic statement, which had a strong impact on the girl's ability to receive and process information.He also calmly handed Katy the button. second shirt on his uniform.

Katy's head suddenly felt filled with questions like how? Why me? Is he drunk? Is this a bet between the boys in his group of friends? Hidden camera?...

Katy rolls her eyes to the sides to check if anyone is secretly filming, otherwise a mini camera is mounted on the drone. Thinking of this, she unconsciously looked up at the sky, there was no trace of suspicion. Her ears didn't hear any suspicious sounds either. After making sure she was alone with the boy, Katy turned to face Alan.

“Why… What do you mean… what…?” Well done Katy, now she looks like a silly daughter. His eyes were wide open behind thick glasses, his lips were slightly parted and his cheeks were rosy. And don't forget the stuttering when you're nervous and stressed.

This guy actually chuckled at her innocent, somewhat adorable reaction. Does Katy's expression look funny right now? Or is the problem in Alan's insensitive behavior?

What a strange boy! You're just as weird as Katy.

Wouldn't a girl be shocked by a sudden confession? Katy justifies herself, it's completely natural, so why is he laughing? Moreover, from a practical point of view, Alan and Katy don't know each other very well, except for one name, both are classmates, but rarely contact, let alone talk, that's all. Oh and don't forget this is the first time in her life.

'Great! This is the first time a guy has confessed his love to a girl like me.' Her mind was suddenly confused.