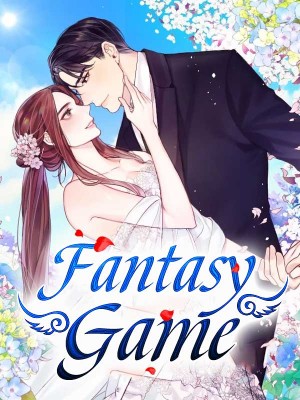 A popular game named Fantasy Game swept through the whole world in 220. There was a turmoil when someone discovered that they could access the game world in a different way…

“And this, spider coccyx.”

Every time he said a word, the boy would take a stuff, as if by magic, from his backpack and put it on the counter.

In the same way, as more things were placed on the closet, the smile on the shop owner's face became more and more intense.

“It's a total of twelve silver coins, and I will give you twelve!”

The owner of the grocery store carefully put away some bottles and cans on the counter. Even if these were just some low—level materials, they were considered hot items in this small town. It should be understood that the materials of the alchemy were not so easy to get. Yes, the owner could earn a lot of money by just seeing what he had bought.

Faced with this kind of guest, the owner could always show 200% enthusiasm. “Young people are really amazing. Where did you get such a complete Necro Spider?”

“Is it difficult to get it? At Neighboring Village, in the Little Ghost Town, the Necronomicon Cavern.”

“Oh! That place. It's not easy to go there. I didn't expect you to be a young hunter, but I heard that there's an LV: 20+ high—level elite shadow spider. You should be careful.” The shop owner said as he lowered his head to write something in the account book.

“By the way, there are people who are offering an extravagant price looking for the eyes of the Wild Rotten Wolf. Are you interested?”

The shop owner looked up and saw that the young man had left the grocery store, and he could only see his back.

“Don't rush off!” The shop owner hurriedly walked out of the counter and shouted towards the door. “Hey, guy! You can also make a deal with me next time! I'm sure you'll get a satisfactory price!! And, may I have your name? “

The young man waved his hand. “Call me Nick Jones.”

After getting these twelve silver coins, Nick Jones started to figure out an account.

Twelve silver coins, the rent for the room was ten per month. The remaining two could be used to buy something to eat, which meant that he could make it through this month. Not only that, if he could continue to complete more low—level commissions, or go around the spider cave, he might be able to save some money.

However, the shadow spider entwined in the crypt was indeed a big trouble. If there were no special reason, Nick Jones would never want to meet it again.

Nick Jones rubbed his right arm which was rubbed by the claws of the shadow spider. Until now, the arm was still numb.

Previously, Nick Jones had stumbled upon it when he was hunting a ghost spider in the crypt. It could spit out something like a spider's web from its mouth. Its attack also had a paralyzing effect. After a short fight, Nick Jones wisely opted out.

As he passed by a drugstore, Nick Jones bought two rolls of bandages and a few strains of scorpion grass. Although it took four or five days to self—heal, this kind of injury would have cost him a lot of money if he went to Cleric Guild for treatment.

As usual, Nick Jones returned to his residence.

This building was located in a corner of the rich area. Even though it was just a small house, the rent per month was ten silver coins, which was equivalent to the cost of an ordinary family for two or three years. But on the other hand, staying here could save him a lot of trouble. At least no one would ask about his origin.

Hubbard had told him that in this world, money meant that he could save a lot of trouble.

He glanced at the top of the door frame, tiptoed and took off a piece of hair from a gap.

That was the mark he made when he left.

The hair was still there, that is to say, nobody had ever been here?

Nick Jones slightly squinted his eyes. With expectation, he turned the door handle and pushed it in.

Previously after the mission, there had usually been a letter left for him on his table.

Generally, there would be an evaluation of this mission and a description of next mission.

It was the same this time.

The letter lay quietly on the table, as if to laugh at him for the little tricks he had done on the door.

How did he do that? Didn't he come through the gate? Nick Jones's sight shifted to the only window in the room.

No, all the windows in the room were sealed and it was impossible for him to enter by the window.

The feeling of numbness in his right arm came again. Nick Jones shook his head helplessly, and he decided to stop thinking about these unthinkable issues.

Sitting on a wooden bench, Nick Jones simply handled the wound on his shoulder, and then opened the envelope.

The stationery gave off a rare scent, and when he opened the envelope, the sound was crisp and clear. It was not the dull sound of ordinary paper.

There were only a few words on it. “Quit the game immediately.”

Nick Jones was frozen for a moment.

It was not until the pain in his shoulders came again that he returned to his senses.

The stationery was kneaded in Nick Jones's palm.

Then, the red flames rose from his palms, and the pieces of paper in his hands was burned, giving off a scent of jasmine.

Moments later, Nick Jones stood up and let loose the embers in his palms.

Nick Jones slowly closed his eyes. Not far from him was a bronze door.

He walked forward, pressed his hand on the door, and whispered, “Quit the game.”

A strange voice rang in his ear.

“Preparing the teleport. Please remain in a non—combat state.”

Although this kind of voice was weird, Nick Jones did not feel strange. He felt that it was a long—lost voice.

The surroundings were dark, and Nick Jones realized that his memories of the past were being awakened.

In fact, he no longer remembered when his memories started. The only memory of his childhood was just his mother's death.

Just as he was about to face an unknown life alone, he met another person.

That person was claimed to be his father's friend.

His question was simple. “Do you want to be a hero as your father?”

Nick Jones nodded, and his life path changed after that.

From then on, Nick Jones entered the world of games under the guidance of that person.

Then, that person left.

Every month, a sum of money went to his game account.

There was not much money. At first, it was just enough for him to buy something to eat in the game. However, the longer time he was in the game, the less money he would gain from the other party.

On the contrary, the number of assignments placed on his table was increasing.

From simple wild survival in the beginning, to collecting herbs afterwards, to the current escort and the occasional hunting of low—level creatures.

Every time he finished the task, he would get some simple task evaluation and rewards. Similarly, he did not receive much. Except for the rent, it was just enough for him to buy some food. Occasionally, he would use it to buy some necessities.

For example, a dagger that worked quite well.