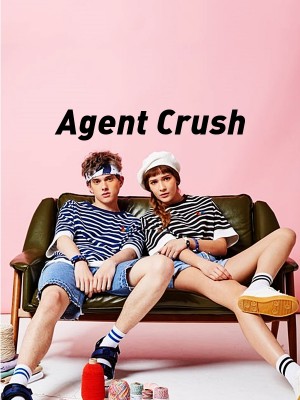 I am a sophomore studying at CST College and Megyel, my crush since high school days is at his final year in the same college. I had always been a bookworm and a nerd while he was popular and a little bit cold. One day, i decided to confees my feeling for one last time and be done with my three year crush and went to search him.i saw him going down the alley and i found it some what strange but still followed him. He suddenly disappeared into thin air and i ran towards that direction. I suddenly realized guns pointing at my head and due to panic i fainted. I heard someone calling my name &quot;Eden,..Eden&quot;.

"Who did you say your crush is" said Dechen still in shock. "How many times do i have to repeat it, i am not going to say anymore so listen carefully " i said feeling annoyed. "Its Megyel" i said blushing. "Are you talking about Megyel, the most popular boy from computer science department! The one who won the annual coders contest." Dechen said in a surprised manner. "Yes" i answered ,Dechen could see my face turning red. "Have you gone mad" She said hitting on my shoulder. 'Ouch', i screamed since it hurt so badly. "Why? Can't I have a crush on him" i said in an odd tone. "Its not that you can't have a crush on him. You can but don't hope to be accepted ". Dechen was concerned that i may get hurt. " Why?" I asked foolishly."Don't you know Yeshi, the most popular girl from literature department cried after being rejected by Megyel". "Come to your sense Eden, he could break such a beautiful girls heart, will he look at you" she said worryingly. " i know, but its just that i couldn't seem to stop." " Dechen as my best friend shouldn't you support me". "Okay" Dechen finally agreed." Since it's the first time you liked someone. I'll help you." She said to me giving me a hug.Actually i already knew that i wasn't pretty nor was i outgoing. Was pretty much a nerd and a bookworm so i had one best friend Dechen. She was quite pretty and was very outgoing unlike me. I would always listen to Dechen but this time i just couldn't. " But Eden, since when did you start liking him. I remember, you were not involved with any boys and i always saw you at the library. Tell me your story" Dechen was getting curious now. "Do you remember someone suddenly moved near my house during the summer break when we were in 11th grade". " Yes, so what about it?" Dechen was quite confused as to why i was suddenly talking about high school days. "It wad Megyel". " i still remember it vividly". " i was just reading a book near my house, at that time suddenly a car stopped near me. A couple came out of the car and i went to talk to them".When i was talking to the couple, "Megyel, come on out, we have reached" they called their son. A handsome boy with a headset and a tab in his hand came out of the car.