Home/ And To My Son Completed 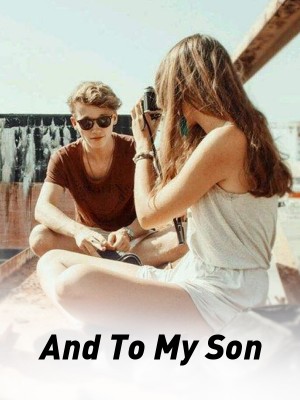 And To My Son

Ted returns home after the death of his father to find his only inheritance is the contents of the garage. Dealing with family can sometimes be hard and unusually cruel, as his sister proves. But Ted soldiers on and runs into an old friend from his past. A sexy friend, too!<br><br>Enter Duncan.<br><br>Ted and Duncan were on the swim team together in their youth, and now, years later, they hit it off again. Duncan has his own business and offers to help Ted with the car. But will long hours spent together in the garage lead to more than either man bargains for?

“‘And to my son, I leave the sum of one dollar and the contents of the garage. That being what he’s worth.’” The lawyer put his glasses on his desk and rubbed his eyes. “I’m sorry, Ted, but that’s what he made me write.”

My sister Grace, sitting between me and her husband Robert, was halfway between elated beyond measure for herself and sad for me. She wasn’t a bad person, but she had certainly done a good job of sucking up to the old man and she knew it. Besides, she was pretty as a penny, blond and blue-eyed and only a few pounds overweight, straight, and had popped out three grandchildren for him. It was no big surprise that he had left her the bulk of his estate, which included his house, the house we had both grown up in.

Next to her I wasn’t much, with my red-brown hair, brown eyes and freckles and, oh yeah, that whole gay thing, you know? He hadn’t liked me very much. It figured he’d leave me the garage; on paper it almost sounded fair. There was still a car in it, Grace told me. “It’s there, Grampa’s old junker.” It had been sitting in the garage for twenty years, ever since my grandfather—my mom’s father—had passed away. Dad said all it did was take up space, and it was in terrible shape. Hell it was really old, I’d heard my grandfather say it was a 1955 model. Now that’s old! He’d wanted to get rid of it two years ago when our mom passed away, but nobody answered his ad, except for one guy who said he’d haul it away if Dad paid him two hundred bucks, but of course Dad said no way.

Later, as my sister and I, Robert, and the three stooges, I mean, my niece and nephews, ate dinner at a Denny’s, Grace said, “You know, dear,”

“You have to get that piece of junk out of there because we’re going to put the house on the market. Well, after we sell the furniture and stuff, get rid of Dad’s clothes and everything, that is. We have a truck coming the day after tomorrow to haul everything to Downtown Homer’s Slightly Used Stuff Shop. It’s trash, but it’s too good to just give away to Value Town. We could use the few dollars it might bring in. So get busy in that garage. Everything in there is now yours. Who knows, there might be some tools or something you could figure out how to use.” How sweetly she smiled, but dollar signs seemed to swirl in her pretty blue eyes.

Robert rolled his eyes at Grace’s feeble efforts to downplay her good fortune. He was a nice guy. Probably they deserved each other though. Little Amy Jo looked over the back of the seat at the old bald guy sitting behind us. “You smell funny,” she told him, probably dripping saliva on him. Kids that age, she must have been just two or so, drooled a lot, didn’t they? Or was it just her. The top of his head turned red and a drop of something stood out, but he said nothing.

The two boys, twins aged five, Damon and Demon or something, were opening the sugar packets and eating them. I was sorry I hadn’t rented a car, and thus had to accept Robert’s offer of a ride to whatever hotel would take me. My flight had only just gotten in an hour before the reading of the will. At least I wasn’t staying with them in their little place. But then I had a brainstorm; instead of looking for a hotel, why didn’t I stay at the old house? I had ulterior motives, but I told Grace, “I could do some basic cleaning for you and bag up Dad’s underwear and anything you might not—er, want to see.” I knew he had a huge porn stash. Nothing I was interested in, but oh well. And I’d save a fortune, for whatever time I could stay there. Maybe even until it sold? It sure would be easier to work on a plan to remove the car, and I could cruise the garage for whatever hidden treasures there might be, you know, old rags or whatever.

As I ate my chocolate pie, I wondered if the boys who had taken auto shop in high school had found jobs here in town. There was a five year reunion coming up; maybe I’d go if I was still here. Although I’d been called fag often enough, I don’t think anyone ever actually knew for sure; heck I’d barely known myself in those days. Maybe I could find and bribe some girl to go with me! Maybe I’d have the car fixed by then

was there even a chance in Hell that it could be made drivable?

so I could take a date, if I could get one. Where do you go to find a date, if not at a gay bar? Could I convince Grace I was straight and ask if she had any friends? But then I remembered her friends from high school. Ew. Except for the one, Lizette, who turned out to be a lesbian. Hmm. Hey, maybe she’d be at the gay bar. I’d be amazed if we still had one. This was a pretty small town after all. Usually you’d go into The Big City, especially if you weren’t out. I’d have to check.