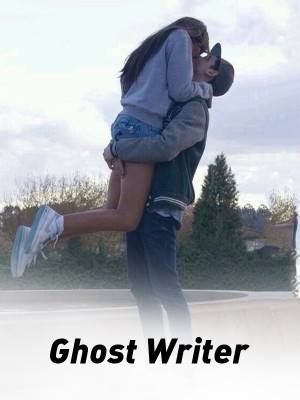 After a reenactment weekend, Goose Tucker inadvertently brings home Civil War soldier Jefferson Eaves’ diary and is shocked to discover Jefferson’s spirit has come along, too.<br><br>Through the diary, Jefferson tells Goose about his true love, Calvin, who was a former slave who fought for the Union. With no record of Calvin’s death or service found, Goose figures Jefferson might not want to cross over until Calvin receives due recognition.<br><br>Jefferson also speaks of an acorn planted as a sign of commitment to their future. When reenactment leader Patrick O’Hanlon calls looking for the diary, he tells Goose about his plans to return down south to protest the chopping down of an old oak tree. Is this the tree that grew from Calvin and Jefferson’s acorn?<br><br>Goose, with Jefferson in tow, decides to go with Patrick to find out. What happens between the four men once there is a lesson in healing and love.

“It was a dark and stormy night, October 27, 1863,” our Civil War reenactor instructor said, peering out at us over his wire-rimmed glasses. “If it wasn’t then, it sure is now.” He had a big smile. Everything about him was big, his shoulders and chest, the reddish bushy beard that covered most of his face, and his boots. Guy must have had size fourteen feet, at least. “The sky was angry, its noise as loud as artillery fire.”

Right on cue—BOOM!—a clap of thunder rattled the casement windows set in concrete block all around us. I jumped. Loud noises weren’t really my thing.

We were down in the basement of a beautiful antebellum home that was now a museum. Upstairs, according to the website I’d scoured, the furnishings were antiques, the walls covered in original brocade paper, the windows with silky drapes. Where we were stuck, everything was musty, gray, and dank.

“The Battle of Browns Ferry had one purpose,” our leader continued. “Food. After the Confederate victory in Chickamauga left thousands of union soldiers trapped and starving in Chattanooga, General William S. Rosecrans telegraphed Lincoln with dire news, stating our hold here could not be assured.”

I couldn’t remember the instructor’s name. I wanted to say Philip?

“There were very few nighttime battles during The Civil War,” he read from a hardcover text book eerily similar to one I’d used in high school more than a decade prior, “but this was one of the more significant.”

“Come do a reenactment with me,” my brother-in-law, Rip, had said. “It’ll be fun,” he’d told me. So far, it felt a lot like studying for a final. When I checked my phone for the football scores, Rip nudged me.

Truthfully, I wasn’t. Yeah. I could be immature sometimes. I’d giggled when Rip and I first drove under the sign that read Welcome to Cocke County.

“It’s pronounced like the soda, you freak,” he’d told me. “Not the body part.”

I kind of thought we’d put on the uniforms, run around like kids, and yell “Bang! Bang! Bang!” I pictured it being like a production of Hamilton, only with different costumes, setting, plot, and music I would make up in my head. I had no idea so much effort was put into these things to make them accurate. We were learning about The Battle of Wauhatchie, which took place in Tennessee and Georgia. About thirty of us had gathered on the grand southern estate to relive those two days in history.

According to that website I’d read over and over ahead of time, our lodgings had everything, from stunning architecture, to famous historic visitors, to secret tunnels, to ghosts. What it didn’t have on the level we were stuck in, were enough bathrooms. There were only three, which meant I’d have to fight ten or fifteen other guys at shower time in the morning, unless being accurate to the era meant we were going to go into battle stinky. At almost thirty, I was too old for that frat house crap.

“The lightning.” The entire room had turned blue for half-a-second, accenting a bunch of backpacks and several dozen sleeping bags.

I wished more than ever I was in one of the comfy rooms upstairs, with air conditioning, a soft mattress, and drapes to shut, so I wouldn’t have to see Mother Nature’s light show. We weren’t allowed to sleep up there, though. All sorts of rules applied that it was likely assumed we, as Neanderthals, would be incapable of following. The house’s management had little faith in us. Checking out some of the stains on some of the undershirts not quite covering some of the bellies around me, I could see their point. At any rate, we were stuck in an annex at basement level, with bathroom amenities that looked as if they’d come from another period in history as well. I was guessing the 1970s.

“You afraid of thunder?” Rip asked me.

The old home’s exterior was white, with beautiful columns and terraces outside the upper and lower rooms. The wrought iron railings were sculptural and ornate. They’d captured my eye the moment Rip and I had driven up the long, winding driveway. I kept drawing them in the notebook I was supposed to be using for actual notes. I liked to draw.

I focused in once more on our speaker.

“Thirty-five of us will work to reopen a route to Chattanooga from Browns Ferry on the Tennessee River,” Paul said. Or was it Peter? I checked my notebook to see if I had written his name down. “And five of you will be the starving soldiers.”

“What do they do?” I asked Patrick. According to my scrawling, his name was Patrick.