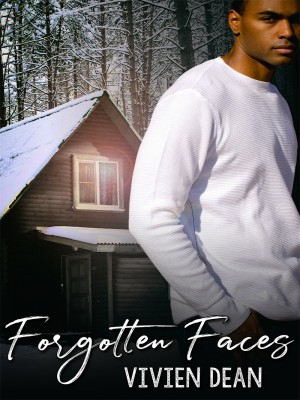 Some call him the Angel of Death, but Caleb knows better. He doesn’t kill. He erases life. Centuries ago, the Higher Powers created him to walk the terrestrial plane, eradicating those from existence who have either earned punishment or asked for dissolution. No attachments, no commitments, no problems.<br><br>His latest assignment should have been as easy as the rest. But the second he gets invited into Leandro Warnell’s remote Alaskan cabin, Caleb knows something is different. It’s more than the overpowering physical attraction between them. It’s more than the inconsistencies that have plagued this assignment from the start.<br><br>It’s the mark Leandro wears over his heart, the symbol unique to Caleb’s body. Because the only way he could’ve got the tattoo is if Caleb had given it to him…and the man who’s collected memories for the last thousand years has no recollection ever meeting Leandro before ...

The language of life and death is an art form. A whisper here, a bloodcurdling scream there…these are the instruments that form the orchestra of my existence. Macabre? Perhaps. It depends on your perspective. I take pride in the burden I’ve been condemned to bear. It is the sole purpose of my continued existence. Why would I want the fruits of my labor derided or mocked when that is all I really have?

Some call me the Angel of Death, but that’s not accurate. I don’t kill. I erase life. There’s a singular difference between the two. I don’t expect most people to understand. It’s about precision—of language, of semantics, of what I do. A dozen centuries ago, I might not have been so particular. The job was new then. So was I. Relatively speaking. I’m not so much anymore.

That doesn’t mean I don’t do everything I can to fit into this ever-changing world. I have a two-bedroom condo in Palo Alto, I have a visiting professor status at Stanford University, I even have a cat named Kuro that throws up in my favorite shoes every time I’m gone too long. None of it will last, of course, but still, for now it’s the semblance of normalcy.

Sometimes, I even believe it.

Until another assignment comes.

I was home, reading essays on Solzhenitsyn’s Gulag Archipelago. Note I say reading, not grading. That would come later, after I’d inured myself to pedantic analyses, pathetic spelling, and appalling grammar. Such a dulling process often required wine, which also delayed the grading process. Once, the first year I’d been at Stanford, I tried skipping the anesthetic phase and going straight to grading with wine. I nearly lost my job over it, because I gave a D to a prominent alumnus’s daughter. Frankly, she should have had an F, but my drunk self is more lenient than my sober one.

Anywhere, that’s where I was. Kuro had claimed the windowsill, his ginger body stretched along its length, and Jon Stewart was on in the background. I was buckled in for the night, dressed in my favorite T-shirt—a faded blue number from an REM concert in 1991—and cut-off sweats, with papers in two stacks on the coffee table in front of me. Read and unread. The one resting against my knees had been written by a cute basketball player with a penchant for referring to the work as the Stalag Archipelago. It was a good thing he was athletic and attractive. He was going to need both to get ahead. I had been trying to get through his third-grade writing for the last half hour.

When the doorbell rang, I bolted from my seat, too ready—and needy—for an interruption. It didn’t occur to me until I was almost at the door that people didn’t visit me in the evenings, especially on a Friday night.

But Lemuel had never once been human. So he was excused.

To most of the world, he looked human enough. They would see a skinny, buck-toothed blond somewhere in his thirties in dire need of a haircut and shower. Closer examination revealed him as near skeletal, not just too thin, with sunken black eyes that never blinked, and crooked fangs instead of regular teeth. His mottled complexion wasn’t pock marks from teenaged acne run amok, but fresh sores that occasionally pulsed in time with his languid heartbeat.

But like I said. Few would ever truly see him. That requires a careful attention most people lack. You humans can be the most fascinating creatures sometimes, but observant you are not.

I saw him just fine. And I wasn’t exactly thrilled about it.

“Well, at least you knocked this time.” I held the door wider. Invitations were a waste of breath.

“I am the very model of civility.” He ambled past. A whiff of sour sweat drifted behind him. I made a mental note to air out the condo the next day. “I’m not interrupting anything, am I?”

He sounded too hopeful. I slapped the back of his head as I headed back to my seat on the couch. “I wouldn’t have answered if you were.”

“Shame.” He flopped down in the chair and propped his Converse heels on the coffee table. The papers scattered. “You’re no fun anymore, Caleb. Remember when you had those twins you kept in cages in your basement? How come you don’t have anything like that going on now?”

“Because I live in California, and basements are death traps.”

“Only if you can die. Which takes us back to my question.”

Leaning over, I began picking up the papers he’d knocked over. “What’s the assignment, Lem?”

His face screwed up, and he stuck his tongue out at me. Such an old demon should not be such a petulant child. “One of these days, you’re going to sprout a big white beard and start using a cane, just like the old fart you’re turning into.” He waved a hand toward Kuro, and sparks danced from his fingertips in her direction. She didn’t move, bless her heart, though she did glare at him and curl her upper lip. “I mean, you have a cat, for fuck’s sake. And I’ll bet there’s slippers under the couch.”

I refused to look up. “Hardwood floors get cold.”

“See what I mean? All that’s missing are the bifocals.”

“What I see…” I straightened and returned the stack of papers back to the table, folding my arms over my chest to stare down at him. He wasn’t intimidated by my size, but it made me feel better to tower over the little twerp. “…is a messenger who seems more concerned about the lack of entertainment in his mundane little job and not nearly worried enough that I’ll say something to the right person about how he wastes time with small talk when there’s clearly a job that needs to be done. Now. Do I get my assignment, or do I get the privilege of throwing you out?”

With a grimace, Lem reached into his tattered jeans pocket and pulled out a tiny folded piece of paper. He tossed it onto the coffee table, where it twirled in place, around and around and around like an origami top. We waited together for the image to appear in the small translucent cloud that energy created, though I didn’t fail to notice how Lem kept glancing up at me through his wispy lashes.