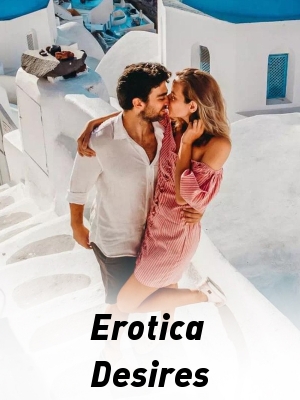 She was brushing her wet hair in her bedroom when she heard the lock click--someone was in her house. She froze mid-stroke. She strained her ears and heard nothing at first, and then soft footsteps.

Her heart pounded, her body trembled with adrenaline. What were people supposed to do if a burglar broke in? Try to get out somehow? Hide and call the police? Sh-t. She had set her phone on the bathroom counter before her shower, and there it still sat, just waiting to be stolen.

The intruder wandered slowly down the hallway towards her bedroom. She glanced wildly around the room for places to hide. In the closet? Too obvious, and she would have to dash across the open doorway in plain sight to get in. Under the bed? Too much crap under there to fit. She silently cursed herself. She was in her late twenties for god's sake, she should be cleaning her bedroom like an adult, not shoving everything under the bed.

The footsteps drew nearer, and in a panic she gripped her towel tightly around her and ran quietly across the room to duck behind a wingback chair in the corner, still clutching the hairbrush in her hand. It wasn't the best spot, but a burglar likely wouldn't look behind a chair for valuables. She would wait patiently, let him take whatever he wanted, and call the police after he left, whether by her own phone or a neighbor's

. It was a good, solid plan. She would be safe.

The man stepped into the bedroom and turned off the lights, leaving them both in total darkness.

Odd, she thought. Didn't he need to see what he was doing? She heard the door shut and the zipper of a duffel bag, and then several minutes of him shuffling around. Clinking, rustling, clicking, tapping. What in the world was he doing?

Finally he stopped, and for a moment there was total silence.

She blinked, startled. That deep voice was familiar.

Something deep inside her told her to stay hidden, but he was just her neighbor, a kind and friendly man with an easy smile. He had helped pull her car out of the ditch last summer when she swerved too hard from a deer. He helped her install a backup generator after the ice storm a couple months ago took out her power for days. And just a few days ago he had stopped by and offered to mow her yard since he was already planning on doing his own that day.