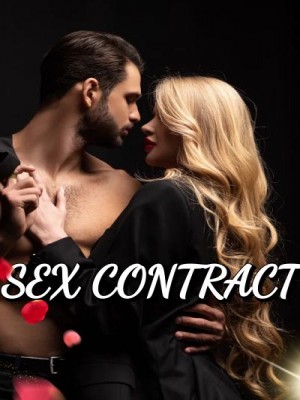 My father trades me for a wealthy guy. For our marriage to work, we had to have enjoyable sex as stipulated in the contract. In order to save my mother, who is now in the hospital, I have no choice but to sign it. I remarked, "No one enjoys forced sex for money," and he agreed. "Coercion is something I will never do. But woman begs me for desire." I screamed in front of everyone as he jumped under the table and pierced me with his tongue and fingers. "A jeck, that's all you are." "It's not over yet!" He chuckled. "When we go to the vehicle,"  "Now let's fuck in the backseat,"

Even as I ran out the door with clay still clinging to my hands, I screamed in terror.

I yanked the door open in frustration. “What?” My steps came to a halt. My mouth hung open in shock.

Nelson Green, both my biological and legal father, was waiting .

He took a beating. I should have shot him in the head instead of trying to talk him out of it. Instead of opening fire on him as he pounded on my door, I calmly searched for my cell phone. I found it on top of a stack of books that had been overdue for a long time.

My father immediately began banging on the door with his fists. “Joyce? Joyce!\"

Stop yelling and stop talking! When the phone rang, I yelled.

Because of the phone\'s value, I was unable to throw it at the wall.

\"Joyce, I\'d like to meet with you.\" The thin wood separating us meant that I could barely make out my father\'s voice.

\"Leave!\" After I yelled, I returned to my carvings... My workspace and the materials I\'d gathered were quickly rearranged in a flurry. I was trying to forget about my jerk of a father standing outside my door. That was more than a decade ago now that I had last seen him. The few times I saw him as a child, he was a distant figure in my life. He once thought I was the housekeeper\'s granddaughter. It was just as fulfilling for him to take on the role of a father.

My jaw clenched tighter. \"Go! This isn\'t something I want to discuss!

Isn\'t she doing well? Just a few days ago, we spoke. Despite her age, she appeared to be in good physical condition.

I should not have opened the door and allowed myself to be accosted. I should have known better. Setting boundaries with my family was an important piece of advice that I could not ignore.

I exhaled deeply before pushing the door open. In the middle of his pounding, my father took a breather.

This is a good place to have a discussion,

To my horror, he screamed .

I was shocked. The last time my father had shed a tear was when I was a child.

My nerves were frayed as I stood in the doorway, unsure of what to do. He was a scumbag, in my opinion. After all, he wasn\'t all that enticing. His unkempt hair and wrinkled suit made him appear disheveled. It shocked me how much he\'d slimmed down, he looked ridiculous in that dress. He was a big, grizzled ex-college star athlete by the name of Nelson Green. I\'d never seen anything like his bony frame before.

Consequently, my response was \"fine.\"

\'Okay,\' I said as we took our seats at long tables in a cramped dining room.

As a result, I wasn\'t engrossed in his drink as much as he was. As soon as I saw his order, I knew something was wrong.

As to my dad, he always went for the most expensive option available.According to him,the cheap coffee cup in front of us surprised us both.

\"I need your help. Joyce.\" He screamed. \"You are the only one who can pull this off and save yourr mom. Joyce!\"

\"What?\" was the only response I could muster.

But I couldn\'t be sure if he had tears in his eyes or not.

He sobbed as he learned that she has cancer.

My mother called me two days ago. As soon as my father flew in to tell me that she was ill, I was a little bewildered.

After seeing his hands covered in liver spots, wrinkled and papery, I was disgusted to see them.

He had to take a few deep breaths before he was able to accept the facts of the case.

I let out a sigh of suffocation.What? Unbelievable! My father had more money than Midas,the richest guy in this city.

It is reasonable to think that a company\'s assets and equity are sufficient to fund even the most absurd projects.

\"The company\'s days are over. As a result, I\'m in a tight spot financially.\"

I sat there in silence as I waited. The loud banter in the coffee shop was starting to irritate me.

He didn\'t even look at me as he lowered his hands. , \"How much are you being held responsible for??\" No matter how hard I tried, there was no way I could ever make up for the money he wasted.

I deduced that he was going to give me a headshake at the most.

\" There is nothing wrong with going bankrupt. Unfortunately, I lack the resources to remedy the situation.  Your mother should have started chemotherapy last week. Insurance cancellation and on-time payment of bills were both necessities to treat her.\"

Seriously, I\'m floored by the sheer naivete of these people.

\"So your pride prevents you from saving your mom?\"

I was enraged as I stared at him. I was fine with him ruining his life, but dragging my mother down with him, never.

\"I have got a moneylender who is willing to invest on me on the basis of one premise.\"

He found a lengthy contract in his briefcase. When he saw my eyes on him, he put it between us.

I couldn\'t stop laughing. OMG! OMG. I assumed you were taking things seriously because you\'re so lacking in wit.

Several of his colleagues were in the office. I\'d love to wed a wealthy businessman if the opportunity arose, but I\'d rather break my kneecaps with a ball peen hammer than do so.