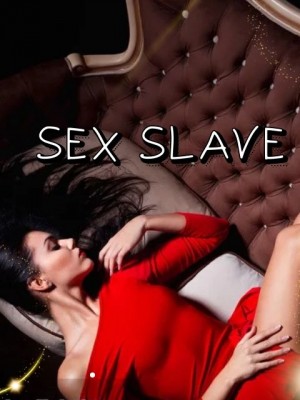 I work at an orphanage, on my way home, I was robbed by an old woman and became a sex slave of two men, they tortured me, tutored me, and made me come one after another(18+)

Martha was a pleasant young lady. A little bit prissy, extremely respectable, and pleasingly fat, as her fiance Evan reassured her, she was also a little bit chubby. Martha had never attended college, so at the age of 18, she continued to live at home with her parents while she waited to be married to Evan, a person she had known since childhood. They went to the same church, and the idea that she would prefer someone else to him had never crossed her mind. Her parents informed her that it was God\'s plan that she marry Evan, have children, and take her position in the world by his side. This did not imply that she genuinely desired Evan in any way, shape, or form; but, she did consider that possibility. That satisfied her needs, so we can go on.

Martha was not someone who actively sought out new experiences, but she did possess a wild side. At any case, this is what her parents thought, and it was likely that they were correct, even if Martha hadn\'t yet realized this about herself. But she helped people less fortunate than herself by doing volunteer work as her father put it. She worked at an orphange. According to her father, this was very reckless conduct, but she overlooked it because she believed it was for a greater good.

On the Wednesday of the fall semester, she arrived late to work since many other employees were absent due to illness. It was already dark when she finally emerged from the house at 8:00. As the wind slashed the air at her bus stop, Martha wrapped her thick coat around herself even more tightly so that she could stay warm. Due to the fact that it was somewhat later than she was used to being out, she was by herself and unsure of when the bus would arrive. When she got home, her mother would make her a nice cup of cocoa, and then she would read her book, say her prayers, and then go to sleep. Soon, she would be there. Martha appreciated order, thus the fact that her life was so routine and uninteresting was perfect for her. Everything was going to go in a new direction.

When Martha glanced up, she noticed a lady who seemed untidy, was too tiny, and had something about her eyes that didn\'t seem quite right. Martha was mentally shaking her head in disgust as she disapprovedly thinking of drugs. However, she was a respectful young lady, as seen by the fact that she smiled and politely acknowledged the young lady.

\"My baby.\" The lady indicated with her finger a little automobile that was parked on the other side of the road. She did not provide any details.

\"My baby. She is unable to free herself from the car seat. I am unable to open it. She is sobbing uncontrollably right now. Would you give it a shot?\"

What a strange request to make! The mother did not seem to be in nearly as much distress as Martha would have been had it been her own kid who was held captive. It has had to be the pills! And that poor infant was trapped! Martha\'s naturally helpful personality overcame any reservations she may have had, and she ran over with the other lady to assist the infant.

After they had arrived to the vehicle, the lady opened the trunk door. Martha strained to listen more closely, anticipating the sound of a wailing baby. She was startled when she felt someone force her into the rear seat of the automobile before her eyes had acclimated to the dim lighting inside the vehicle. When the door slammed shut behind her, she stumbled forward and let out a terrified shriek. The front window was pushed down, revealing a hand reaching out with an envelope. The alleged mother grabbed the letter before vanishing into the shadow of October.

After Martha let out a scream, someone immediately covered her lips with their palm, which muffled the sound. The motor of the vehicle started, and the vehicle, which had Martha locked inside, began to drive away. She was shaking with fear. The person holding her tightened their grip on her as she struggled to get free, and then someone struck her in the back of the head with something heavy after she had been struggling to break away. Martha collapsed into his arms, mute and motionless as she did so.

When Martha regained consciousness, she was inside of a room. It was completely black, with the exception of a sliver of light that could be seen under what seemed to be the door. Her first conscious thought was of the dull ache that she was experiencing in the back of her head, which was the location where she had been struck. When she finally opened her eyes, she saw that she was positioned correctly on a chair and awake. As soon as she regained consciousness, she knew immediately that someone had taken her hostage, and her heart started to pound frantically against her ribs. Kidnapped! Who might possibly want to abduct her, and why would they want to do that? Martha suddenly became aware that her hands were restrained behind the chair as she attempted to lift one of them to brush her hair away from her face. The rope was binding her at the knee and the ankle, and her legs were tied to the legs of the chair so that she had no choice but to sit in a very unladylike posture. Her head was throbbing, and it took her a minute to fully comprehend the worst news of all! She was without clothing!

Martha\'s pink and plump skin was exposed to the world, or whomever had abducted her at the very least. The only thing covering her body was a crisscross of thick rope that encompassed her whole body. She was scared at the idea that someone may see her in such a vulnerable state, and she felt heat spreading over her face and seeping down her chest. Except for when she was in the shower, she never went barefoot in public. She never glanced in the mirror, and she made sure that Evan never had the chance to do so either. Not until marriage, she would tell him on the few times when his passion got the better of him and a chaste kiss threatened to go too far. Marriage was the one exception to the rule.

However, at this point she was exposed, with her high and tiny breasts on full display, her rose pink nipples protruding between the ropes that were brutally cutting into her flesh. Her sexuality was on display, and despite her best efforts, she was unable to pull her legs together. The sheer shame of being nude was so intense that it entirely overcame any dread of being abducted or murdered. This was because the embarrassment was so intense.