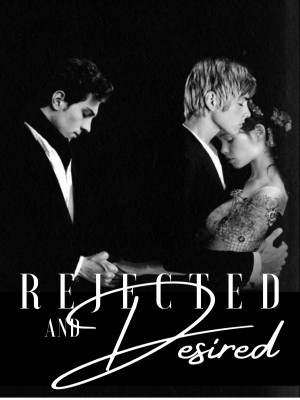 Running away from your home isn't easy. Running away from your home because your mate rejected you is disastrous. Feeling she is doomed for life is the only thing that India knew. After getting a humiliating rejection, she was all set to live a life as a lonely, sad, cat lady who sews cute little sweaters for her kittens. Well, she was, until he walked in. With captivating eyes and alpha asshole attitude towards everyone except her, he came in like a stormy wind, and then she was left with a whiplash and blank mind with thoughts filled with his memories. But as Daniel, her first mate changes his mind and wants her back at any cost, a war start to build up that she was not prepared for.

It's happened to me twice, Love at first sight.

To me, love at first sight is both a blessing and a curse. Especially since it happened to me twice. The first time it was Daniel, and the second time, Mason.

My mother named me India, but most people call me Indy. I didn't grow up thinking I'd be on a run with an obsessed ex alpha mate. My parents died two years ago. Their blood is in the rouges hands. I didn't have anyone left after that since I'm the only child. I could see that I was going to be a burden on the pack, but I didn't want that; so I started working part time at a bookstore and also managed going to the school to complete my education.

Daniel was the Alpha of the Dark Moon Pack. He was handsome. With his light brown eyes and dark brown hairs he could make any girl weak in the knees. His skin was fair with a slight tan. I loved him since childhood and on my seventeenth birthday, I found out he was my mate, my future, my destiny.

The shit is, he didn't feel the same.

"I don't want a mere ex-beta's daughter to be my mate. An alpha is supposed to marry a strong woman. A woman who can match my strength & status. The pack needs a strong Luna, like an alpha's daughter. And that's who I'm going to marry, an alpha's daughter. Until then, I am very satisfied with all the whores roaming around me. Though I wouldn't mind if you were one of them. I'm sure you'd be very good in bed, whore."

His words stung. I never expected that the night I found my mate, will be the night that I get rejected. What hurt me the most was how he said those words with a wicked smirk of ego on his face. I felt hurt and repulse by looking at him. He broke my heart, and trust.

Mason was the alpha of the Golden Moon Pack. The words that could describe him perfectly were- a work of art. He had whiskey colored eyes, and dark hair. He had fair white skin and he had the body to fawn over. Muscular and built. He was sculpted to perfection.

He turned out to be my other mate. The only difference is that this time, I won't give in. I'm not ready for another heart break. I haven't even dealt with my first one.

My first mate broke my heart. He left me in the dark, the coldness within eating me alive; but I don't want to get attached to my second mate in fear of getting rejected again.

The only problem is, he doesn't want to stay away from me. I try to keep him at least a foot away from me, but he wants to stay A Lot closer to me which means inside me and it scared me because I also want the same.