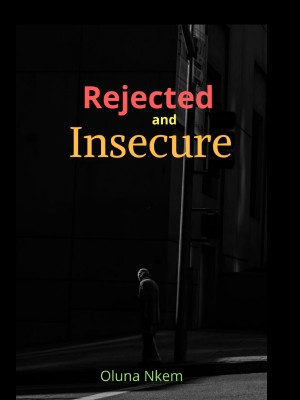 Christopher Benjamin Jackson is the last son of Daniel Jackson a rich and successful business man and a strict but loving single father of five sons. He has five brothers, with a big house and a multimillionaire father, you may think he must be really happy with everything on his feet, but no, he would gladly trade all he has just for one thing, the love of his brothers, who despise him right from the instance he left the hospital without their beloved mother. Christ will have to pass through lots of pain to merit their love, or will he ever obtain their love? Read to find out!

"Oof," Christy huff as she sat on the sofa.

"Are you alright?" Daniel pop his head from the mini bar, staring at his pregnant wife.

"Uh, yeah, the baby is getting heavier, do you think is a girl?" She rubbed her big stomach.

Daniel chuckled, "this is the trillionth time you're asking." He walk up to her on the sofa handing her a cup of milk.

"What? I have the right to ask, 'cause all our four kids are boys, maybe this one is a girl." She smile still staring at her tommy.

"Yeah, yeah, tell you what is a boy, and he has brown hair and blue like gray eyes." Daniel said.

"Uh-huh cause you can see through my stomach, I bet the baby looks exactly like me, is not fair all our sons looks like you!" She stare in his gray eyes with a pout.

"C'mon babe, is not my fault that my gene is more stronger than yours, maybe this time you have a little chance." He smirk, Christy rolled her eyes.

"Yeah? I'll like to see your face when the baby is just like me, I've already told my baby to look like me and lot of stuff about you."

"Wanna know? Why don't you ask our baby?"

"Sure!" Daniel lean close to his wife's belly and press his ear gently against her skin, "tell buddy what did mum say about? Huh? Oh I see, no way!" He regain his posture with a frown.

"What did you hear?"

"You really told him that? Aww that nice of you, you told him how lovely I am." He grinned.

"Did I?" She looked around innocently with a smile.

"You didn't? Ouch! I'm hurt." He held his chest faking a hurt expression, she rolled her eyes, suddenly wincing at the kick she received.

"Are you alright dear?" Daniel asked with worry clearly sounding in his voice.

"Yeah, this one punches more than all the rest, what a troublemaker we've got here?" Christy smile down at her tommy.

Daniel sigh while grinning, he kissed her on the cheek.

"I guess I just can't resist the urge, your eyes are begging for it, have I told you how I always get lost in the blue ocean of your precious eyes?"

Christy smiled, returning the compliment with a kiss. "I love you so much!"

"Seriously this baby is heavy! I hope he is not the huge type." She exclaimed wrapping her arms around her belly.

Daniel lean in to whisper to the child, "don't mind her bud she can be mean at times, please come out quickly, I wanna hold you."

Christy rolled her eyes with a sigh, "like he'll listen to you." She shook her head.

"Kids always listen to daddy," he grinned, standing up he made his way back to the mini bar.

"Ow!" Christ mumbled rubbing her stomach. "Please stop kicking." She felt another kick from the child with many others.

Daniel dropped the glass he was holding racing to his wife, "breath, honey, breath."

"The baby is coming! He did listen to you!" She yelled squeezing his hand.

"Okay calm down. Henry!" He called out nervously grabbing his key.

"Sir?" The Butler came running in.

"Take care of the boys! Call dad, do the necessaries-"

"God!!! Daniel! It hurts!" She screamed digging her nails in his arms.

"Here, lemme help you," he help her up and the made their way through the stairs to his car.

"I can't hold it anymore! I can't!" Christy screamed.

"Breath babe breath, please do that for me, we're almost there." Daniel said as he increased his speed.

Christy breath out so fast, till she loose it again, "it hurt so much! Argh!"

"What will be the name of our baby?" Daniel blurted out trying to distract her from the pain.

"I don't know!" She yelled squeezing her eyes shut.

"Try please, I know you can make it to the hospital! Please!"

"Christina if its a girl, Christopher if is a boy!" She blurted out.

"What have you budgeted for the baby?"

"I'll spoil him a lot, I'll cuddle and kiss him a lot, he'll be my angel! I'll cherish HIM! Ow!" She pants with sweats running down her body.

"Good honey, we're here!" Daniel carelessly packed his car, before hopping down and running to his wife at the back seat he managed to get her down, they were quickly attend to.

Daniel space in the hall while waiting for his wife to be out, that's what he's been doing for the pass one and half hours. He can't bring himself to seat, he's never done that before and he won't do it now, he is an experienced dad with the birth of four boys, but something wasn't right, she had never take long in a labour room.

Finally the door flips opened, the doctor walked out removing his mask, Daniel ran up to him all nervous.

"Congratulations Mr Jackson, the baby is a boy in good health, but.." The door trail off looking away.

"But what?" Daniel breathing hitch.

"Your wife, she had a huge complication, her womb was weary, she didn't have the strength after giving birth to four boys in good health, we tried all we could but she didn't make it."

The moments the words left the doctor's lips Daniel found himself shedding tears something he hasn't done for years, he was a strong man nothing could make him cry, but the news came like a hurricane breaking all his solid barrels taking away all his happiness, his heart aches and a burning sensation erupted on his head, he heard the doctor screamed trying to stop him, but he shove him right away and barge through the door, he ran to the bed his wife lay lifeless with a white sheet over her head, he yanked it down.

"Please Christy wake up! The boys are waiting for you! The baby is okay, please don't do this to me! I can't live without you, to hell all my wealth I love you!" He screamed burying his head on her chest tears streaming down his cheeks, she won't open her blue eyes for him to be lost in them, she won't smile! All he wanted was his wife! was it too much to ask?

He stayed with her still the nurses pulled him away.

"Here you can hold him," she lifted the sleeping child out of his crib.

He put his hands out, reach for the child softly. He didn't stop staring, she was right he was blond just like her, the baby started moving slowly, his tiny hands reaching to rub his eyes, he flip them open blinking tiredly. Daniel was once again lost in the blue ocean of the child's eyes, how he wish he could tell her she was right, a tear slip from his gray eye landing on the babies face who flinched, he didn't help the smile that erupted on his lips. The child was so innocent On like some fathers he knew the child had nothing to do with his wife's death, he lean his face against the child's and closed his eyes cuddling with the baby.

That day he check out of the hospital with the baby returning back home, the boys were all asleep, he lay the baby in a beautiful crib. Christy had decorated the room five months back, she was so impatient to see her fifth child she was always talking about him, she had the bright idea to choose the room close to theirs so each time the baby cries she'll be right there humming to him.

The child didn't seem comfortable his blue eyes shedded tears as he cried.

"Shush Christopher," Daniel said in hope to hush the child, but it was futile, then he recall the lullaby Christy would sing to hush the boys.

Sun goes down and we are here together, fireflies goes like a thousand charm, stay with me and you can dream for ever right here in my arms to night...

By the time he was done singing the baby was asleep, he couldn't help the tears that came flowing, he sank down on the foot of the crib, running a hand through his hairs.

"Daddy?" A soft voice came from the door way.

Daniel quickly snapped his head to the direction of the voice, and there stood his first son who just turn eight.

"I wanted to see mummy and the baby first, where is mummy? Why are you crying?" He asked gently hugging his stuff bear.

"Mum is in heaven, In a better place."

"Where? My teacher said if your parents say such that means the person is dead and they don't want us to know so we won't be hurt, is m-mummy dead?" His little lips quiver.

Daniel hesitated, the boy was so smart, "yeah mummy is gone, you'll never see her." He buried his face in his palms, sobbing quietly.

"I understand daddy, please don't cry," he hugged his father allowing his own tears to fall.

The boy stood along with his daddy that lifted him up allowing his little legs to wrap around his daddy's waist staring down at the baby.

"He looks like mummy," he said Daniel just nodded in response. "He didn't kill mummy, did he?"

"No! baby no." Daniel mumble not taking his eyes off, the sleeping child as he spoke.