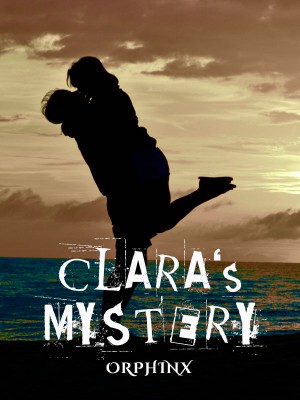 How can you fall in love when you don't even know who you are? At the age of ten, she was left at the orphanage without any recollection of who she was and where she came from. Twenty years later, Clara now the CEO of her own security company, SST, provides top-of-the-line security systems and technology that stamps out the competition. If only they could get the biggest shipping company in the country to upgrade their outdated system. But it seems that the CEO, Sebastian Colfer, will do everything to thwart their efforts. Or so it seems. Behind his icy demeanor, he has a hidden agenda, to woo the spirited CEO of SST. The mystery surrounding her appearance at the orphanage keeps her busy these days, and having somebody in her life is not part of her plan. -=- This book is purely fictional. Any similarities with people in real life are purely coincidental. -=- Sitting in the back seat of the car, Clara could feel the heat emanating from his body. His legs were spread out a little too wide, and they were rubbing against her outer thigh. She tried not to let it affect her, but his arm seemed to graze hers every time the car moved, and that unnerved her a little. They were sitting a little too close if you asked her. She tried to get away from him, as far as the space could allow, but her brother won't cooperate. He scolded her to stop squirming. She was just trying to find a comfortable position that would keep their body parts from touching. Sebastian was tormenting her and she's had enough, elbowing her brother she told him to switch places with her. ‘Are you scared of me?’ Sebastian whispered.

About
Table of Contents
Comments (24)

Clara Johnson was adding the last advanced RFID* sticker to the last post in the room. She finished the first three earlier and noticed someone was observing her every move. Max and Jeremy finished with this room a while ago. They changed all the cameras, replacing them with the new motion sensor, nocturnal, night vision security cameras with a wide range view. It was now her turn to add the finishing touches and wake up the security system.

She noticed him watching her from another desk. This man would either be the head of security or the President himself because people around her avoided him like the plague. She had not looked at him yet, so she had no face to associate him with. For now, she will call him ‘Peeping Tom.’

She didn’t want to give him the satisfaction of thinking that he was unnerving her. ‘It doesn’t matter,’ she thought, ‘I know what I’m doing, even with my eyes closed.’ This technology, developed in their own facility and the software, engineered right in their labs, could last for years and years as long as nobody tampers with it.

Max Johnson, one of her brothers, came to San Diego to pitch their product to the Security Department and the CEO. So she never met them personally, but Max said they seemed to be very professional and knew what they wanted. Having Navio International on their list of customers could help jumpstart their business.

Navio International was renowned all over the world. They could open all the doors to the other shipping companies in the country. And hopefully to the larger companies that had been ignoring them because they were small fry.

It surprised her when the project got approved. But of course, there was a condition, they were to install their technology only on the two floors with the most foot traffic. One was the main floor, which housed the lobby, the cafeteria, the patio/break/smoking area, and some pockets where people could be alone to think or contemplate. The other floor was the one that housed the planning and logistic departments. They were in charge of all the cargo shipments coming in and out of the country. It was the bread and butter of their operation. It’s not that the other departments weren’t as important, but these floors had the most visitors.

Their system, software, and hardware are all going to be under evaluation within the next six months before SST

can proceed with the installation on the other ten floors of this massive building. They needed one clean break to help win more future clients and ensure the stability of their company.

If they do not pass the six-month mark, together with the evaluation from Navio, then all the cameras and any hardware they’ve installed will need to be removed. They would have to eat the equipment and installation cost. It wasn’t an enormous price to pay, they could report it as an expense. But it would surely be tedious and time-consuming to uninstall all that hardware. SST would have to do its best to make sure Navio does not back out of this deal.

Clara was wearing her standard installation uniform, black skinny work pants, and a white button-down shirt. Nothing fancy or showy, but her pants usually highlighted her ass, which made most men think of it as an invitation to harass her.

Aside from “Peeping Tom,” she was getting annoyed by this “ogler” that is following her for the past 15 minutes. He keeps on inspecting her work, or her ass, whichever it is he fancies at the moment. She could feel the hair standing on her neck. ‘What is Peeping Tom doing, anyway? Why is he not telling his employee to buzz off? Is he just going to let this man get away with this?’ she was getting more incensed by the minute.

She pretends to stand up to stretch, to get a better look at her ogler. In case she needed to file a report later. She turns away, but he sees this as a signal. He smiles at her as he walks closer. On the other side of the room, “Peeping Tom” stands up.

‘Hey sweetheart, do you want to work with us? In our company, you won’t be doing all that hard work. Maybe a little bending over, but only after work,’ he winks at her and laughs.

She tries to ignore him. ‘He’s just another prick that thinks he can talk to women this way,’ she thought, ‘Just don’t come near me, and we will be okay. I just need to finish this room, and hopefully, we never see each other ever again.’

Everywhere around them, the women were giving him sneers and evil stares. They’ve been at the receiving end of his unwanted advances before, and it disgusted them he was showing his lewd behavior to a visitor. This did not escape Clara’s attention, but she knew why they couldn’t say anything. His staff consisted mostly of women, probably of his own choosing. As she looked around, she could see them giving her a sympathetic look.

He touches her hair and tries to tuck a loose strand behind her ear when he finds his arm twisted behind his back. ‘Agh… Agh… Agh… no need to be so rough, baby,’ he hollered.

‘You do not touch me, or any woman in this department ever again, or I will take out your fingers, and I bet you’d like to keep them? Am I right?’ she warned into his ear.

Clara was no pushover and made sure nobody would hurt her ever again. Trained in self-defense since high school, she was not afraid to unleash her might when necessary. The project may damn well go down the train if they find her at fault because of this.

“Peeping Tom”, had just put down his phone when she noticed him staring at her. Clara gives him the ‘What are you going to do about this?’ look. Issuing a challenge, but she didn’t have to wait long. A few minutes later, security arrived to tell the ogler to pack up his stuff. They lead him towards the elevator.

Later, she will learn that security escorted him to the Human Resource department. They let him go because of his inappropriate behavior against his staff, which had been a daily occurrence.

In this story, it is part of the security system installed by the company headed by Clara, which will have a more thorough explanation in the next chapter.