Home/ My Runaway Sweetheart Ongoing
"Where did you hide my babies?" My husband caught my fake death trick. 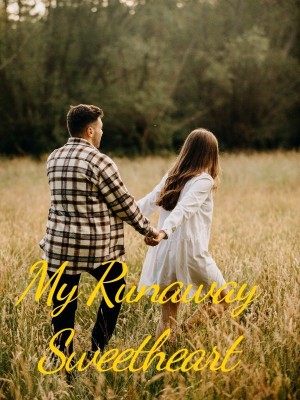 Song Runuan had been pregnant for nine months. But she only saw her husband, Lu Xizheng once on their wedding night. When he finally came back one day, she was overjoyed. To her surprise, he was not alone. By his side, there was a beautiful woman, whom he claimed to be his true love. He also blamed Song Runuan's baby for not being worthy of him. Song Runuan couldn't stand it and miscarried. She was sent to the hospital immediately, yet both her and the babies in the belly were in great danger... In front of the gravestone, Lu Xizheng regretted for what he had done. However, it was too late. Or, was it？

"I heard that the young master will go back tonight!"

"The Young Madam is about to give birth. He must have had enough fun outside!"

Song Runuan, who had been pregnant for nine months, was watering flowers when she suddenly heard the servants' chattering. She was overjoyed.

"Is he finally willing to come back?"

Was it because he was worried about the child in her belly?

There was a burst of joy in her heart. She couldn't wait to see the child's father, Lu Xizheng.

She only saw him once on their wedding night. After the crazy night, he left and never went back again.

"I'm sorry, baby. I can't make your Dad fall in love with me, but it doesn't matter. You are his blood. As long as he loves you and cares about you, I'm very satisfied."

Tears flickered in the corners of Song Runuan's eyes. A faint blush appeared on her smooth, jade-like cheeks. She was very happy.

Sure enough, the young master of the Lu family, who had disappeared for nearly a year since that night, came back.

Her smile froze just when she walked down to the second floor and looked down.

Because in the living room below, in addition to the man she missed day and night, there was another woman standing next to him intimately.

Lu Laozi also heard the news and rushed over. He was so angry that he shouted, "Lu Xizheng, you b*stard! I asked you to come back to accompany your wife when she gives birth. Why did you bring another woman back? Do you want to piss me off to death?!"

"I'm just here to remind you that I don't approve of this marriage and that woman. The woman I want to marry is the woman next to me, Su Yuan!"

Lu Xizheng wore a shirt and a pair of trousers. He was slender and tall, and his cold and handsome face was attractive. He stared at his father in front of him, emitting a cold aura.

"You unfilial son! Do you know that Song Runuan is about to give birth? How dare you say such a thing!"

"Are you blaming me now? If you hadn't drugged me, would that woman be pregnant? Let me tell you, the child in her belly is not worthy of being my child!" Lu Xizheng sneered.

After that, the whole living room turned quiet.

Song Runuan, who was standing upstairs, felt as if her head was about to explode, and her heart was torn painfully. Her vision began to blur, yet she managed to maintain her consciousness since she didn't want to let him go so easily.

Her husband actually said... that the child in her belly didn't deserve him!!

Her body began to get weak, and there was a warm current in her lower body, accompanied by a stinging pain.

"Young Madam, what's wrong with you?"

For a moment, the Lu family fell into panic and nervousness.

The father and son, who were arguing in the living room downstairs, also raised their heads in unison and saw Song Runuan with a big belly. Blood flowed from her legs and spread to the floor.

"Lu Xizheng, it turns out... it turns out that the child in my belly means nothing to you compared with your so-called sacred love. You don't care about your own child, do you?"

With the last of her strength, Song Runuan said those words as she stared at the man, her eyes red and sore. Her tone was full of resentment.

She didn't expect that this would be the first sentence she said to Lu Xizheng after getting married!

Lu Xizheng was in a trance for a moment. Before he could say anything, the woman at the stairs had already fainted and fell to the ground, blood flowing everywhere!

In less than half an hour, Song Runuan, who was showing signs of having a miscarriage, was quickly sent to the hospital.

"Lu Xizheng, don't blame yourself. Her miscarriage is completely her own fault. Besides, you two were arranged to be married, and there is no affection at all. That woman deliberately said that to make you guilty, dear..."

In the quiet living room, Su Yuan persuaded him self-righteously.

However, what she didn't expect was that this man, who had never said a harsh word and thrown a tantrum at her, suddenly shouted!

"Shut up! You don't have the right to interrupt the Lu family's business!"

His gaze became terrifying in an instant. Su Yuan immediately felt that she had said something wrong and did not dare to say anything else. However, the hatred she felt for Song Runuan grew day by day.

You'd better die in the delivery room together with the baby in your belly...

Three hours of rescue. In the hospital.

"I'm sorry, Mr. Lu. The mother has lost a lot of blood, and we failed to save her. We tried our best to save the three babies but we can only keep one."

The nurse put the baby they rescued into the incubator. Because of the early delivery of the baby, the baby looked thin. Lu Laozi, who was waiting anxiously outside, received the news of his daughter-in-law's death like a bolt from the blue.

During the pregnancy examination, the doctor said that she and the children were very healthy. Now, only one baby was saved?!

Lu Laozi's heart couldn't bear such a serious blow. He couldn't catch his breath, covered his chest, and fell to the ground...

"Master! Master!!" The surrounding servants were in a mess.

When Lu Xizheng heard the news, he was driving alone to the company.

The assistant called him and he learned about Song Runuan's and the children's death through the headset. In an instant, his hand holding the steering wheel tightened.

"Yes, it's said that it was because of Madam's early delivery. She couldn't stop bleeding. However, one of the three children survived. It is a boy who had been taken away by the old master's men."

The assistant reported the matter in detail. Because he knew Lu Xizheng's style of doing things, he took a photo of the woman and the two babies covered with a white cloth.

The moment he saw the photo, Lu Xizheng's eyes were full of disbelief and anger!

"Creak—" He suddenly stepped on the brake, and the wheels rubbed against the ground, making a sharp sound that pierced the night.

He was left at a complete loss.