Home/ The Curse Of The Witch Ongoing 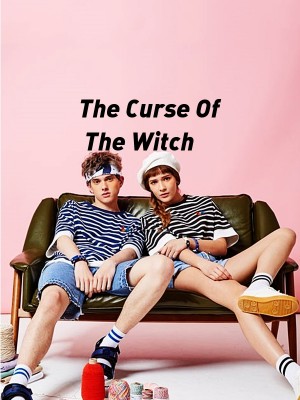 The Curse Of The Witch

When I was a child, I knew that my older brother was different. Its language is also not appropriate in modern times. He seems to be rhyming every time he speaks. It's nice to hear that the poet is very good at speakin.. My older brother treated me differently, he always favored me in everything. My older brother is so tender, what I wish they couldn’t give mama and papa, he does it that way. We're just two siblings so maybe that's how he took care of me.

This is a work of fiction. Any names, characters, stories are fictitious.

When I was a child, I knew that my older brother was different. Its language is also not appropriate in modern times. He seems to be rhyming every time he speaks. It's nice to hear that the poet is very good at speaking.

My older brother treated me differently, he always favored me in everything. My older brother is so tender, what I wish they couldn’t give mama and papa, he does it that way. We're just two siblings so maybe that's how he took care of me.

I still remember when I was only ten years old. I will never forget her protection when I was bullied at school. I could clearly see in his eyes the bite of the children who bullied me. Why do they seem to be hurting his princess.

I was in Grade 4 that day and my older brother was in First year high school. Every afternoon he would pick me up at my school. It's just close to his School so I don't have to wait long. Because we always go home before him. I often just waited outside the school until he came.

When I was in high school he still wouldn't stop picking me up. At the first entrance, it was okay for him to pick me up. But now that I'm getting used to school and I'm starting to have a crush, it's embarrassing that he's going to pick me up.

Until my second year, my older brother was still doing the same thing. He was already in college on the course, I.T. I often tease him whenever I catch up with him outside our school. Should I leave it to my older brother, as if no one is flirting. He was a handsome man, tall, and above all smart. So he was often my tutor at home. Sometimes my classmates ask me questions. "Is your brother gay?" Because they said they didn't see anyone with this woman except me. All I can say is that my brother is not gay. He just doesn't really think about being a girl friend.

The older brother is not the galaero type of man. He's the kind of guy who just watches TV and studies. It’s not like I’m always away from home on weekends. Because I often hang out with Ana, my bestfriend who crushes on my older brother. Sometimes he wanted us to just hang out at home, so that he could always see my brother's beauty. But what I said I don’t want at home, too boring. And one more thing, there is no signal to us.

Dad often scolded me because I was always away from us. Mama, on the other hand, scolded me. I'm a woman, I'm very naughty. Only my older brother is with me whenever I feel bad for mama and papa. When I cried and was full of resentment, my older brother always eased my heart. I am very lucky with my brother.

My older brother and I promised that no matter what happened, we would finish school. Mama and papa and I will help first, before we get married. That's why even though I'm in my 4th year of high school, he's still there, to pick me up. I often get angry with him, because of his predictions of me.

"What's up brother? I remember, you're still following me!" I scolded him when we got home. It was a good thing then that papa and mama were not there.

"I don't see anything wrong with that? And one more thing, I'm your older brother. Or else, you just don't want me to know that you already have a boyfriend?" he replied with further investigation. We also promised not to enter into relationships with others.

The truth of the matter is that he is the only one who doesn't want that. They are mama and papa, they don't mind when it comes to those things. They even said that it was only natural for their beautiful child to be their boyfriend. But don't take it too seriously. Learning is still the priority.

Only the older brother was angry when it came to that conversation. It even hit my gay classmate once. He thought it was my boyfriend. Because he likes to hug and hold hands with me, so my older brother thought so. "What are you brother? That's gay, can't you see his eyelashes? Don't you notice how he moves you!" I shout at him. I also ignored my older brother for almost a few weeks. It’s always apologetic, but I ignore it.

I just noticed him when it was my birthday. He gave me my most anticipated Cell Phone. He said he kept it for a long time. Every week, it goes to our aunt's restaurant. I hugged my older brother with joy.

"I'm glad to see you happy my princess, Jossiephine," she said once kissing my mouth. I don't know what my reaction might be then. Fortunately, we were the only two in the room. I got dressed, and I didn't think he would follow me to give me his gift.

Those kisses of my brother I could not resist. We are brothers but why is he doing this to me? It's embarrassing to admit but I seem to like what my older brother is doing. Something was building up in my heart and I was saying to reciprocate those kisses.