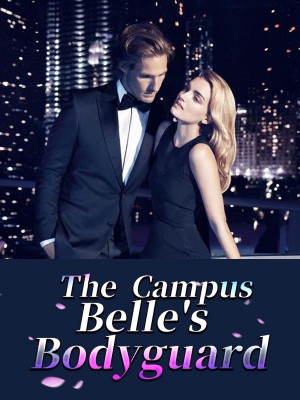 Fan Tian, who wanted to live a peaceful life, became the bodyguard of the campus belle Tang Guo! He thought that he was so handsome that he had no friends and he was so handsome that no one would care about him. However, he was called an uncle by a beautiful young woman and was bullied by all kinds of second generations... Heaven showed an evil smile and said, "Come on, little fresh meat! Let uncle teach you to be a polite student!"

In an old apartment, there was a rotten smell in the corridor. In Room 201 there was a young man lying on the bed and taking a nap. The sound of knocking on the door did not disturb his dream.

Fan Tian, twenty-three years old, came to Luo City for two months. Except for eating, drinking and sleeping in his apartment, he occasionally went out for a walk.

He had no relatives or relatives in Luo City and lived alone, which made him feel like a flying bird in the sky. He lived alone in a corner, free of restraint, desire, and desire. In the eyes of others, he lived like a pig, but he thought this was the highest state of life.

The knocking on the door was getting louder and louder. Heaven's small snoring was very rhythmic and there was no sign of waking up.

"Don't fucking knock on it. If the boy doesn't sleep until he's hungry, he won't wake up even if an earthquake happens."

The neighbor let out an impatient roar, and the knocking stopped abruptly. Peace returned to the corridor once more.

Fan Tianlan turned around and rubbed his eyes in a daze. He seemed to hear someone knocking on the door. He listened carefully and did not hear anything for a long while. He closed his eyes again and continued to sleep with the pillow in his arms.

Fan Tian sat up, rubbed his sleepy eyes, and looked at the uninvited man who broke into the house. The two black men looked at the old man directly. They were thin and weak, with bright eyes and grey clothes. They were simple and simple. They were wearing a pair of cloth shoes and white socks. The old man was clean and neat. The seemingly ordinary old man had a calm and domineering air.

A black man picked up a chair and carefully put it behind the old man. The old man sat down slowly, with deep eyes, looking at the freshly awakened Fan Tian. He was wearing a black vest, blue underpants, and slippers bare feet. His stern and thin cheeks were like being cut by a knife. His eyes were sleepy and his head was unkempt. He was much more disdainful than ordinary people. The old man did not look down on the young man in front of him at all.

Fan Tian sniffed and yawned. Then he got up and picked up a can bottle on the table, where the tea was still warm. He gulped down a cup of tea, put down the cup, turned around and sat cross-legged on the bed. He picked up the Musa Fans on the cool mat and fanned them while looking at the old man, asking, "Tell me! What's wrong with you guys breaking into my house?"

"You don't seem surprised by our sudden arrival?" Fan Tian's calmness and calmness satisfied him very much. He looked at Fan Tian calmly and nodded.

"The only one who can find me in such a short time is my old man. I'm afraid there is no other person in the world." Fan Tian sighed, stretched himself and said, "It seems that my good days have come to an end, but I'm satisfied."

Fan Tian was very annoyed by Tang He's words, so he rushed to say, "Get to the point!"

"All right! My granddaughter Tang Guo was kidnapped and was forced to do so. I called Elder Fan. He said that you could save Tang Guo, so please help me to save Tang Guo." Tang He looked sincere. Although the old man was very calm, he was anxious inside. Tang Guo was his only family member and the legal successor of Tang Group.

"How much did my old man charge you?" Fan Tian frowned and asked.

"Mr. Fan didn't charge me a penny. He said as for how much you want, it's up to you." Tang He's eyes lit up when he heard Heaven bring up the reward. He let go of his worries all the way and hurriedly said, "If Mr. Heaven can successfully save Tang Guo, I'm willing to transfer 5% of the shares of Tang's Group to you as a reward."

A figure flashed by with a gust of wind. Fan Tian had already rushed into the bathroom, and soon there was a sound of water coming from inside.

The two black bodyguards behind him looked at each other. They couldn't believe that the boss was so wise. Why did he find such an ordinary person to save Tang Guo? Was he old and confused?

Three minutes later, the bathroom door opened. Fan Tian changed into a set of neat and neat clothes with a suitcase in his hand. Although his clothes were very ordinary, the young man looked very handsome. He was totally different from the sloppy man he used to be.

Looking at Tang He sitting on the stool, Fan Tian frowned and asked, "Aren't you in a hurry to save your granddaughter?"

Tang He was stunned. He hurriedly got up and said, "Let's go now." After that, he quickly walked out of the door. Two black bodyguards hurried to help the old man out.

Sitting in the Rolls-Royce, Fan Tian opened the suitcase and took out a phone number with a metal shell. After turning it on, he asked, "Give me your granddaughter's information."

Heaven opened a website and quickly typed in the information of Tang Guo. Soon, all of Tang Guo's information appeared on the phone screen. Looking at the delicate photos on the screen, she had a kind of implicit classical beauty. When she thought that Tang Guo and Tang He were living together, she would definitely become a real sister Lin.

"Let's go to the place where Tang fruit is. I need something." Fan Tian started to do something, his attitude was very serious, and he spoke without any emotion.

The Rolls-Royce Phantom quickly moved toward Tang Guo's residence. During this period, Fan Tian learned about Tang Guo's abduction. After school last night, Tang Guo was kidnapped at the gate of Luo City. The criminal moved so fast that no witness was found.

It was not until this morning that Tang He received a phone call from the robbers. The robbers claimed that within twelve hours, they would let Tang He hand over all the shares of Tang's Group and sign the transfer documents. Then they would wait for their call. If they dared to call the police, they would kill them immediately.

After going through the old Jianghu experience, Tang He directly told the robbers that they could transfer the shares. If they dared to hurt Tang Guo, they could not get a penny. They had to video chat with Tang Guo before handing over the equity agreement to ensure that Tang Guo was safe. Then he handed it over. Otherwise, they would immediately tear it up and the robbers readily agreed to Tang He's request.

Fan Tian touched his chin and rolled his black eyes with an evil smile on his face. This was a commercial conspiracy!

The car drove into a European-style building in a villa. Fan Tian was not in the mood to enjoy the scenery, so he followed Tang He into the villa.

"Take me to Tang Guo's room!" Fan Tian said in an unquestionable voice.

Tang He looked at the woman standing beside him in panic and said, "Mother Chen, take Mr. Heaven to Guoguo's boudoir." Although Tang He did not know Heaven's intention, he still agreed.

Fan Tian followed Mother Chen up to the second floor. Mother Chen stood in front of a light pink door and said, "This is Miss Chen's room."

Heaven pushed the door open and a fragrant breeze blew in. He took a deep breath and walked into the room. The warm room was decorated very warmly and there were all kinds of dolls on the bed. He touched his chin and smiled. It seemed that this Tang fruit lacked a sense of security.

Then, he saw that Heaven was running around in his room. Two minutes later, Heaven was panting out of exhaustion. He looked at Mother Chen and said, "Can you not clean up so cleanly, okay?"

"Mr. Heaven, what the hell are you looking for?" Mother Chen was confused and asked with a frown.

Fan Tian took a deep breath and said seriously with a bitter expression, "I only need a hair of Tang Guo. Just one, please!" Thinking of 5% of the shares of Tang Group, he was about to kneel down to Mother Chen.

Chen Kexin's mother narrowed her eyes and frowned. She was lost in thought. Soon her eyes brightened. She quickly ran into the bathroom on the second floor and soon came out. She blushed and handed a hair to Fan Tian. She said shyly, "Is this okay?"