Home/ ONE AND ONLY: A second chance romance story Completed
I took my cheating ex-husband's money to buy a luxurious car for my boyfriend! 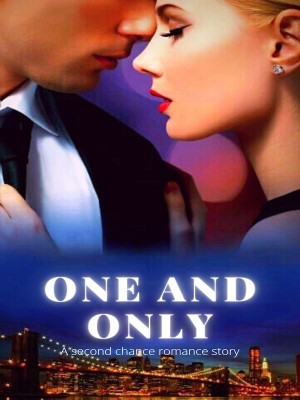 ONE AND ONLY: A second chance romance story

Elissa and Carson are happily married until one day she finds him intimate with a woman who she thought was a 'friend'. The pregnancy report from her hand slips to the floor along with her heart that shatters into pieces. The day turns out to be the worst day of her life. Not only did Carson accused her of cheating, announced sudden divorce but also told her to abort the child on his mother's orders. Cradling her broken heart, Elissa somehow manages to escape from the hospital and leaves A city with her brother. Three years later, when she returns back due to work with her boss, she encounters with her past again. Seeing her ex husband with the woman he cheated on her, Elissa's heart aches. However, Elissa isn't the naive, weak woman she once used to be. If someone strikes, she will strike back. With enemies lurking around in plans of destroying her, how will Elissa manage to save herself and her daughter? Moreover, will she forgive Carson for his actions?

About
Table of Contents
Comments (26)

“Mrs. Waverly, you are pregnant!” the female doctor announced the news with a smile. Sitting opposite to her, like any other woman, Elissa was shocked, surprised, and out of the world. She couldn’t believe that she was pregnant although she did have this thought when her period didn’t arrive this month and the frequent vomiting for a few days.

“You are two months pregnant” Dr. Skyler further added, checking the report in her hand. She brought her fingers to her rosy cheeks and calm her beating heart. It felt like everything she ever desired was happening.

“I-I am pregnant” she articulated. A wide smile spread across her face as she looked at the doctor.

“Congratulations! I will write a few supplements which you need to take. Morning sickness, nausea, and moodiness are normal symptoms of early pregnancy. Take it twice a day.” Dr. Skyler wrote the names of drugs on the notepad hurriedly and tearing the paper from the book, she handed it to Elissa.

“Thank you, Doctor.” Elissa took the report kept inside a file and thanked the doctor one last time, she left her cabin. Elissa felt giddy from inside and she was desperate to tell this news to her husband, Carson. He would be so happy to hear the news!

But Elissa decided to surprise him once she went home. She would bring his favorite NY cheesecake along to double the joy.

She then walked up to the chemist department located on the ground floor for the medicines. Once she had taken the drugs required, she left the hospital and went to the bakery to buy cheesecake.

Elissa reached the Waverly Residency and got out of the car which stopped in front of the house. Taking the packages in her hand, she strode inside and was making her way towards the stairway when her mother-in-law called her. Elissa paused in her tracks. Her smile faltered a little but she gave her mother-in-law a cheery smile. But as always, Hera wasn’t pleased. In fact, she despised Elissa.

With a sour face, her eyes averted to the things Elissa was carrying in her hand. “What is that?” she asked in her high-pitched tone. Elissa was about to tell the news of pregnancy but stopped herself. She thought it would be better if she told her husband first and then Hera.

“It's cheesecake. I brought it for Carson” she half lied. Hera scoffed and crossed her arms before her chest.

“From whose money have you bought that?” she taunted. Elissa lowered her head and looked down at the shiny marble floor while biting her lip. She had heard this often. Since the day she married Carson, she had heard a whole lot of awful things from Hera. She knew Hera didn’t like her because she wasn’t the one she chose for her son. Another reason was that she came from a poor background with no status and reputation.

“What? Why don’t you answer me now?” Hera scorned, satisfied to see her at submission.

“I’ll go check on Carson,” Elissa said and turned on her heels to head for the stairs but Hera stopped her again. Elissa was a bit confused why her mother-in-law, who never spent a minute with her actively wanted her to stay?

“I am not finished yet. You are being disrespectful to me!” Hera made up an excuse to make her wait for a while more. She kept on looking upstairs, towards the room that Elissa and Carson shared.

“I am not being disrespectful, mother. The cheesecake would get messy if not taken out” she said with a small smile. “And there is an important news I want to tell Carson.”

Hera cocked her eyebrow at her with a question. She wondered what important news must it be? But she didn’t ask her that.

Elissa was desperate to meet Carson. She was barely keeping up about telling him the news. “Excuse me.” This time, Hera didn’t stop her, and Elissa was relieved about that.

Quickly, she reached upstairs and made her way to their room. With each step she took, her smile widened and her heart rate fastened. She stopped in front of the room’s door and stretched her hand forward to push the door inside.

“Car-” Elissa froze on her spot. The scene in front of her made her lose her footing. She couldn’t believe her eyes, she really couldn’t. she blinked, not once, not twice but numerous times thinking that the ugly scene in front of her eyes would vanish, like a nightmare. However, it was all real.

Carson was lying on the bed along with a woman beside her naked. They both were lying intimately with their arms over each other. Hearing Elissa’s short voice, he opened his eyes and he got up with a sigh. The woman shifted beside him and when her face came into view Elissa felt her knees weak. Carson was half-naked when he removed the duvet over him.

Elissa realized she wasn’t breathing when she felt her chest constrict. Her chin trembled and the packages dropped from her hold and splattered onto the ground. She stumbled backward and was about to fall when she grabbed the edge of the cabinet beside her.

Carson showed no emotions of guilt or surprise- neither what Elissa was expecting. He very calmly stood beside the bed and stared at Elissa with coldness- something Elissa never saw. The woman covered her upper body with the duvet, draping herself while keeping her face lowered as if she was the victim in this situation. She pretended to be innocent and glanced at Elissa with her round eyes and then at Carson who had his eyes on Elissa hooded.

Elissa gulped hardly and took steps toward him. Carson stood unfazed as if what deed he did was nothing he was ashamed of. With her trembling hands, Elissa breathed, “H-how could you?”

The room was silent, only Elissa’s cracking voice was heard. “How could you do this to me, Carson?” she couldn’t yell as her emotions felt like choking her.

Tears rolled down her cheeks and her chest tightened to the utmost. Carson gave her a cold look and then his hazel eyes moved to the things that were lying on the ground. He narrowed his eyes at the file and brushed past her to pick the file. Elissa couldn’t digest what was happening.

At first, when Elissa noticed the change in behavior in Carson a few days ago, she thought maybe it was because of the stress of the company. How foolish of her to think that!

The woman slipped from the bed wearing Carson’s shirt that remained to her thighs, barely enough to cover her upper area.

Elissa glared at the woman whom she thought was a good friend. Amanda was the daughter of one of Hera’s friends and she started to visit the Waverly Residency a few months ago. It didn’t take her long to make friends with Elissa but it was only for evil means.

Carson came to Elissa with the report in her hand. “What is this about?” he asked, sounding impatient. Elissa stared at the report and bit her lip hard as the tears flowed vehemently. All the excitement and hope dissipated in thin air. She met Carson’s eyes and broke the news of her pregnancy.

“I am pregnant, Carson!” Carson’s eyes widened but his surprised expression soon turned into disgust as he remembered the truth. Elissa watched him clenching his jaws as if he wasn’t happy to hear the news and it pained her more and more.

At that moment, Hera entered, and just as she was expecting the scenario to be it was just that. She hid her smile and shared glances with Amanda.

“Carson, why did you cheat me with her!” Elissa demanded by grabbing his both arms with her weak ones. Carson removed her grip from his arm as if sickened by her touch. Her heart crumbled and was in the state of breaking completely.

“You ask about cheating, Eli? Then what about you?” he thundered. Elissa couldn’t reciprocate what he meant by that. Carson went on, “You are the one who cheated on me first!”

“What?” Elissa was traumatized by his allegations against her. This wasn’t Carson.

“What are you talking about? You are the one cheating on me and now you blame it on me?”

Carson went to his side of the nightstand and opened the first drawer. From there, he took out a few photographs and showed the first one to Elissa. “It is you, isn’t it?” he said through his gritted teeth, anger radiating from him.

The photograph of her and a strange man lying on the bed made her gasp. She snatched the photo from his hand and examined it closely. No! It wasn’t her but the picture had her face.

“This is not true! It isn’t me, Carson” she protested but she have already fallen into a big trap.