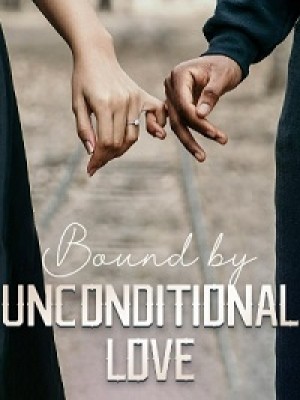 "I hate you, Major Rishabh Malhotra! I f**king hate you! You broke my trust, you broke me today. I will never forgive you.” Avani shouted and collapsed on the ground, crying with loud sobs. Avani, a 22-year-old Financial Analyst, is a kind-hearted girl. Dumped by her school sweetheart and long-term boyfriend, her world has changed. Rishabh Malhotra, a 25-year-old Army Major, wants to get his love back after returning from a deadly mission. He gets nothing but a broken shattered soul. And there is a crazily obsessed girl Amaya, who has one-sided love for Rishabh, waiting to separate Avani from Rishabh. What will happen when Rishabh tries to earn his love back while he has to fulfill his duty? What will happen when Avani finds out the truth while her broken heart is hard to fix? Will they ever be able to live happily together? Will two broken hearts join together again? Read to find out.

Avani sitting in her 2 Bedroom Hall Kitchen flat in Delhi. Nervousness and excitement crawled on her skin and her eyes were stuck to the door. She was waiting for Rishabh.

Rishabh was coming in 1 hour to her home. She was worried as his tone in last call was a bit serious and cold, not like the usual one but at the same time curiosity was killing her badly.

It's been 7 years and 8 months, they have been in a relationship, a Pretty long time, haan…?

Its been a year since she shifted to Delhi from Pune after her selection in MNC as Financial Analyst. Her shifting to Delhi helped her to meet Rishabh quite often and they felt close to each other. Another reason, Her best friend Smriti was working in the same MNC.

They were never like a normal couple, roaming together hand in hand, sending love texts or messages like other lovey Dovey couples. They met twice or thrice a year in the span of almost 8 years. But they were inseparable once they came in front of each other. The most important part they had in their relationship was ‘Trust’.

‘Is he planning to propose to me tonight? ‘ Avani thought. A spark went through her body and she shivered with a mere thought. Nervousness took over and palms started sweating profusely.

She took a quick shower, blow-dried her hair, and wore her red floral dress with her long hairs falling freely on her waist, waiting for him desperately.

Rishabh Malhotra, A Major in the Army and Commander of North Eastern Command Paramilitary force and, youngest Major rank Army personnel, a quite influential personality and very closely connected to the Government’s major operations conducted across borders.

This excellent man was her boyfriend, and maybe soon, would become her husband.

Avani was lost in her thoughts when suddenly a doorbell rang. Her heart skipped a beat hearing the doorbell.

She hurriedly ran towards the door and unlocked the doorknob. There He was, standing at the door!

Seeing him after 8 months, Avani couldn't control herself and she hugged him tightly at the entrance of her house.

“I missed you so much !” Avani said, still hugging him.

Rishabh did not hug her back, but her beautiful strawberry scent hit his nostril. He was addicted to her beautiful familiar scent. His palms were fisted tight, Jaw tickled and he closed his eyes.

Avani broke the hug and felt a little odd, as Rishabh did not hug her back. She was a little concerned, seeing him with a cold face and blank eyes where she always saw love for herself.

“Is everything okay?" she asked him.

He came inside casually, shoving his hands in his pockets and Avani closed the door behind him.

Rishabh turned to face her and said, “Avani …”

He paused and closed his eyes and said those painful words, “I came to tell you--We need to break up. We can’t be together.”

Avani’s eyes were wide in shock and she froze.

“Rishabh, it's not funny. You are scaring me.” Avani said with shock and scare, tears were burning in her eyes.

“I am not joking, I am pretty serious. I am sorry but there is another girl in my life and I got engaged to her yesterday.” He broke the news to her.

Avani couldn’t control her tears. She wiped her tears with the back of her palms and her eyes were welled up with fresh tears.

She said calmly, closing her eyes, “I am sorry, if I did or said anything wrong. Please... just don’t do this… I.... What will I say to my parents? I told them already about us…” She said with her pleading eyes.

“No... you didn’t say anything wrong to me. It's just that, I don’t love you anymore...” Rishabh paused for some moments and with a cold face, “It's better if you forget about me.”

He said looking at her with blank expressions, “I don’t love you anymore”

Rishabh’s words were echoing in her mind and anger boiled in her eyes and Avani took two big steps to face him close.

Rishabh felt a sharp pain on his right cheek. Avani went weak on her knees and sat on the ground with hands palming her face. A burning sensation was still on her hand but this pain was nothing in front of Pain what Rishabh’s words had given her.

She could not believe what he said, her whole world came crashing down to her feet.

“Why? ...Tell me Why? Is there something happened? Are you hiding something from me?” Avani asked between her loud sobs with hiccups.

Avani got up and shook him by his shoulders, “Tell me please….. please why ..what will I do without you? You can’t leave me like this…. It’s 7 long years for crying out loud and this is what I am getting for loving you like crazy…tell me one good valid reason why you are breaking up with me?” She shouted at him.

Rishabh looked at her, “This is over and just forget about me.” And he started walking towards the door.

“I hate you, Major Rishabh Malhotra, I f**king hate you …You broke my trust you broke me today. I will never forgive you.” She shouted and again collapsed on the ground crying with loud sobs.

Rishabh closed his eyes and a lone tear escaped from his eye.

Had received the message about their breakup, their friends Smriti and Vikram stormed inside Avani’s apartment front door.

Seeing how desperate Awani was, the moment Smriti came inside, she walked close to Rishabh and gave Rishabh a tight slap on his left cheek.

“I warned you if you break her fragile heart you have to deal with me!” Smriti said with her cold voice with rage in her eyes for Rishabh.

“Get out!” Smriti went to Avani and took her in her embrace and shouted at the two guys angrily. Rishabh left her apartment that instance.

Vikram followed Rishabh. Vikram and Rishabh went to the basement where Rishabh parked his Audi.

He covered his face with his hands and rubbed it to calm down. Avani’s pitiful face was coming in front of his eyes again and again. He leaned his back on the cars’ door and closed his eyes to control his pain.

“Are you okay, Rishabh? Do you really have to do this ?” Vikram asked Rishabh.

“I have to..you know it..” Rishabh said, firmly straightening his posture.

“First step is done! We need to be extra cautious now, as things are not going to be easy going forward. I need to report in an hour at the airbase.” Rishabh said to Vikram looking at his wristwatch.

Vikram hugged him in a brotherly manner.

“Promise me you will take care of her if I will not come back alive,” Rishabh asked Vikram in a pleading voice, his features got soft immediately.

Nor Rishabh nor Avani knew at that moment what Destiny had planned for them?

Rishabh Malhotra: A major of Eastern Command Paramilitary force, a

singer-dancer, and Senior Analyst in

the Finance department of MNC Delhi

Smriti Shah: A best friend from school and an Office colleague of Avani.

Military Personal along with Rishabh.