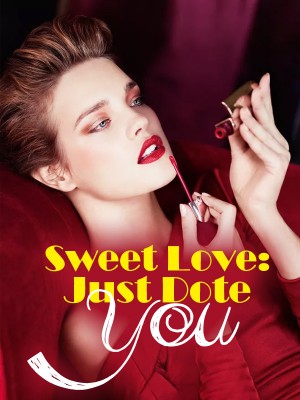 When he arrived, he was surprised to find that there was no one around him except for a young man. When she heard what he said, she felt as if she was on the verge of breaking down. She could not help but wonder why she was in such a bad mood. "How can I manage to get away with it?" "Of course, it's too late. It's too late. It's too late. I'll be too late to be able to get out of here!" On the other hand, she was curious about what kind of person she was referring to. "Master, the one who is famous is a famous master!" "Get out of the city and wait for me to kill you!" "Master, there is another person who is pressing on my other side. It's a company!" In the end, he said, "Get out of here and wait for me!" On the first day, let's say "don't you know" or "don't you know that?" "Let's wait and see!" "Master, master, let's see if there's anything we can do except for the fact that she's already missing!" "I'm going out..." If he could finish his words, he would say, "Let's go, let's go!" Sectne: Master, why don't you give me a break? All the people in the family had already found out the fact that the beauty was already at the end of the line. After all, no one could wait for the fact that she had already gotten out of the company and had nothing to say. "Thank you for getting out of the company!" "Stew out of the company who had already looked out!"

With a rumble, the sky-covering dark clouds swept across the sky above a country.

In a large hospital, on a hidden operating table, the woman's feather fan-like eyelashes trembled slightly.

Yeyang's heart skipped a beat as he hurriedly lowered his eyes to look at his stomach.

When she saw that her pregnant belly was still there, she breathed a sigh of relief. "You're still safe. That's good!"

"Yang, I haven't seen you for a long time!" Suddenly, a cold and deep voice came to his ears.

Just as Yeyang was about to relax, her nerves were lifted up in an instant.

What was even more unexpected was that she was pregnant with a baby that night. She didn't want to get rid of the sudden accident and didn't dare to go home.

She knew that her family would not blame her, but she was afraid of those uncle-in-law. If she went back with the child, she would definitely bring endless troubles to her parents, so she had to hide.

However, except for the Ye family who was looking for her, when she was pregnant for four months, another group of people tried their best to kill her.

She had escaped for four months, but she didn't expect that she was framed by this group of people.

Ye Yang looked up at the masked man in black next to her. "What? In order to catch me, you have been chasing me for four months. Don't you even dare to show your true face now?"

Yeyang knew that she couldn't go head to head with these people. The anesthetic that these people put on her had not yet taken effect.

"Yang, you don't have to know who I am. Anyway, today, you are bound to die!" The man walked slowly to her side and put his white gloves on her belly.

"You, what are you doing?" Yeyang panicked, but the animals tied her up with iron chains, making her unable to move.

The man smiled darkly at Yeyang. He took two steps back and said to the doctor next to him, "Let's do it!"

The cold scalpel was pressed against her belly. Yeyang's pupils dilated. It turned out that these beasts wanted to dig out the child from her belly alive.

"No, no!" Yeyang shrieked desperately, but the group of human-faced and beast-hearted doctors didn't seem to have heard it at all.

"Ah!" The pain came as promised. Yeyang struggled, but she could only watch helplessly as the group of animals dug open her stomach.

She tried her best to stand up and saw the group of doctors holding the child that had been dug out of her belly.

No, there were two of them. She gave birth to a child!

Two crisp sounds of crying came into Yeyang's ears. She wanted to hug the two eight-month-old baby. However, even if she tried her best, she could only hear the child's cry.

Yeyang suddenly opened her eyes. She instinctively touched her stomach. When she touched her flat lower abdomen, tears could not help bursting out of her eyes.

That group of b*stards!

He heard the man's deep and husky voice with a hint of charm, but it was like ice piercing toward her.

Hearing the man's voice, Yeyang's eyes, which had been washed away by tears, suddenly widened.

Wasn't she dead? How could she hear the man's voice? Was this hell?

At the moment when Yeyang was in a daze, a scorching heat suddenly appeared in his body. The burning temperature was about to burn her out.

She remembered the night eight months ago when her child also got married that night.

But she didn't expect that she would be pulled into the underworld by the group of bastards at a glance when she looked at the child.

It was so real, but she didn't expect that there was a man to serve her!

In the dark night, all that was left of Yeyang was a pair of eye-catching eyes.

When her eyes met his, she didn't know what had happened to her. Unexpectedly, she reached out her hand to touch him.

Her hand, slowly, was suddenly grabbed when she was about to touch him.

The man grabbed her hand and lowered his head to kiss her in the palm of her hand. His beautiful thin lips opened slightly under the cool night sky. "You still have strength. It seems that you are much better than before!"

"What?" Yeyang had just asked.

All of a sudden, he felt a pain somewhere in his body!