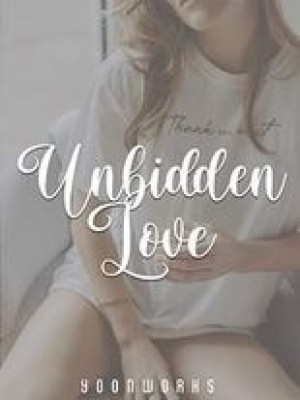 California loved Storm for so many years. Even before she debuted as a member of WHISTLE, she was secretly in a relationship with Storm. She was happy hiding and she didn't care about everything else. But fate must be against them as every time, it finds a way to break them apart. Until when can she hold on? Until when can she wait?

"What? Stop laughing!" I rolled my eyes over Zanaya who kept on laughing at my state. I was video calling her since today's shoot for the MV I was involved with just recently ended.

It ended earlier than usual which means I can go home. Tough luck though, there was an emergency and the manager who accompanied me for the shoot had to go back to the building because there had been a conflict of schedule.

So now I'm left alone, patiently waiting when I will be picked up. I could have gone alone but my ankle is swollen. Due to my carelessness, I slipped at one scene and since I was wearing some heels, I sprained my ankle a little.

I've already tried contacting the manager and I was told to wait and they'll fetch me once everything was settled. So now I'm camping on the stairs within the fire exit to hide from all of those people outside.

It's hard to mingle with people especially for amateurs like me. This is an industry where normally, your agency is your armor and though I am currently from BP Entertainment, I'm still a trainee and my armor isn't as strong as it should be.

Plus, some people always had that misconception about coming from BP Entertainment and I'm not getting any of that. At least not today.

This is how hard the life of a celebrity is. For someone like me who hasn't debuted and basically to those artists who weren't on a big company, they either have to go to a shoot alone, drive on their own and wait for everyone else because you have to.

If I knew I'll have to cry a lot during Imagine High's music video, I would have pleaded and begged Max to do it instead.

Crying is something I can't easily do, especially if it's forced. But I don't really have a choice, do I?

Hypocrisy aside, I knew for a fact that I am not at par in terms of dancing compared to all of the other trainees in BP Entertainment, but I at least try my best to make it up for it with something else.

"California, your eyes are really swollen, are you sure you can go outside looking like that?" concern laced over her tone and I had to resist the urge to smile at how adorable she looks.

Zanaya, Tokyo, and Max had always been the closest to me out of all the other trainees. Surely, I was close to a few more people but the four of us clicked really well the first day.

Tokyo is such a sweetheart. She may be from another country but sometimes, she's more of a Korean than I am. Most often, my heart cries for both Tokyo and Zanaya because they are a thousand miles away from their family.

The two would bicker with each other but cries together every time one misses their family. But I know that's half of the reason why they work hard and sometimes, I feel apologetic because most often, I was the reason why they have to practice longer so I can keep up.

"Hey, I'm still pretty even with my eyes swollen," I joked and she doubled with laughter.

There's no need to tell that my ankle was sprained. She'll definitely tell the others and I don't want them to be worried.

"Of course. Hey, I need to go. Tokyo is cooking in the kitchen. She might burn the place down. We'll wait for you here. Take care!" she sweetly stated and I bid my goodbye too.

Once the video call ended, a long sigh escaped my lips before putting my phone beside me.

My hands rested on the elevated step as I close my eyes.

Once again, I'm left all alone.

I bit my lower lip as I try to fight the emotion that is starting to bother my already calm state.

"Don't cry, Cali. You can do this," I whispered to myself as I feel the pain in my ankle.

My hands started fanning my face to keep myself from crying.

While seated on the stairs, I removed my shoes to free my feet a little.

It was already red.

When I tried to move my right foot, I almost shriek in pain so I started hitting my legs to keep myself from shouting.

"No, no, no. You can do it, Cali. Think about Dalgom. She needs a strong mom. Dalgom-ah, your Mom is not crying!" I started talking to distract myself. Dalgom is my dog. If someone hears me, they'll probably think I am weird but people have their own ways to deal with situations and I'm dealing mine this way right now.

"Aahhhh!" I shrieked in surprise when I heard someone speaking.

My head automatically searched for the owner of the voice and my eyes widened when I saw a figure on the upper level of the fire exit. He was leaning on the corner and it was a little dark so I didn't notice him earlier but I'm pretty sure he had been there the whole time.

"Oh my God, I'm sorry, did I wake you up?" I apologized and stood up so I can bow to him but I heard him snicker.

"Dalgom-ah's Mom is a little stupid and careless, I see," I heard him mumble and I was caught off-guard.

And then I saw him slowly stood up before reaching for the bag on the floor.

My eyes squinted as I try to see the face of the person in front of me.

I should be afraid because some stranger in denim pants and black jumper started coming close to me but I'm not sure if it was because I was tired or what but I wasn't afraid.

"The pain won't go away even if you cry," he stated. "Sit down," he ordered and it was as if I was in a trance, I followed his order without even objecting.

He was wearing a cap and a face mask but seeing him this close makes me see how his skin seems so pale yet it looks so soft.

"Have you eaten?" he asked, his voice a little raspy and it send shivers through my spine.

"Yeah," I mumbled and I watch as he sat in front of me, his hands suddenly reached for my swollen foot and I flinched in surprise.

But he still checks on it.

"Put an ice on it once you reach home or better yet, ask to be sent to a hospital, that would be better," he stated and my mouth hung wide open.

Is he a ghost or something?

Just then, he lifted his gaze until our eyes locked with each other.

His eyes were beautiful like thousands of emotions were hidden inside them.

And then I heard it, the irregular sound of my heart beating.

It was fast. Too fast I'm not sure if it was normal.

"Than-" before I can even finish, I screeched when he suddenly flicked my forehead. My hand reached for it and started rubbing to ease the pain.

I glared at him in annoyance.

"Next time, be alert when a stranger comes into you especially when you're all alone in a place like this. Better yet, don't stay alone in here because it's not safe," he snickered and I rolled my eyes in frustration.

But before I can even say something, I watch him as he reaches for my phone and started doing something. The next thing I knew was the sound of another phone ringing, which I assume was his.

"Send me a message once you're home so I'd know Dalgom-ah's Mom is still alive," he stated which left me in awe.

Did he just call his phone using mine?

And did he just indirectly call me stupid?

"Wahhhh," I exclaimed in surprise. What's happening right now feels so weird I'm not even sure if it's true.

Just then, my phone started ringing and I saw my manager's name on it so I grabbed the phone from his hands so I can answer.

"Yes, thank you, manager Jen," I bowed as if my manager is in front of me.

Once the call ended, I glared at him in annoyance.

"Sorry for bothering you but please erase my number from your phone," I scowled at him but to my surprise, he removed his cap and put it on my head instead of revealing his brown hair.

To say that I was surprised was an understatement.

His hands started fixing my hair a little and I was left in awe.

He was a mystery.

It scares me how I felt comfortable the moment I saw him even without knowing what he looks like. Moreover, it amazes me how he seemed to be comfortable to be the same way when I was sure this is the first time we met.

He stood up from sitting in front of me before heading through the door.

"Go out in a minute. It's not safe here," he whispered before opening the door. "Storm..." he said next and I was once again surprised. "It's Storm Michaels to them but to you, I'm just Storm,"

My mouth hangs wide open as he casually went out as if nothing just happened.

"What was that?" I talked to myself.

My hand reached for my things as I try to assess everything that had happened.

In a span of five minutes, a lot had happened and I am so confused.

My eyes fixated on the door where he just left.

Coz there's no way he is real.