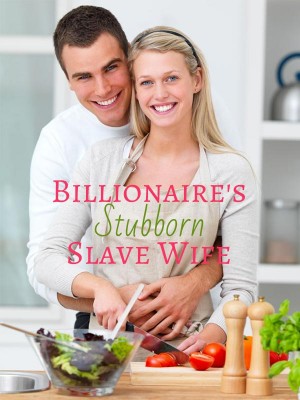 He kicked her bulging belly in anger. Blood began to flow from beneath her and she sneered. "I forgot to mention that the baby is yours."

On the large white bed, two naked bodies were entwined. Looking at the man's cold expression, a trace of loss flashed across the woman's face. The lust in her eyes instantly faded. "Put your clothes on, I don't want to see your filthy body." Tears instantly fell from the woman's eyes, but she stayed strong and put her clothes back on. "Matthew Yin, don't you forget that you just fucked this filthy body, you are in no position to criticize the body that sent you into a frenzy."

"You're questioning my words?" His icy cold voice seemed to freeze the air. Even though Lauren Lee would hear such a voice every day, her body, nonetheless, couldn't help but tremble from fear. But she would never admit defeat to him.

"Matthew Yin, today I have made love to you, you can fuck off, among the men who have slept with me, your skills are the worst." Lauren's eyes were filled with disdain.

"Hahahaha" Matthew suddenly sneered, a gloomy aura emanating around his whole body. Although Lauren's face displayed fear, yet she forced herself to lift her head to face this Satan who came out from hell.

"Lauren Lee, Remember! You owe me this. In this life, without my permission, you can only have sex with me. The game was started by me and can only be ended by me. I will make your life worse than death and you will only live in pain for the rest of your life. You will pay the price you deserve for what that you bitch mother has done."

Looking at the tears on Lauren's face, Matthew actually felt an urge to pity her, but when he thought that the pain he had suffered was caused by this woman's mother, his face, all of a sudden, darkened, and his gloomy eyes, sharply stared at Lauren.

"Let my mother go, and I can do whatever you want." Although she disdained her mother's behavior, but it was her mother after all, and Lauren really didn't want to see her mother being retaliated by Matthew in her old age.

Matthew suddenly withdrew his hand and forcefully confined Lauren's slender waist, his eyes revealing a coldness that made her heart palpitate.

"Accompany me to the banquet tonight and entertain that important client named Ito, if you can't handle him, you'll be waiting to receive a corpse for your mother!"

Lauren smiled faintly, her smile was very forced and pale.

"Are you challenging my bottom line?"

"Challenging?" The corners of Lauren's mouth rose slightly, and her originally innocent face was now covered with a sarcastic smile.

Matthew didn't know why, but he was a little uncomfortable when he saw such an obedient Lauren. After three years, he was already used to Lauren facing himself with a stubborn attitude.

Lauren blinked her innocent and beautiful eyes. But her eyes were full of despair.

A slap, accompanied by a cold wind, hit Lauren's face fiercely with such force that she, who was very weak, fell straight to the ground, her smooth back, hitting the cold ground so hard that her back was left with patches of bruises.

Looking at Lauren, who had fallen to the ground and was in a mess, Matthew's face lifted with a smug smile. He smiled and crouched down in front of Lauren, her sexy lips slightly upturned, and Lauren knew the coldness and harshness beneath that charming smile.

Matthew's long finger hooked Lauren's chin and forced her to look at him. The pain in Lauren's jaw let her know that she had once again angered this man.

"Lauren, remember what you are, you are just a plaything, a whore for me to fuck whenever and wherever I want. You are a slut. Remember, sluts don't get a good end, and I will let you die by my hand little by little. Listen carefully, don't let me smell another man on you, or I will make that man disappear from this world immediately. You know, I have the power."

The coldness that penetrated her bones made Lauren close her eyes in despair. She thought of dying, but was brought back from hell again and again by Matthew, and when she came back to life, she faced his even crueler punishment.

Lauren struggled to get up from the floor, but Matthew didn't give her the chance, instead he picked her up from the floor and threw her from the air to the big white bed. Lauren felt a dizzying sensation as she was thrown onto the bed, and then a hot body pressed up against her.