Home/ HER EVERY FANTASY Completed 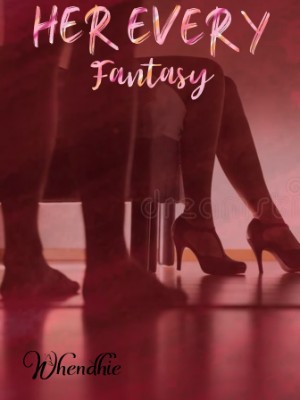 &quot;So.... what would you like tonight to be?&quot; Jasmine asked. Collins paused to consider. His eyes beamed a speculative challenge as he answered, &quot;Whatever two strangers want to make of it.&quot; &quot;Without a tomorrow.&quot; &quot;Tomorrow I'm gone.&quot; Well, that was laying it on the line! &quot;Then I'll just take this one-night experience with the man behind the name,&quot; she countered, pride insisting that his schedule did not affect her expectations from this blind date, which had been zero before she met him anyway. Sexual invitation simmered back at her. &quot;I wonder if you will.&quot; ______ It was passion at first sight... Jasmine's blind date with Collins Templeton, a notoriously charming  tycoon, was the last thing she needed And more than a one-night stand... The second they met, Jasmine recognized sexual challenge in Collins eyes. Their date led to one unforgettable night - with consequences that would change their lives forever...

Collins Templeton rolled his eyes at the idea of putting himself out for a woman he hadn't seen, knew nothing about, and would never meet again, given the work schedule he had lined up.

"Hell no." he said, "Definitely not doing that. It's not going to happen"

"Why not?" his old friend, Leonard Cooper asked with a slight frown on his face.

"Because I said so" Collins retorted.

"She's a stunner," Leonard assured him.

"Stunners are two a penny in my world. All of them relentlessly ambitious."

"That might be so in L.A., but this is home time in Australia, remember? Look, Favour's sister is something else."

"Something else like what?" asked Collins with a confused look on his face. His derisive tone earned a chiding shake of the head.

"You're jaded, mate. When was the last time you let yourself do something like this? A long time ago... Probably even never. Which is why you're here spending a week with me. A night out with a gorgeous down-to-earth beautiful woman will do you good. Trust me when I say this."

Collins winced at the argument, turning his gaze to the soothing view of the sea rolling its waves onto the Beach. They were sitting on the balcony of a house Leonard had recently acquired—his getaway from the pressure of being a dealer for an international bank. It was only an hour and a half away from Sydney, the perfect place to relax, he'd told Collins , persuading him into this week together, catching up on old times.

They'd been friends since school days and had always kept in touch, despite their different career paths. Leonard was geared to competitive risk-taking while Collins had sought the creative fields opened up by computer technology. He'd built up a company that was now in hot demand for producing special effects for movies.

But he didn't want to think about work yet. Tomorrow he was booked on a flight back to Los Angeles and he'd be getting his mind prepared for a series of important meetings, but today was still about recapturing the carefree days of their youth; eating hamburgers and French fries for lunch after a morning of riding the waves on surfboards and baking their bodies in the sun.

It had been a great week; not having to impress anyone or win anyone over. He and Leonard had done all the things they used to do—playing chess, challenging each other to listen to their choice of music, drinking beer, swapping stories...just having fun.

He felt wonderfully lazy and didn't want to give up the feeling. Not until he absolutely had to. Here it was, Saturday afternoon Down Under, midsummer, and the living was easy.

He didn't need a blind date. Didn't want one, either. Didn't even want to think about it. His broad chest rose and fell in a contented sigh. This was more than good enough for him.

"Leonard, look" he began. "I honestly don't mind that you've got a date with your girlfriend. Go out and enjoy yourself. You don't have to look after me. I'll be perfectly happy with my own company."

"I can't get out of it. It's Favour's birthday," he went on, making it clear that Collins refusal to go along with the plan put him into conflict.

The week had been special. Was he being a spoilsport, ducking out on sharing this last night?

Favour Leclaire according to Leonard, was very special. He'd met her walkingher dog on this very beach. She even had a head for finance, holding quite a responsible position in the Treasury Department and living here on the central coast because she worked two days in Sydney and threein Newcastle. This could develop into a serious relationship, which was fine for Leonard who was getting close to burn-out and looking for more from life than a tight focus on the world's money markets.

Collins was currently riding a high wave of success with a string of big movies featuring the special effects created by his company. No way was he ready to ease down from that creamy crest. He didn't have the time or the inclination to link up with a woman who wanted any kind of commitment from him. Too demanding. Too distracting. Besides he was only thirty three . He wanted what he had achieved. He wanted more of it. Finding a special woman could wait.

"I tell you, Collins, if I hadn't got to know Favour first, I'd probably be chasing after her sister," Leonard ran on, intent on persuasion. "Jasmine is a knock-out"

"So how come she's available on a Saturday night?' Collins dryly commented.

"Oh, same as you. Taking time out. Spending the weekend with her sister,"

"And I guess Favour doesn't want to leave her alone, either"

"No, she doesn't." said Leonard. Realising he'd been tripped into the truth, he screwed his face into a hangdog appeal. "So help me out here, will you, Collins? Please?"

He really cared for this woman. Collins hoped the feeling was returned and Leonard wasn't being seen in terms of a good catch. Which he certainly was, financially. And he wasn't bad in the looks department, either. He was shorter than Collins but his physique was good, no flab on him.

His dark hair was receding at the temples and he'd had one of those ultra-short buzz cuts, defying the signs of encroaching baldness. Definitely a testosterone thing, Collins thought, but it had the advantage of never looking untidy, not like the wild mess of his black curls, although he figured they gave him an artistic image which was probably helpful in his business.

Leonard had always had a very expressive face, not exactly handsome, but likeable. He had an infectious grin and his green eyes could quickly radiate a mischief that invited fun. Collins knew his own humour was more quirky, challenging to a lot of people, though Leonard had always understood it.

Dark, he called it, often adding that Collins had to have a dark and twisted soul to think up some of the special effects he created for movies. His olive skin tanned darkly, his eyes were dark, his teeth were very white—definitely a vampire in a previous life, Leonard joked.

Whatever...on a surface basis, women wore more drawn to him than they were to Leonard. It was a fact of life outside of his control. He just hoped this Favour Leclaire would treat his friend right tonight—no roving eye.

"Okay. I'm in," he conceded finally. "As long as you accept that if I find this... Jasmine a total bore, I'll make an excuse to come home early."