Home/ President, Why Me Again? Ongoing 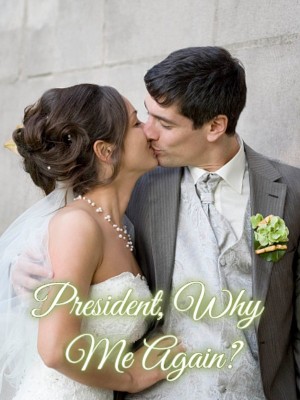 President, Why Me Again?

She was chosen to be his bride during the Selection Ceremony. He was the powerful Crown Prince of the Huo family, but he doted on a woman so much that he didn't care about her. Later, Huo Tingchen received an interview from the media, and the reporter asked, "Mr. Huo, what do you like to do with Mrs. Huo every day?" He looked at his wife with a doting look on his face and replied, "Three meals a day!"... Later on, Xia Qiye realized that what Huo Tingchen loved most was just a shadow on her body... "Get a divorce!" Xia Qiye left behind a divorce agreement, and it disappeared without a trace... Three years later, she took another man's hand and greeted him with a smile. "Mr. Huo, how have you been!"

The fierce wind rolled up the dark clouds, and the darkness swallowed the cold night.

After a while, the sound of thunder and heavy rain could be heard.

The door of a special villa was opened, and two figures were rudely pushed out of it.

"Shameless bitch! The reputation of the Ji family has been ruined by you! Get out of here with this little bastard!"

Xia Lily was pushed to the ground. Ignoring whether she was injured or not, she quickly held the little figure beside her tightly in her arms.

The cold rain fell on their faces, and the pain spread all the way to their chests.

The five-year-old girl didn't understand that their luggage had been thrown out. Were they going to have no home?

Xia Lily hugged her daughter tightly, picked up the luggage on one side, swallowed her tears, and walked out of the villa step by step with embarrassment.

After they left, a black recreational vehicle chased after them.

In a shabby house.

In the middle of the night, the girl was awakened by a strange sound. She did not know when her small body was hidden under the bed. She sobbed and wanted to climb out, but was pushed inside by a pair of feet.

She didn't know how long it took, but she heard a heavy sound of the door closing. She tried her best to climb out of the bed, only to see her mother lying naked on the bed, covered with shocking scars.

Under the snow-white sheets, the red blood was blooming enchantingly.

On the bed, Xia Lily's breathing was very weak. Her hand caressed the little girl's face greedily, and her breath was chaotic. "Well, I can't do it anymore... You must remember that you will always be the daughter of this Ji trip!"

"When you grow up, remember to bury my ashes with your father's..."

The little girl cried helplessly. No longer ignorant of the affairs of the world, she also knew that her mother was leaving her...

At the age of five, Xia Qiye lost two of the most important things in her life, home and her mother...

Night was coming, and it was another rainy day.

The cemetery outside was extremely vast today, because there was a high-ranking noble family buried in it—the trip to Ji County!

There were already two rows of solemn-looking men in black standing at the place where the Ji trip was buried. The leaders were the son and brother of the Ji trip.

After burning the paper and kowtowing, the crowd dispersed. Numerous expensive cars slowly drove out of the cemetery.

At this time, a graceful figure, holding a black umbrella, slowly walked in the quiet cemetery with a urn in her hand.

The girl had a delicate and pretty face, delicate facial features, bright eyes, and an unusual white skin. Her long hair was blown up by the wind, leaving a refreshing fragrance wherever it went.

She walked straight to the tombstone of the Ji trip and looked at the smiling man's face in the photo with devout eyes.

Her tears fell inadvertently. She threw away the umbrella in her hand and bowed deeply.

When she was five years old, she and her mother were driven out of the Ji Clan. It had been nearly fifteen years since they left their homeland.