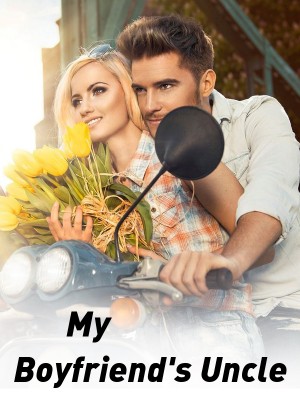 Jaicelle Crammy Villareal,was just a simple girl living a simple life when one day she receive a call from police that change entire life because,she found out that her long-time boyfriend, Angelo Lebrias, was cheating on her with her best friend Rose and have been arrested under suspicion of solicitation of prostitution. They both insisted that they were meeting each 11other at the hotel for a date.The Police officer asked come down to the station and testify that they are indeed a couple, so that I can let them go...&quot; Everything that happened since then was nothing short of a roller coaster ride. As if things where not bad enough she go to bar and ended up drunk, she accidentally ended up with in Angelo's uncle's car Anthony Lebrias,President of King Group, &quot;Damn it, you reckless woman! You seduced me first; you've brought this upon yourself.&quot; she woke up the beast inside him that had slept for a long time. and where they ended up--- doing it. Soon, Crammy found her self in a tug-of-war between her ex, Angelo and his uncle, Anthony. Who will win in the battle of love between the two?To win for Crammy' Heart.

Jaicelle Crammy Villareal is on her way home from a long, and tiring day of working when she suddenly received a call-it  from the police.

"Hello, is this Ms. Villareal?" The officer asked. "Yes, " Crammy replied. "Your friends, Mr. Angelo Lebrias and Ms. Rose Delos Reyes have been arrested under suspicion of solicitation of prostitution. They both insisted were meeting each other at the hotel for a date. Could you please come her to the station, and testify they are indeed a couple so that I can let them go?"

The shocking news froze Crammy's body to the point where she couldn't move a single muscle.

When she arrived at the police station.

With a single glance, she recognized the man and woman sitting together in the hall. The man was her boyfriend Angelo Lebrias and sitting next to him was her friend, Rose Delos Reyes. They were leaning against each other like a couple on their honeymoon.

With her fists clenched, the anger that she felt intensified, Crammy walked towards them. One step at a time her feet felt like lead.

Rose's eyes were the first to catch Crammy. "I am so sorry, Crammy!" said Rose with her deceitful eyes, pretending to be apologetic.

Angelo turned around and saw his girlfriend walking towards them. Without thinking, he spontaneously pushed Rose away and stood up in a rush before Crammy could even say anything.

He was panic-stricken, nervously shifting his eyes away, and body went numb as he lost the courage to face Crammy.

"Tell her everything, Angelo." Rose suggested.

"Nonsense, Stop it! Don't even joke about that!" Angelo glared at Rose, indicating warning to stop spilling anything else.

"Crammy, I promise to explain everything later but right now, I need you to tell the police that we're innocent, " he requested as if it were nothing to happened.

He reached out his hand but Crammy wouldn't take it. She managed to squeeze out a sentence in response, "You'd better have a good explanation for this." She stared at Angelo in disgust.

After going through the necessary paperwork and formalities the two was released and the three of them left the police station together.

"Angelo how could you do this to me? You jerk!" Crammy yelled angrily after stepping out of the police station.

"Listen to me, Crammy!" Angelo frowned and pleaded, trying to hold Crammy's hand as she pulled herself away.

"I don't want to hear a single word from you! Not after you've been caught red handed having an affair with another woman, " Crammy growled at Angelo.

"How did it feel when the police officer accused you of screwing a prostitute? If I had known what was really going on, I would have never come to the station to bail you out," Crammy wiped the tears off her reddened eyes, full of anger and disappointment.

They had nerves to asked the police call her to bail them out, Crammy felt sick. Well, the two got what they wanted if trying to disgust her!

Embarrassed by Crammy's words, Angelo snapped back at her, "Yeah, I slept with Rose! So what?"

After hearing those words, Crammy felt dizzy and her heart sunk to her feet. She struggled to keep her balance. Angelo approached her to help but Crammy pushed him away as if she had touched something dirty.

Angelo felt like his heart was being pierced by a thousand needles. "Crammy, " he murmured and finally changed to a softer tone, "Forget about the other girls. You're the only one I love, my one and only."

Angelo's words incited Rose's jealousy but she pretended understanding to persuade Crammy in a soft voice. "He's right, Crammy. You and Angelo are made for each other. I could never steal.

"Shut up!" Crammy sternly interrupted Rose, gnashing her teeth in anger, "You have no right to say anything!you shameless whore! We're done! We are no longer friends." she yelled.

"Crammy, please don't do this to me?" Rose pleaded in a sad tone while her eyes were like a bad disguise, clumsily revealing her complacence and arrogance.

"I've promised that I will only love and marry you. What else do you want?

" Now,I stop? You sleeping with other women and lying to me the whole time? Sorry, I will not stand for that kind of love any longer!"

"It's not enough. Love needs loyalty. But you obviously, are not loyal to me!" she said in fustration.

"Crammy, I'm the firstborn and only son of my father the Master of Lebrias clan. I will never have only one woman by my side,no matter if I'm single or married. Do you understand?

"Thwack!" Crammy served him a mercilessly, tight slap across his face.

Angelo's face stung as he tilted his head. Clearly visible under the street lamp, her hand left a red welt on face and his eyes were filled with shock as he struggled backwards.

"Crammy! What's wrong with you?" Angelo howled angrily, looking at her with disbelief and fury.

Born with a silver spoon in his mouth, he  never been hit by anyone since he came to this world.

"Angelo, I'm breaking up with you! We're done!" Crammy was ready to leave, exhausted and lacking the strength to put up with the drama any longer.

Just as he was about to run after Crammy,

Rose came from behind and hugged him tightly.

"Angelo, don't leave me alone." Rose skillfully placed her arms around Angelo's waist gently, "Crammy is just too angry to think clearly right now. She didn't mean that. You should give her some time to calm down. You are such a great guy. How could she give up on you?"

Once Angelo understood what Rose had said, he eventually calmed down.

The Lebrias clan, a prestigious clan with centuries of prosperous history was the main source of the city's political power. They almost do whatever they wanted in this city. Angelo Lebrias was his father's only son and heir, which showed his incomparable status in society. How could Crammy find another man like him?

It would take a few days off to cool down and reconsider their relationship. Meanwhile, Angelo thought she must came to be aware of the fact that even thought he love her. His patience have limitations, if anyone else slapped him other than Crammy their hands must be broken.