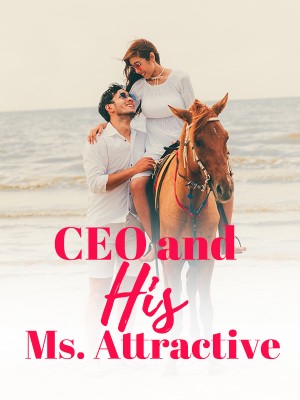 CEO and His Ms. Attractive

"Mr. Sheng, this guest is very important tonight. You must treat him well for me. If you screw it up..."

Tong Xiao Nuan pressed back the man's outstretched hand and said, "That's enough, Mr. Liu. I don't know who's here today to make you like this."

The expression on Tong Xiao Nuan's face stiffened slightly, and the person opposite her immediately noticed it. He looked at her and asked, "What's wrong? Is there anything wrong?"

Tong Xiao Nuan smiled and shook the glass with her slender and white fingers. She said, "It's nothing. I just didn't expect that I would run into such a big shot one day."

Tong Xiao Nuan finished her words and said, "Mr. Liu, don't worry, leave it to me!"

In the dimly lit box, almost all of the people were seated. When Tong Xiao Nuan followed Mr. Liu into the room, she could see that it was the man sitting in the middle of the sofa.

He was wearing a white shirt with no tie. The button on it was unbuttoned, revealing his fair skin.

"Mr. Zhou." Tong Xiao Nuan walked over slowly and sat beside him.

Although this was not Luo City, almost everyone knew him. Two years ago, he, who was a medical student, gave up his study and started to do business. He shocked the whole shopping mall as soon as he showed up. Now, under his leadership, the value of Zhou's Group had increased several times. Zhou's Group was the most eye-catching diamond king five among all the single women in China.

Hearing the voice, Zhou Jingshen's gaze slowly fell on her.

Tong Xiao Nuan picked up the glass and said, "Mr. Zhou, this should be the first time you've come to our club, right? Have fun!"

After finishing her words, she didn't care whether Zhou Jing deeply agreed or not and finished the wine in one breath.

"Mr. Zhou, this is the famous Miss Mr. Mr. Wansheng of the club." Mr. Liu immediately said with a smile on his face.

Zhou Jingshen hooked his arm around her chin and said, "Binghuan?"

Tong Xiao Nuan looked at him with a smile and said, "Yes, Mr. Zhou, would you like to have a drink with me?"

Zhou Jingshen didn't say much, but every time Tong Xiao Nuan handed him the wine, he didn't refuse. After drinking a glass of wine, Mr. Liu looked at it with a smile on his face.

Tong Xiao Nuan's drinking capacity was good, but she also couldn't hold it up after several rounds with Zhou Jinghe. She made an excuse to go to the bathroom. As soon as she closed the door, she vomited directly.

Tong Xiao Nuan rinsed her mouth and slowly lifted her eyes to look at herself in the mirror.

Her face was pale and her makeup was a little messy.

Just as she was putting on lipstick, the door of the bathroom was suddenly pushed open.

Tong Xiao Nuan was startled and the lipstick on her hand fell to the ground.

Tong Xiao Nuan smiled calmly when she saw the person in front of her. She bent down and picked up her lipstick. "Mr. Zhou, are you in a hurry? So why don't you..."

Tong Xiao Nuan had just straightened her body when the person in front of her suddenly took a step forward. Following which, his hand wrapped around her waist and a kiss landed on her.

Tong Xiao Nuan's hand was pressed against his chest. She wanted to push him away, but he pushed her against the wall instead.

His kiss was extremely overbearing, carrying with it the scent of cool mint. His hand was also unceremonious, and he went straight inside from the collar of Tong Xiao Nuan's clothes...

This time, Tong Xiao Nuan had no choice but to reach out and hold his hand.

After drinking the wine, her eyes were blurred. The corner of her mouth was slightly swollen, but she looked charming.

Zhou Jingshen looked at her, his calm eyes telling Tong Xiao Nuan that he was not drunk.

Upon hearing this, Tong Xiao Nuan couldn't help but laugh and said, "Perhaps it's because people who are good-looking... look about the same?"

"That's right." Zhou Jingshen slowly loosened his grip on her hand. He did not say a single word and turned around to leave.

When his figure left her sight, Tong Xiao Nuan finally let out a sigh of relief, her body leaning against the wall and sliding down little by little.

Then, she slowly looked at herself in the mirror on the opposite side.

That day, Boss Liu left with a smile. The next day, Tong Xiao Nuan received a bank transfer message from him.

Tong Xiao Nuan took a look at the numbers on the screen and put her phone away. She pulled up the blanket and went to sleep.

Recently, there had been a large government bidding project in Le City, which was the reason why Zhou Jingshen appeared here.

Tong Xiao Nuan had just closed her eyes when the phone rang.

It was an unfamiliar phone call. However, Tong Xiao Nuan could tell from the series of good numbers that this person was definitely not an ordinary person.

"Miss Hun." A cold voice came from the other side. "There's a cocktail party tonight. Would you like to attend it with me?"

Tong Xiao Nuan already knew who he was, but she couldn't help but clench her hand on the blanket. She said in a bright voice, "Mr. Zhou, don't you know that my job is at night?"

Tong Xiao Nuan smiled and said, "Since Boss Zhou is so kind to invite me, I won't refuse. What about the address and time?"

"Give me your address, and I'll pick you up in the evening."

After saying that, Zhou Jingshen hung up the phone.

It was only when Tong Xiao Nuan heard her roommates swearing and swearing outside her dormitory that she sent her address to Zhou Jingshen as if she had just realized what was going on.

Tong Xiao Nuan saved the number. On the list of names, she added a single word to the number.

Tong Xiao Nuan asked for leave from the manager and changed into her formal attire.

She wore a long red dress with an off-the-shoulder jacket revealing her white skin and beautiful collarbone. Her hair was pushed aside like a wave soldier, and she had exquisite makeup and impeccable facial features.

Zhou Jingshen's car stopped downstairs. While everyone was guessing whose rich financier it was, they saw Tong Xiao Nuan slowly descending the stairs and opening the door.

"This bitch is so brilliant that she killed Mr. Zhou in just one night!"

Tong Xiao Nuan closed the door behind her and shut out all sounds.

Zhou Jingshen was sitting right next to her. He was dressed in a black suit, and his hair was combed up, revealing his handsome face. When he looked at her, the corners of his mouth were slightly upward.

Tong Xiao Nuan smiled and leaned back in her seat. "No matter what, you can't lose face for Boss Zhou, can you?"

Zhou Jingshen seemed to smile for a moment. He looked ahead and said, "I think so."

The car drove into the venue of the party.