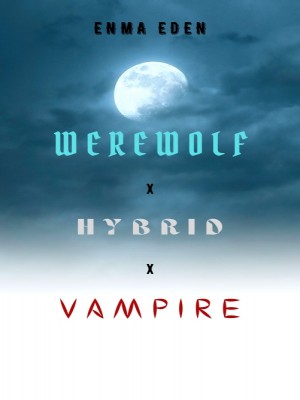 Lileth Greenwood finds out that her boyfriend of two years has been keeping a secret from her. A secret so heavy that it could either make or break their relationship. at the same time, she unknowingly caught the eyes of the Vampire King. Copyright ©️ 2021 Enma Eden All Rights Reserved

Lileth was one to steer clear away from trouble, not having the strength to deal with the bullshit that is the Empire.

But, as usual, trouble cheery skipped it's way over to her.

Looking flatly at the scene before her, Lileth wondered if humans were made different. As in stupid different.

Who in their fucking right mind tries to rob a fucking blood bank owned by vampires? Like, how stupid can you get?

Lileth heaved a silent sigh of irritation as the idiots kept on shouting orders. For fucks sake, all she wanted to do was sell the blood bag filled with her blood, get her money, and get the fuck outta there before more vampires noticed her - most specifically, her scent.

Lileth here has a problem. Her blood was a fucking emerald mine.

According to the comments the bank gave to her, they had to dilute her blood a little bit because it was too addictive. Only the Higer Vampires could drink her blood the way it was without going on a bloodlust frenzy.

Although troublesome, it paid a lot of cash. One hundred thousand Emperial Credits for a bag of blood is a LOT of money. Add to the fact that she's working in a vampire owned company, Lileth's getting paid!

Anyways, back to the situation at hand. The cool walnut skinned woman was currently in one of the robber's grasp and has a gun pointed at her head. Her eyes twitched in irritation as the moron kept screaming in her ear.

Do these idoits know that vampires have super speed? The only reason why they were still alive and still breathing is because they are humans. The Supernatural world have always seen humans as the weak fragile one, so they treat them with kindness. Kindness that they abuse.

Honestly, Lileth gave zero fucks about them and wished for their extinction. But according to some bozo, humans provide new blood into various lines of species. Not that that fact was wrong though.

The manager of the bank was trying to negotiate with them, her voice soft. She kept throwing Lileth worried looks, her red eyes promising her that she'll be safe.

Honestly, Lileth just wanted to get the fuck outta there. She has to pick up her teenage siblings and she has to prepare for their weekend nights together.

Lileth closed her eyes and let out a loud sigh. When her eyes snapped open again, they were glowing maliciously.

Without further ado, Lileth made the robber holding her to simultaneously combust into blue flames. Lileth moved forward and away from the screaming human, her face impassive and cold. Before the other humans could react, Lileth froze them - literally.

"How irritating." Lileth said with a cold tone.

"Are you okay, Ms. Greenwood?" Manager Zhang asked, drawing Lileth's attention to herself. The vampire couldn't help but flinch as those glowing green eyes settled on her.

Whispers started flying around the room as they realized what was standing before them all. Some looked at the peach colour - with teal tips- haired woman with awe, and others looked at her with distrust.

Lileth drew her powers back in, making her eyes to go back to the gold with green fleeks eyes they were moments ago. Her eyes roamed the room and she heaved a sigh of exasperation.

Fuck. There goes her incognito life then.

"I apologize for the..." She spared the frozen humans a look of disdain. "Mess, Manager Zhang."

"No need to apologize, Ms. Greenwood." Manager Zhang inclined her head at Lileth. "I humbly apologize for the trouble." She spared a glance at the whispering and staring customers in the bank. "An additional ten thousand will be deposited into your account for the trouble. I do hope this doesn't deter you to do business with us."

Lileth used a hand dusted her skin tight royal purple gown, even though it immaculate to begin with. Her left hand still held her expensive purse.

"No harm, no foul, Mrs Zhang." She gave the vampire a small smile. "I have been banking with you for 20 years, Mrs Zhang. The stupidity of mortals won't stop that."

With another incline of her head, Manager Zhang bid her a good day.

Lileth calmly walked out of the bank, not paying a lick of attention at the stares thrown her way.

Unknowingly to her, a certain someone was in the bank. Above in an office and staring down main hall, vivid dark green stared at the whispering patrons below.

Lileth made her way over to her car, unaware that she had caught the attention of the world's most dangerous vampire.